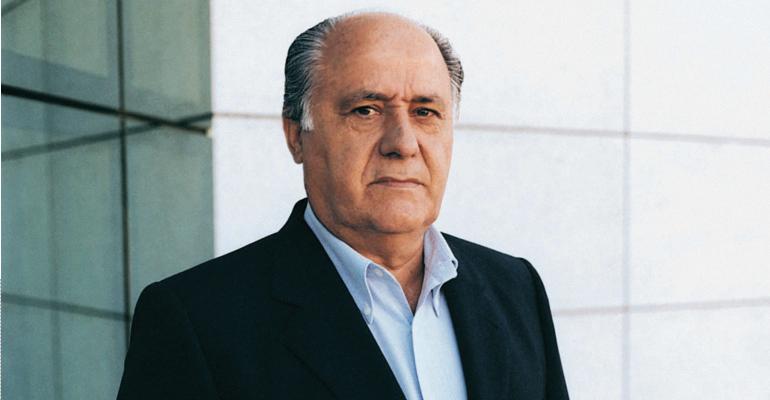 The multibillionaire behind Inditex SA bought a Chicago hotel for $72.5 million, in addition to a building in D.C. and two Seattle leases.

(Bloomberg)—Amancio Ortega is a Spaniard conquering the U.S. in the 21st century.

This month, the investment vehicle of the multibillionaire behind Zara owner Inditex SA completed a $72.5 million deal for a downtown Chicago hotel. That followed purchases within the past six months of a building in Washington’s central business district and two Seattle offices leased by Amazon.com Inc. for a combined $1.1 billion.

Ortega’s U.S. spending spree increases the value of his global property empire beyond $13 billion, according to the Bloomberg Billionaires Index, giving him the biggest real estate portfolio among Europe’s super-rich. Diversifying his fashion fortune to preserve his sizable wealth, Ortega has invested more than $3 billion in U.S. real estate over the past six years, acquiring landmark properties like Manhattan’s historic Haughwout Building and Miami’s tallest office tower.

“If I’m a billionaire investor trying to preserve my wealth for the long term, I’m looking at key buildings in major cities,” said Alex James, a London-based associate partner at real estate broker Knight Frank’s private client team. “Most billionaire clients we deal with are looking to buy in cash. They compete with major institutions -- typically cash buyers, too -- so it all comes down to price.”

The economic stability of the U.S. has made it a popular destination for foreign real estate investors. Cross-border acquisitions of U.S. commercial property totaled $94.9 billion last year, near a record high, led by Canadian, French and Singaporean buyers, according to Real Capital Analytics.

U.S. property makes up the largest share of the real estate owned outside Spain by Ortega’s main investment vehicle, Arteixo, La Coruna-based Pontegadea Inversiones SL, regulatory filings show. In March, the firm paid $740 million for the Amazon-leased properties, which the local county assessed at $550 million, the Seattle Times reported. The deal is among Pontegadea’s biggest and rivals what it paid last year to acquire a London office building from Blackstone Group LP.

“The Amazon deal is a statement as it’s a major infrastructure office,” James said. “The difference between Pontegadea and a Blackstone or another private equity firm is that billionaire capital can afford to hold the asset for a lot longer. They won’t have a five-year hold and then sell it off.”

A spokesman for Pontegadea and Ortega’s charitable foundation declined to comment.

Beyond the U.S., Pontegadea has invested in property around the U.K., Canada and Ortega’s native Spain, focusing on major cities including Madrid and Toronto. In a rare move away from real estate, the investment firm agreed last year to acquire a stake in Telefonica SA’s tower unit -- Telxius Telecom SA -- for 378.8 million euros ($423 million).

Ortega, 83, has a net worth of $63.6 billion, according to the Bloomberg index, making him the world’s sixth-richest person. Most of his fortune derives from his majority stake in Inditex, the world’s largest fast-fashion clothing chain operator. Ortega, unlike other multibillionaires, funds his investment vehicles through Inditex dividends instead of pledging shares to finance loans for other acquisitions.

SoftBank Group Corp. founder Masayoshi Son has pledged about a third of his holding in the firm, filings show, while Larry Ellison has pledged millions of Oracle Corp. shares. Since Inditex’s initial public offering in 2001, Ortega has received more than $9 billion of dividends, according to data compiled by Bloomberg.

Once the world’s second-richest person, Ortega’s wealth slumped as Inditex’s revenue growth stagnated. Its shares have dropped more than 30% since hitting a record high two years ago and were little changed at 25.06 euros at 12:05 p.m. in Madrid.

“Revenue was growing 10% a year about a decade ago, but they were less mature then in almost every market in which they now operate,” Charles Allen, a Bloomberg Intelligence retail analyst, said in an interview. “The big market where they still remain quite small is the U.S.”

Ortega has spent most of his life in the garment business. The son of a railroad laborer, he started working in a clothing shop in the northwestern city of La Coruna at age 13. In 1963, he began making women’s bathrobes with his siblings and soon-to-be first wife, Rosalia Mera. He opened the first Zara store in 1975 and incorporated Inditex, a holding company, a decade later.

Ortega stepped down as Inditex chairman in 2011. He never had his own office, preferring instead to work alongside employees in the main design area, according to “Zara and Her Sisters: The Story of the World’s Largest Clothing Retailer” by Enrique Badia.

“He comes across as very authentic,” said Keith Johnston, CEO of Family Office Council, a U.K. network of about 100 family offices. “He’s a man of the people.”