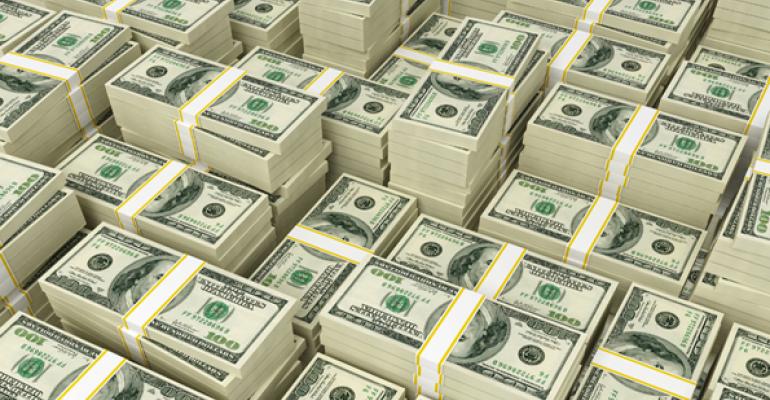 Data from both Real Capital Analytics and the CoStar Group shows sales volumes declining in most of the core CRE sectors.

Evidence continues to mount that real estate investors are becoming more cautious as investment sales volume in the third quarter fell 6.0 percent compared to the year prior, to $151 billion, according to research firm Real Capital Analytics (RCA). However in two of the sectors RCA tracks—industrial and hotel—sales volumes rose by double digits relative to the same period in 2018.

Industrial sales volume in the third quarter rose by a whopping 63 percent compared to the same period in 2018—to $40.6 billion. The increase in volume coincided with both an increase in the number of properties sold (by 11 percent vs. the prior year) and an uptick in RCA’s Commercial Property Price Index (CPPI) for industrial assets, by 11.9 percent. Cap rates in the sector compressed 10 basis points during the quarter, to an average of 6.3 percent. Industrial REITs have been especially aggressive in buying portfolios and completing M&As. The fourth quarter numbers promise to be robust as well, with the recent news that ProLogis is buying competitor Liberty Property Trust in a $12.6 billion deal.

The year-over-year growth for hotel properties was more modest, but still higher than most other property sectors. Investment sales volume for hotels rose by 24 percent year-over-year to $10.0 billion. The number of properties sold increased 5 percent and RCA’s CPPI for hotels increased 0.2 percent. Cap rates in the sector have remained in line with last year’s levels, at 8.7 percent.

The retail sector, on the other hand, experienced a 55 percent decline in sales volume in the third quarter, to $14.4 billion. The number of properties sold declined 4 percent. The sector still experienced a slight increase in its CPPI compared to last year, at 1.4 percent, but retail cap rates rose 10 basis points to 6.6 percent.

There was also a 29 percent annual decline in sales of seniors housing properties, to $3.8 billion, while the number of properties sold fell by 52 percent. RCA doesn’t track a CPPI for seniors housing assets, but cap rates in the sector compressed by 200 basis points since the third quarter of 2018, to 7.4 percent.

Office and multifamily sectors also experienced declines in investment sales volumes, but at a more modest rate, each by 7.0 percent. Sales volume in the office sector totaled $32.5 billion in the third quarter. The CPPI rose by 3.1 percent and the average cap rate remained flat compared to 2018 levels.

According to RCA researchers, “Deal volume and price growth often grow in tandem, but there are times when disconnects can indicate changes in market liquidity and growing differences between buyer and seller expectations on asset pricing.”

Research firm the CoStar Group found similar patterns in its data for the third quarter. Industrial sales volume during the period rose 30.7 percent, according to CoStar researchers, to $43.0 billion. However, CoStar reports that over the same time span, industrial cap rates rose 80 basis points, to an average of 6.0 percent.

Investment sales volume for the retail sector registered a 45.4 percent year-over-year decline, to $24.9 billion. CoStar data shows that average cap rates on retail properties compressed by 10 basis points compared to the third quarter of 2018, to 6.6 percent.

The firm’s numbers on the multifamily sector tracked closely with those of RCA. Sales volume in the sector declined 6.76 percent, according to CoStar, to $44.1 billion. Multifamily cap rates compressed 10 basis points year-over-year, the firm’s data shows, to 5.0 percent.

However, CoStar reported a much bigger decline in the sales volume on office properties—33.4 percent to $35.5 billion. Cap rates in the sector rose 30 basis points during the same period, according to the firm—to an average of 6.3 percent.