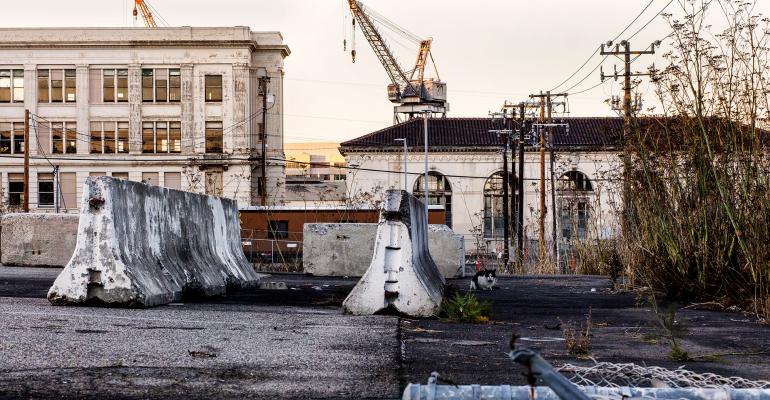 A lot of the uncertainty surrounding the low number of implementations surrounds QOF funds holding multiple properties within the same fund.

Tax-advantaged opportunity zone investments outlined in the 2017 federal tax legislation spawned a litany of press and interest to take advantage of the option, but so far there’s been relatively little transaction activity. The IRS, which has to interpret and codify tax legislation via guidance and regulation, has only sporadically released information, leaving the bulk of investors to abstain from taking action until receiving further direction.

Even with the absence of comprehensive databases on QOZ investment, there are trends emerging in the types of projects that are currently being implemented.

A lot of the uncertainty surrounding the low number of implementations surrounds QOF funds holding multiple properties within the same fund. This raises many questions regarding timing on disparate hold periods for each respective asset within the fund.

The current regulations don’t provide clarity on this issue. Another uncertainty is how cash-out refinancing will be treated. Given the legislation’s bipartisan support, the forthcoming guidance is expected to contain mechanisms to handle these issues.

The more than 800 QOZs set up by the statute are, by definition, areas in need of economic development, such as low income or underserved communities. While there can be significant tax advantages offered, a project still needs to be feasible based on traditional investment metrics, namely, being located near sustainable demand drivers.  Many first-movers in the space are identifying how these QOZ maps include or are adjacent to these demand-drivers. Demand-drivers in many opportunity zones are often defined as more stable institutions such as universities, hospitals and health care centers, and government centers, as well as locations viewed as established or emerging job generators such as Oakland or downtown Portland.

For example, Moss Adams advised an investor on the feasibility of investing in a QOF vehicle to develop a student housing project in a Southern US second-tier market that served a nearby state-funded university. The investor providing the QOF funding not only saw benefits of the 10-year-plus tax-advantaged structure but also the underlying strength of local market demand for student housing.

In New York, an opportunity zone investor acquired a one-story property for $3.9 million with an eye toward expansion to meet the needs of a nearby Saint Barnabas Hospital center, [according to industry reports.]

In Portland, a private equity firm announced a QOZ acquisition of a site at SE Second Avenue at Ash Street in the city’s transitioning warehouse and industrial district across the river from the downtown area, [according to a report by the Portland Business Journal.]

Identifying demand-drivers for QOZs is one thing, but structuring a sound QOF investment that navigates this new opportunity is yet another issue.

This initial activity among first-movers provides insight into tips and best practices for other investors to consider.

The most experienced real estate investors know to build the right team to pursue an opportunity, and it’s no less important in the new world of QOZs and QOFs. While there may be substantial tax advantages, these wouldn’t make up for a bad real estate investment decision or for not having the right team to execute on the business plan. As usual, a team should include members with investment, tax, and finance experience and deep knowledge.

The necessity of a cross-discipline nature is also illustrated by the sourcing of information. While the IRS is working on tax interpretation and regulatory frameworks, other important sources include the Department of the Treasury and state and local level jurisdictions that elect to participate and, in some cases, actively coordinate private sector investment.

Monitoring and tailoring to local conditions is important as there may be additional incentives that can be combined with QOZ advantages. For example, most states have added incentive to QOZs by letting project sponsors take advantage of similar tax breaks on state and local taxes.