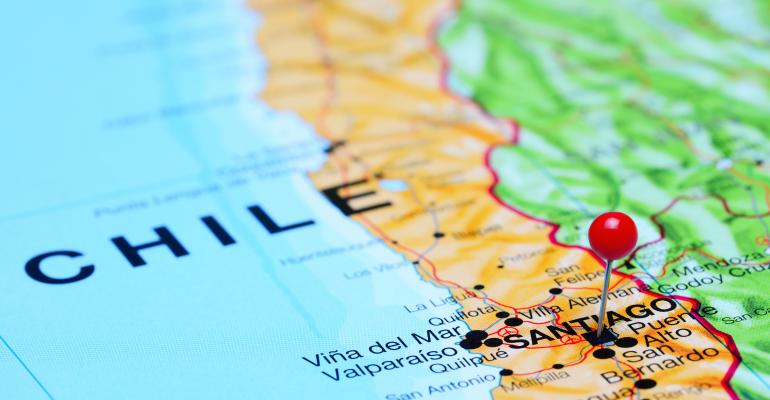 Most prominent of their shared interests is 666 Fifth Avenue, the heavily indebted Manhattan office tower that has been the subject of a global hunt for investors.

(Bloomberg)—When the White House nominated a new ambassador to Chile this month, it touted his role running his father’s food-importing business. Not mentioned: his deep financial ties to the family of Jared Kushner.

Andrew Gellert is president of Gellert Global Group and the son of George Gellert, a close friend of Jared’s father, Charles Kushner. The older men have done handshake deals for decades, creating a deep web of financial connections between their family companies in real estate, media and banking.

Most prominent of their shared interests is 666 Fifth Avenue, the heavily indebted Manhattan office tower that has been the subject of a global hunt for investors. When Jared Kushner purchased the Observer newspaper, some of the funds were from the Gellerts. At a New Jersey bank in which both families own stakes, Andrew Gellert sits on the board with Jared Kushner’s brother-in-law, David Orbach.

“Andy is a brilliant young man who has been instrumental in building a very successful family business,” Charles Kushner said through a spokeswoman. “Our country is fortunate to have Andy serve in such an important ambassadorship.”

A White House spokesman for Jared Kushner didn’t respond to questions about Kushner’s relationship with Gellert.

Gellert, 50, married and the father of three, is no stranger to Chile, having helped his company expand into exporting nuts and dried fruits from there. But he has no diplomatic experience and speaks only basic Spanish.

Ambassadorships have long been a way to repay big campaign donors, although they’re less commonly given to business associates. Despite having contributed to Hillary Clinton in 2003, Andrew’s father was an early backer of Donald Trump’s presidential campaign, giving $10,000 to the Make America Great Again political action committee two months after Trump announced he was running, according to the Center for Responsive Politics.

Charles Kushner was a recipient of Gellert funds in a different capacity. He built his business by buying and refurbishing suburban garden apartments across the East Coast, and George Gellert was among the most important rich New Jerseyans who invested in these deals, Bloomberg reported in December.

“We’ve done many billions of dollars of business together, and everything is always on a handshake,” Charles Kushner said of George in a Cornell University magazine profile. “He’s never read a legal document I’ve given him, and it’s the same with me.”

Their biggest real estate deal has recently encountered problems. Kushner Cos. owns 50.5 percent of 666 Fifth Avenue, and the Gellerts’ share of that portion is substantial, according to one person familiar with the deal. The property is, losing money and a $1.2 billion mortgage is due in February 2019.

Kushner Cos. had favored knocking down the 41-story tower and building one twice as tall in its place. The company searched for investors in China, Qatar, Saudi Arabia, Israel, France and South Korea. No takers have been announced. Their partner in the building, Vornado Realty Trust, has said the plan isn’t feasible.

The Kushners and Gellerts both have stakes in closely held Regal Bank. The Livingston, N.J.-based financial institution has links to another in the same town: NorCrown Bank, whose chairman was Charles Kushner. After NorCrown was acquired by Valley National Bancorp in 2005, several top executives, and some employees, ended up at Regal Bank, including Jared Kushner’s brother-in-law David Orbach, the company’s chairman.

Jared Kushner stepped down as chief executive officer of Kushner Cos. when he joined the administration of his father-in-law, Donald Trump, in January of last year. He divested from some assets that he considered potential conflicts for his role as a senior adviser in the White House. Most of those divestitures were to close family members.

The shared financial destinies of the Gellerts and Kushners show how blurry the lines can be, even when distinctions are created on paper. A financial disclosure filed by Andrew Gellert to the Office of Government Ethics and obtained by Bloomberg includes no mention of the Kushner family. It lists companies in which Gellert has an interest, but he isn’t required to disclose other beneficial owners in the entities. And he doesn’t have to disclose entities that are held by other members of his close-knit family.

The Gellerts have done business in Chile since at least 1999, when they purchased J.F. Braun & Sons and Camerican International from ConAgra Inc. The two subsidiaries import raisins and dried cranberries, as well as canned and frozen artichokes, asparagus and celery. In 2008, it formed Andes Quality SA with Australia’s Agracom. This company processes raisins in a facility north of Santiago. In 2016, Gellert Group purchased KHI International Trade, a food-sourcing company with a Chilean office.

Andrew Gellert won’t be Kushner’s first Chilean link. The home Jared and his wife, Ivanka Trump, are renting in Washington, D.C., is owned by Andrónico Luksic, a powerful Chilean mining billionaire who was embroiled in a legal battle with the U.S. government over permits to explore for copper in Minnesota.

The couple admired the six-bedroom home in the tony Kalorama neighborhood at the same time that Luksic was looking for property there in December 2016. A real estate agent put the deal together, and the Kushners quickly became his tenants, according to a Wall Street Journal article last March.

In Chile, the Luksic family’s sprawling conglomerate operates in many of the same businesses as the Gellert Group, including food processing and transportation. Andrónico Luksic, however, has never met a member of the Kushner or Gellert families, according to a person with knowledge of his affairs.