Viewpoints
brought to you by 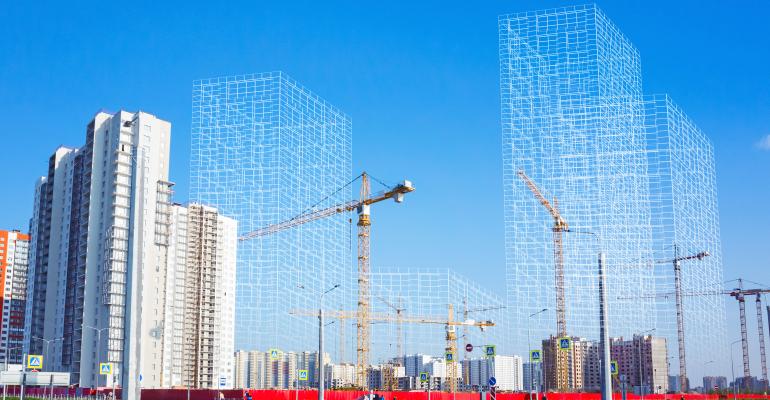 Many savvy investors thought the markets reached its cycle peak a few years ago. That turned out not to be the case.

At the 2015 CCIM Institute’s annual conference Sam Zell, the founder and chairman of Equity International, discussed the sale of his multifamily portfolio with more than 23,000 apartments to Starwood Capital Group for $5.4 billion. He believed that it was an opportune time to sell his portfolio; and, many real estate professionals believed that he had sold at the top of the market, based strongly on his foresight in 2007 to sell his office portfolio before the market crashed. Obviously, taking profits off the table is a win, but were there more profits to realize? Since then, multifamily properties have continued their run, driving prices even higher and squeezing cap rates even more.

Multifamily, retail and office remain of interest to investors

Today, investors continue to be interested in multifamily properties as a stable investment, earning some yield on their capital; albeit, for operating real estate—a modest yield. One surprise in the multifamily housing space is the demand for performing affordable housing product. Investors who have traditionally capitalized on market rate product have gravitated toward affordable housing. Many acquired affordable housing properties are subject to income and rent restrictions, which will remain in place for some time. The question that begs to be answered is, why investors who traditionally invest in market rate product would move into a space that is heavily regulated and scrutinized, and restricts rent increases?

Multifamily is not the only real estate asset that has attracted interest from investors. Certain retail spaces are benefiting from the strong real estate market. Generally, the retail space that is seeing the strongest demand is space occupied by tenants that are not easily disrupted by technology, where high personal service plays a significant role. More recently, developers have started to build speculative office product in secondary and tertiary markets. Sophisticated investors know that office property tends to underperform compared to multifamily housing assets during an economic downturn; however, the belief may be that the appetite for real estate properties will not wane any time soon. Another sign of the times is that some developers are building large projects without an offtake purchaser, believing that there will be strong demand for stabilized products that will fetch a higher purchase price later. One of the strongest influencers that is driving interest in real estate investments is the search for safe yield in the global market.

Fundamentally, the appetite for commercial real estate product is driven by two factors: (1) the income stream, and (2) property appreciation. As an investment, commercial real estate is assessed against bonds, typically sovereign bonds, and dividend stocks. One obvious difference between a direct investment in real estate is that it is not liquid like securities traded on an exchange. Moving away from liquidity, investors demand the highest return, with the least amount of risk.

When reviewing the gamut of investment options, sovereign bonds are considered havens as one of the least risky investments. However, that is changing as many countries, including the U.S., had their debt downgraded. Nevertheless, the negative interest rate environment presents a challenge that has affected investors globally. Today, negative yields on global debt have become more common, exceeding $16 trillion (which is likely to increase), with Europe issuing the most such debt. In a negative interest rate environment, investors pay interest to park their money. Other than investors who have realized how to generate returns off negative-yielding debt using currency hedges or employing other strategies, most investors pursue more traditional avenues to generate returns. Increasing trade wars and currency volatility, along with other measures, have led to safety for developed-market government bonds, which are being sold at a premium.

Many investors who have witnessed their currencies slide against more stable countries prefer to exchange their currencies for more stable economies. The idea of exchanging one currency over another is designed to protect buying power against established countries or stronger economies. The tumultuous economic environment has caused many investors to search for alternative, stable investments, including real estate properties in the United States. Until recently, China was a significant participant in the U.S. commercial real estate market; however, Beijing has now restricted outbound capital investments and mandated the repatriation of funds to stabilize its currency. Even as Chinese companies divest their U.S real estate holdings, the market is quickly absorbing inventory. The influx of foreign capital has driven the demand for U.S. real estate, which is considered a suitable investment alternative to sovereign debt.

As investors continue searching for a safer place to “park their money” while getting some yield, commercial real estate, especially in the U.S., remains a strong candidate. But as capital has deluged the commercial real estate market, yield has been marginalized. As a result, market rate investors wanting to continue to invest in real estate and realize acceptable yields have gravitated towards heavily regulated and scrutinized products like affordable housing. Investors are betting that older affordable housing product will continue to attract tenants, and in most cases, the property will benefit from appreciation when restrictions fall off.

All assets, including real estate, and more specifically the type of product, will experience a contraction which may not relate to the general economy. Zell sold in 2015 primarily because he believed that his apartment portfolio would face stress with new product entering the same markets, while Starwood Capital Group felt that demand for the same apartments would continue to be strong notwithstanding the new product. For Zell, the divestment allowed him to realize profits, while Starwood Capital Group’s purchase proved to be a smart acquisition seeing cap rates compress further.

The demand for U.S. commercial real estate should continue to be robust for the foreseeable future, well beyond the 2020 elections.

Roman Petra is an attorney in the Orlando office of Nelson Mullins, where he represents developers and funds in commercial real estate transactions. He can be reached at Roman.Petra@nelsonmullins.com.