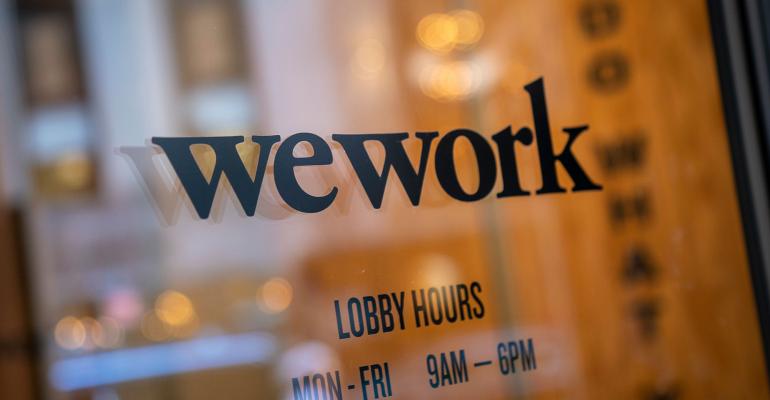 (Bloomberg) -- WeWork was accused in a lawsuit of reneging on a pledge to invest $450 million in a San Francisco development project that was supposed to showcase the WeLive communal living initiative.

The sprawling Parkmerced neighborhood, flanked by a lake and the San Francisco Golf Club, dates back to the 1940s and now offers high-rise apartments and town homes spread across 150 acres. Over the years, the complex has had backing from high-profile investors including the late real-estate billionaire Harry Helmsley and Fortress Investment Group.

The lawsuit comes after WeWork sued Parkmerced Investors in March in the same New York court, claiming it didn’t meet financing conditions for the deal and refused to return a $20 million exclusivity fee to complete the equity investment in the project.

WeWork’s financial and legal woes have mounted in recent months following suits over its botched initial public offering plans and an alleged $1.7 billion buyout to its co-founder and former CEO Adam Neumann.

Neumann approached Parkmerced’s lead developer Maximus Real Estate Partners in 2015, claiming WeWork “would one day “be bigger than Apple,’”and insisting that the Parkmerced investment “had to be mine,” according to Thursday’s breach-of-contract complaint. In 2018, an agreement was reached for WeWork to pay $275 million at closing and $175 million 180 days later, but the company backed out, according to Parkmerced Investors.

After the deal fell through, the Parkmerced project lost a year closing on another investment transaction and incurred millions of dollars in loan interest fees, out-of-pocket expenses and other costs, according to the complaint. Parkmerced Investors claims in its suit that the exclusivity fee was non-refundable.

--With assistance from Ellen Huet.

To contact the reporter on this story:
Malathi Nayak in San Francisco at [email protected]