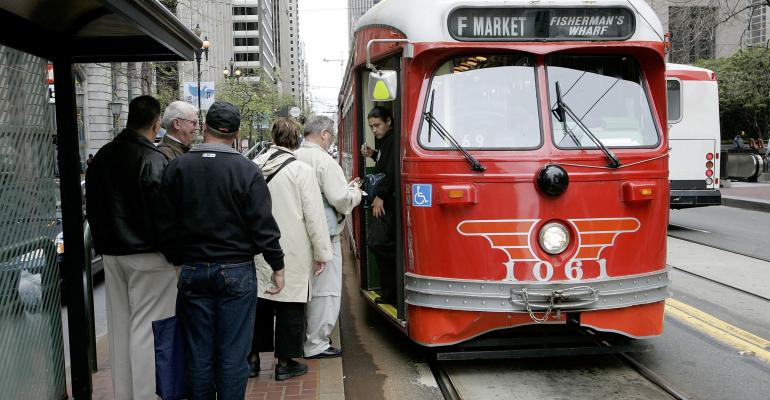 What’s the Impact of Nearby Transit on Office and Multifamily Property Values?

Being located near public transit can have a substantial impact on the value of office and apartment buildings.

For high-net-worth (HNW) individuals and family offices, commercial real estate definitely remains a favored investment category. And these well-capitalized investors often prefer to buy or develop properties in familiar places, frequently in or near areas where they live.

But when it comes to location, precisely where should these investors be looking? A new report from the American Public Transportation Association and the National Association of Realtors suggests they should be looking at properties close to public transit.

Researchers with the two organizations say their findings “should make it even clearer that public transit’s benefits go beyond moving people from point A to point B. Transit creates value and, as a result, influences development and business location decisions … .”

Researchers lacked sufficient data to analyze office property prices in two of the seven metros, meaning their examination of office values captured only five metros. Office prices increased in Boston, Hartford, Los Angeles and Phoenix during the period examined, according to the report, but decreased in Seattle.

While a spike in property values wasn’t observed across the board, the report does signal that proximity to public transit should be a consideration when weighing whether to buy an office building or develop a multifamily project in a certain spot.

“What we’re finding is that both employers and employees like to be in places where they have more transportation choice, where there are more walkable options, where they can get to lunch on foot, where they can run errands on foot,” says Ed McMahon, senior fellow for sustainable development at the Urban Land Institute (ULI), which was not involved in the report.

So, how close should a property be to public transit?

The report established a half-mile radius for a property to be included in a public transit zone, so that radius could be one gauge of ideal proximity. Another potential barometer: Ridership of public transportation declines significantly outside a one-fourth-of-a-mile distance between a commuter’s workplace or home and a transit hub, according to Reonomy, a technology platform for commercial real estate.

That data correlates with the common belief that walkability pumps up real estate values and rents. An analysis released in 2015 by Real Capital Analytics, a provider of real estate data, found that prices for commercial properties in walkable central business districts (CBDs) had climbed 125 percent in the previous decade. During the same period, prices for similar properties in car-dependent suburban areas had gone up a little over 20 percent.

As for what asset type performs best near public transit, DJ Van Keuren, publisher of The Family Office Real Estate Magazine, points to multifamily. He says a multifamily project benefits from proximity to public transit largely thanks to substantial leasing demand from city-dwelling millennials and other renters and, therefore, high occupancy rates. However, some experts say rent premiums for apartments near public transit have dropped off with the advent of ride-hailing services like Uber and Lyft. Still, those premiums haven’t evaporated.

While Uber and Lyft may be eating into rent premiums for transit-adjacent apartments, ULI’s McMahon says another transportation evolution—micro-mobility in the form of scooters and bicycles—is helping bridge the “last mile” gap between transit hubs and workplaces. A 2016 report co-authored by McMahon highlighted the growth of so-called “trail-oriented development,” which emphasizes the value of building properties near trails, bike lanes and bike-sharing systems. It’s worth noting that the percentage of U.S. commuters traveling by bike dipped from 2016 to 2017, but the bike-to-work trend has seen a massive uptick since the dawn of the 21st century.

Taking into account public transit and micro-mobility, location is “going to be a critical investment factor going forward,” McMahon notes. “All other things being equal, a transit-oriented site is going to provide greater return on investment than a drive-only site.”