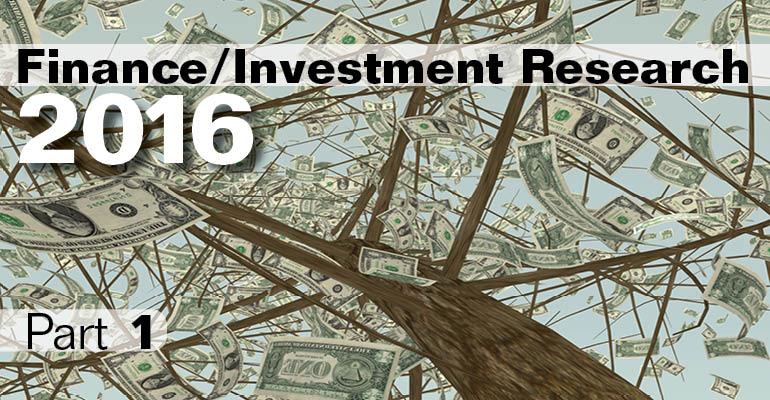 The commercial real estate market has enjoyed a prolonged period when debt capital has been both cheap and plentiful. Exclusive research from NREI’s latest finance survey shows that confidence remains high that those good times are likely to roll a bit longer.

A majority of survey respondents expect capital sources across the board, from banks to life insurance companies, to have the same, if not more, debt capital available in 2017. Respondent views were fairly evenly split on which sources were likely to have increased capital allocations. However, life companies and institutional lenders topped the list with 30 percent and 29 percent of respondents respectively predicting that the two sources would have more money to lend in the coming year.

There is still plenty of debt capital available for commercial real estate, largely because it remains a good alternative relative to other investments, notes Jeffrey Weidell, president of NorthMarq Capital, a debt and equity provider. The one area where financing has become more constrained is new construction. Banks have pulled back on construction lending in recent months due to regulatory requirements, and in some cases, because of concerns about concentration risk. “For the remainder of the real estate market, including permanent debt and bridge debt, the market is flush with capital,” says Weidell.

There are many different analogies about where the commercial real estate market is at in its current cycle. “I would paint this as a seasonal story with a lot of beautiful color on the trees, but there is a chill in the air with winter approaching,” says Joe DeRoy, a senior vice president and CMBS program manager for KeyBank Real Estate Capital. So while it is still a very good time to be a borrower, there are some concerns about access to capital and loan terms in the coming year. Specific to terms and underwriting, some of the key findings of the survey include:

•Fifty-eight percent of respondents think debt service coverage ratios will drop over the next year, while one third predicts an increase and 9 percent expect them to remain the same.

•Respondent opinions are fairly evenly split on whether the risk premiums will increase or remain the same, at 45 and 47 percent, respectively. Only 8 percent believe the risk premium will decrease.

“I don’t expect loan underwriting to change a lot over the next year,” says Paul Fiorilla, associate director of research at Yardi Systems, a real estate software provider, in New York City. Loan coupons are very low right now because interest rates are at long-term lows and spreads are tight because lenders, including banks and life companies, want loans on their books. “Lenders in general have become a little more aggressive, but I think there are limits from concerns that the cycle is nearing an end,” Fiorilla says. “What’s more, regulators are pressuring banks about de-risking commercial mortgage portfolios, which will keep them from going much further in terms of being aggressive.”