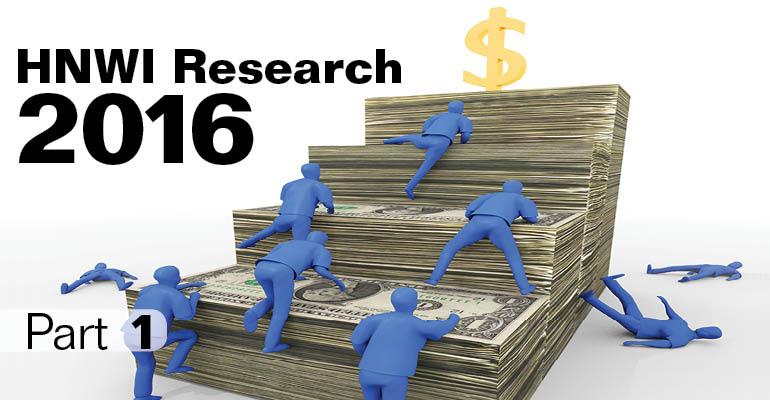 Part 1: How HNWI Invest in CRE

The world’s wealthiest individuals keep getting richer. That bodes well for commercial real estate, which continues to hold a place in the allocation strategy for high-net-worth and ultra-high-net-worth individuals and family offices.

Global high-net-worth investor wealth is projected to nearly triple in size from 2006 to 2025 to surpass $100 trillion by 2025, according to data from Capgemini. The population of high-net-worth investors grew 4.9 percent in 2015, the most recent year for which data is available, while their wealth grew 4.0 percent.

Exclusive research from NREI’s survey on high-net-worth investors  (HNWI) shows that these players still hold real estate in high regard, although reaching them, educating them about the intricacies of investing in the sector and meeting their sometimes aggressive return expectations all pose challenges for commercial real estate pros.

HNWI have a variety of options for investing in the sector. A majority of respondents (54 percent) say those placements come in the form of investments in private real estate equity funds. Other popular options include direct investment in either multi-tenant or single-tenant net lease assets, according to 45 percent and 36 percent of respondents respectively. Options that are less common, according to respondents, include club deals and crowdfunding (each at 13 percent) and investment in non-traded REITs (16 percent).

But according to some survey respondents, such investors are placing high demands on fund operators.

They “have forced private real estate investment funds like ours to show exceedingly high projected returns before considering a new investment,” one respondent wrote.

“One profile of investors prefers single-tenant properties with long-term credit leases and/or multi-tenant legacy infill product in dense locations, such as in West L.A., to hold long-term. These investors know returns are low on these types of assets, but are pursuing a generational strategy for preservation of capital,” says Don MacLallen, senior managing partner at Faris Lee Investments, which represents HNWI when they search for retail properties. “Another profile of investors is looking at higher cash flow properties with intrinsic low rent from low price per square foot. [They] want to get higher yield by taking advantage of low interest rates. These cash flow investors are looking into secondary locations.”