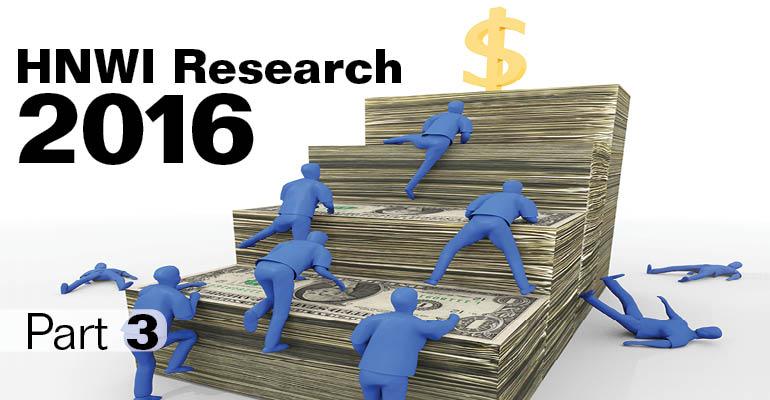 Part 3: What Do HNWI Want from CRE?

The biggest objective respondents identified for high-net-worth investors (HNWI) in buying real estate was preservation of wealth. On a scale of 5, wealth preservation scored 4.5 in the survey. But other options were close behind. Those included income production (4.0), asset value growth (3.9), tax purposes (3.6) and estate planning (3.5).

While many respondents said that these factors have not changed in the past 12 months, others said they have seen some shifts.

Several respondents argued some HNWI have put a greater emphasis on income production. One respondent argued that “income has become more important as other investment yields remain low and as cap rate compression starts to slow down.” Another said that worries of a coming “flat decade” for equities, along with low bond yields, have led to increased interest in real estate’s income-producing potential.

That echoes what some expert observers are seeing as well.

“We continue to predict real estate is starting to be much more about income,” says Yolande Barnes, director of world research for Savills. “Part of this is a function of the difficulty getting yield from other investments like bonds. Most HNWI have already invested into store of wealth asset investment. Now they are paying much more attention to income-producing properties.”

Yet, conversely, other respondents said that volatility, uncertainty and a sense that the real estate cycle has peaked has led to wealth preservation rising in importance as a goal for real estate investment. It’s “become a more important goal as the cycle has peaked and Trump was elected, resulting in increased uncertainty,” one respondent wrote.

Other objectives respondents identified for HNWI included 1031 exchanges, wealth augmentation and having self-control of investments, unlike with stocks and bonds.

One respondent said the objectives ultimately vary with the investors themselves.

“I work for a HNW individual who is all about maximizing returns and is willing to embrace the risk,” they wrote. But “our biggest outside investor, also HNW, is backing off of his risk profile and focusing more on preservation of wealth.”

Another respondent argued that the uncertainty introduced by the election of Donald J. Trump had likely changed the dynamic. “Preservation of capital has probably moved to the top of the list,” they wrote. Another echoed that statement writing, “The election has caused some urgency to seek brick-and-mortar security.”