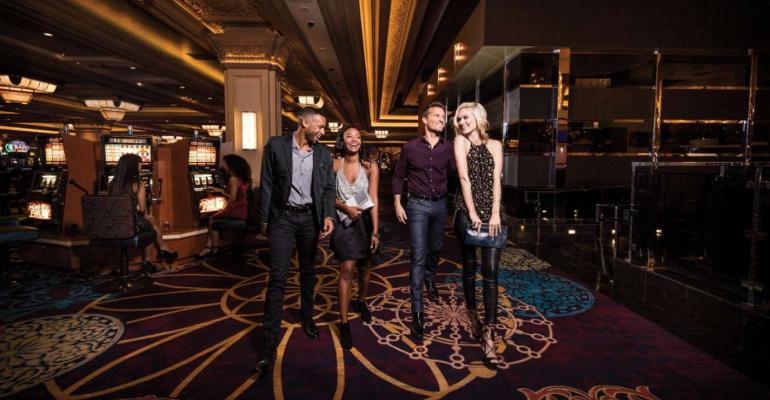 Casino Hotels Are Gaining in Popularity with CRE Investors

“They are likely to spin off assets, which gives the smaller companies and investors opportunities to acquire,” says Michael Parks, senior vice president in the global gaming group in the Las Vegas office of real estate services firm CBRE.

The casino hotel business has split in two over the last few years, as top casino operators divest themselves of hotel and casino buildings. The split has created opportunities to invest in casino real estate, including a new kind of REIT created just to own casino hotels leased by operators.

Despite strong competition in the gaming market, top casino REITs have shown strong performance and have been rewarded with rising stock prices recently.

MGM Growth Properties, a REITs created three years ago from the properties of MGM Resorts, has increased the dividend it offers investors eight times, to an annualized $1.87 per share. That’s up about a third (31 percent) since its initial public offering in 2016.

Rising income from rents helped strengthen the company, according to MGM executives. The REIT’s stock price now hovers around $30 per share, up from $22.

Stock prices for other top REITs are also trending up. Shares of Gaming and Leisure Properties (GLPI) Inc., formed in 2013 from the properties of Penn National Gaming, sold for $38 each on Oct. 7, up from the low $30s 12 months before.

Casino REITs are succeeding despite strong competition in recent years, particularly in the Mid-Atlantic market, where revenue-hungry local officials have allowed many new casinos to open. Over the last 10 years, the gaming revenue in the Mid-Atlantic region has increase to $11.5 billion, from $8.4 billion in 2009, according to CBRE data. But the number of gaming hotels has also increased to about 50, up from 34 in 2009.

Casino properties benefit from strong performance in the hotel sector overall—and continued eagerness to travel among both private individuals and convention attendees.

“Hotels in general are pretty full; they are at or near their top occupancy rates ever,” says Jan Frietag, senior vice president for STR, a hotel data firm based in Nashville, Tenn. Full-service hotels, which include most casino hotels, are showing historically high occupancy rates. Occupancy for luxury hotel rooms average 72.4 percent over the first eight months of 2019, according to STR.

In Las Vegas, the nation’s top gaming market, hotel room occupancy averaged 89.5 percent in 2018, up from a low of about 84 percent 10 years before, according to CBRE. “For the most part, casino hotels tend operate at a much higher occupancy rate than hotels overall,” says Pirosch.

In June 2019, Eldorado agreed to pay about $8.58 billion to merge with Caesars, creating the largest gaming operator in the U.S., with 26 casinos in 12 states. The deal was the second largest casino transaction in history, according to Pirosch. However, even without that transaction, investors have still spent more to buy casino properties so far in 2019 than in previous years. “We are still ahead of what investors spent in the past,” says Pirosch.

Other top casino operators have also formed REITs like MGM Growth Properties and GLPI to own their properties. These REITs are a way to unlock value for the companies and take advantage of the more favorable tax structure that REITs benefit from. "The gaming industry is following what the hotel industry had done a long time ago," says Parks.