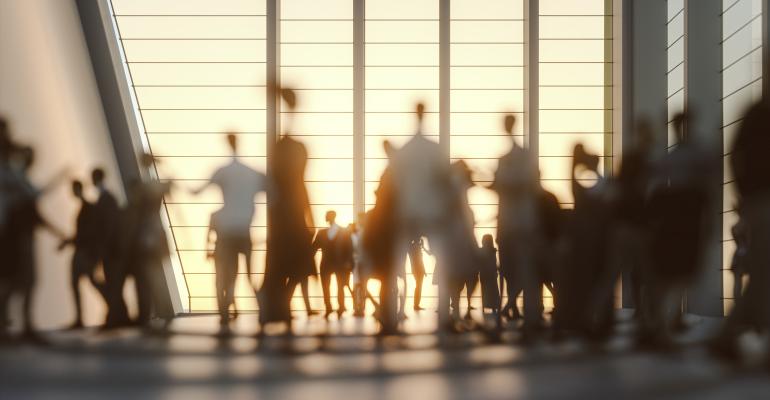 Convention Cancellations to Cost Over $20 Billion in Two Months

As many as 80 percent of the trade shows and events held from March to mid-May haven been cancelled or postponed.

(Bloomberg)—The U.S. convention industry is expected to lose billions of dollars in revenue, as businesses restrict employee travel and governments ban large gatherings in the face of the coronavirus, an industry group said.

As many as 80% of the 2,500 business-to-business trade shows and events normally held from March 1 to May 15 are expected to be cancelled or postponed, according to estimates from the Center for Exhibition Industry Research released on Wednesday. Organizers of those shows are set to lose up to $3.6 billion, while the total would rise to up to $22 billion when including direct spending by exhibitors and attendees, according to the projections.

While business travel and tourism has been hit all around the world from the pandemic, the drop in convention activity -- even if it’s a temporary dip -- will be particularly felt in a cluster of major cities that rely on them as a source of revenue and jobs, including Atlanta, Chicago, Las Vegas and Orlando.

“We are looking at declines in occupancy that are far worse than what we saw following 9/11 and they are likely to last longer, probably at least 6 to 8 weeks,” said Mark Vitner, senior economist at Wells Fargo Securities. “There is no pipeline of bookings right now because no one is certain how the virus will play out in the U.S. or overseas.”

Going forward, the Atlanta Convention and Visitors Bureau sees hotel occupancy falling 56% this month and 70% to 80% in each of April and May, while Chicago’s hospitality industry expects near-term losses in the tens of millions after 20 events were cancelled at its McCormick Place convention center. More cancellations are expected.

Steve’s Bite, a sandwich shop near McCormick Place in Chicago usually serves as many as 150 customers around lunchtime. But during a recent lunch hour, “we are just standing around looking at each other,” said owner Steve Syouri. That was before Illinois Governor J.B. Pritzker put a ban on dining in at restaurants this week in the state through the end of the month, allowing drive through, carry out and delivery, to slow the spread of the virus.

The drop in restaurant revenue illustrates the havoc felt by others who rely on business from the convention center, said Pat Doerr, managing director of Hospitality Business Association of Chicago. “This is a big speed bump for Chicago’s industry,” he said. “If this rolls into late spring it will be shattering.”

At least 23 meetings and conventions on the Las Vegas Strip have canceled, according to a Las Vegas Review-Journal report. In Atlanta, the three major shows and events that recently pulled out will cut attendance by around 127,000 people and result in $130 million in lost economic impact, the local convention bureau estimated.

The losses in certain tourism and convention cities are bound to be greater than economists had previously modeled. Stephen Miller, who directs the Center for Business and Economic Research at the University of Nevada, Las Vegas, broke out research done more than a decade ago about a hypothetical flu epidemic. He recently applied those old assumptions to Las Vegas’ current economy and found that just a 20% drop in leisure and hospitality demand would lead to 37,000 lost jobs and a 3% cut in the regional economy.

Based on the new mandate that Las Vegas casinos shut for a month, Miller said, “I think the severity would be much bigger.”

--With assistance from Steve Matthews and Christopher Palmeri.

To contact the editors responsible for this story: Sarah McGregor at [email protected]
Anita Sharpe