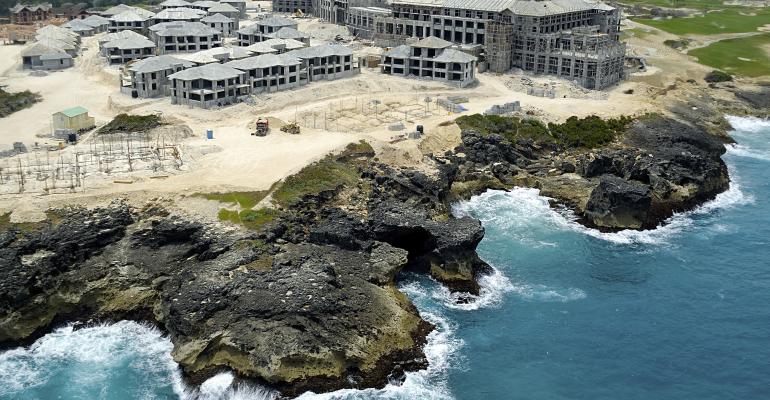 Despite Warning Signs, Hotel Developers Plow Ahead with New Projects.

Once again, the bond markets flashed a major warning sign in February that the long economic expansion may soon end in a recession. But hotel developers—looking at other economic indicators and strong industry fundamentals—see strong demand and are plowing ahead with construction on new hotel projects. In fact, developers now have more new hotel rooms under construction than any other time in the last decade.

“On the national level, the supply pipeline has not reacted to any concerns,” says John Chang, senior vice president and national director of Marcus & Millichap Research Services. “Over time, the size of the pipeline has increased.”

That’s on top of a strong pace of openings in 2019, when the number of new rooms amounted increased lodging inventory by 2 percent. That is the highest rate of growth recorded in this cycle, says Chang. However, it is lower than the 4 percent inventory growth posted back in 1998.

“That would be the worst RevPAR since 2009,” says Jan Freitag, senior vice president of lodging insights for STR. However, zero percent RevPAR growth is still better than shrinking RevPAR, which is what the industry has suffered in past recessions.

Recession worries are back, kind of

The news is full of positive news on the economy, according to many economic indicators. Unemployment is at historic lows and employers continue to create hundreds of thousands of new jobs in the U.S. every month.

But at the same time—just like last summer—bond markets are once again flashing a warning signal of an inverted yield curve. Investment yields on long-term government bonds dropped in early February, falling below shorter-term bond yields, just as they had in spring and summer 2019. In the past, inverted yield curves have often portended coming recessions. At the very least, it shows that bond investors are betting their money on tough economic times and low interest rates ahead.

Leading hotel researchers are not expecting the worst. “Our house view on the economy does not call for a recession in the near-to-mid term,” says R. Mark Woodworth, senior managing director for CBRE Hotels. However, CBRE does have “concerns” about the economy, including “increased levels of economic policy uncertainty associated with the trade wars and growing concerns of an economic slowdown in Europe,” according to Woodworth. “The expanding coronavirus issue [in China] will only add to this in the short term.”

Developers that plan to open new hotels in uncertain economic time should be sure to plan for all plausible economic scenarios. “The way to protect against the downside is to not over-leverage,” says Woodworth. “Employ more conservative underwriting.”

New hotels are especially at risk from tough economic times. That’s because demand for all kinds of hotels tend to rise or fall immediately in response to the health of the broader economy. “Demand for hotel rooms and GDP growth are joined at hip,” says Freitag.

But limited service hotels are the leading type of project in the works, a type that tends to do relatively well in tougher times. As of December, there were 205,000 rooms currently under construction in the hospitality sector, with 70 percent of those in the limited-service category.

“Recessions can have a significant negative impact on most any hotel, particularly a new one,” says Woodworth. A new hotel has typically taken out loans based its projected stabilized occupancy. “A new hotel property typically takes an average of three years to reach stabilization, according to academic studies, says Woodworth.  “A recession in the early years will extend this ramp-up… this can cause significant stress.  The hit can be big.”