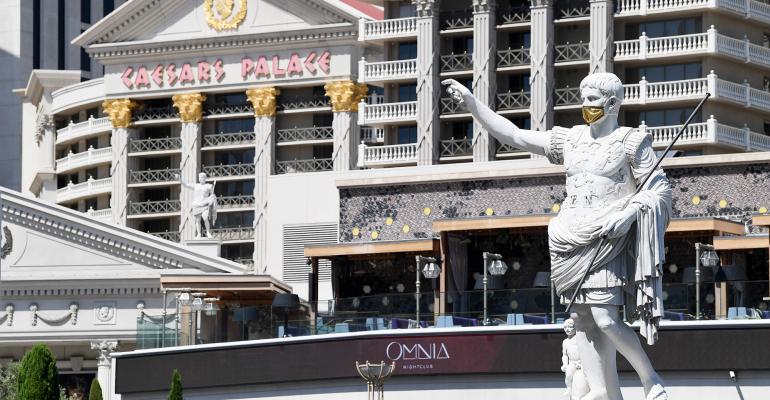 The company first announced its $17 billion acquisitions more than a year ago.

(Bloomberg)—Eldorado Resorts Inc. completed its $17 billion acquisition of Caesars Entertainment Corp., navigating a series of hurdles, including the global pandemic, to create a new powerhouse in the casino industry.

The merger, first announced in June of last year, capped a flurry of dealmaking for the once-small casino company. But the transaction faced obstacles, including several states where the new company’s market share exceeded the wishes of regulators, and the coronavirus, which shuttered casinos in the U.S. for nearly three months this year.

Eldorado, led by Chief Executive Officer Tom Reeg, had to scramble to find buyers for the some of the company’s properties. He raised as much as $772 million in a new stock offering, negotiated new loan terms with banks, and sold $6.2 billion in junk bonds to get the deal done. On July 10, regulators in Indiana approved the merger on the condition that the company sell three of its five properties in the state. New Jersey gave the green light last week.

The new company, which will use the Caesars name, is now the largest operator of casinos in the U.S., with some 55 properties. Reeg, a former bond-fund analyst and manager, is known for wringing profits out of even modest properties. The new company is expected to focus on the fast-growing business of sports betting, while cutting back on the customer incentives that have historically eaten into casino profits.

Reeg said in a July 8 Nevada hearing that properties outside of Las Vegas would likely never offer buffets again. They cost the company $3 million each, per year, and were often given away to lure gamblers.

“If you didn’t give me the free food, I’d show up anyway,” he said of his customers.

One major challenge: While the smaller markets where Eldorado has traditionally done business have bounced back quicker since reopening, the major tourist destination of Las Vegas has been slower to recover. Reeg told Nevada regulators he expects a rebound there in the fourth quarter.

Under its previous owners, Caesars struggled with its finances. A $30 billion leveraged buyout in 2008 left the company saddled with debt. Years of restructuring followed, as did the bankruptcy of its biggest division.

Investor Carl Icahn took control of Caesars last year and negotiated the sale to Eldorado. That company, based in Reno, Nevada, had just a few years ago been a small player, controlled by the founding Carano family. Now, their empire includes marquee properties such as Caesars Palace and Paris in Las Vegas, as well as Harrah’s in New Orleans.

The new company will carry about $14 billion in total debt, however, at a time when consumer discretionary spending is uncertain.