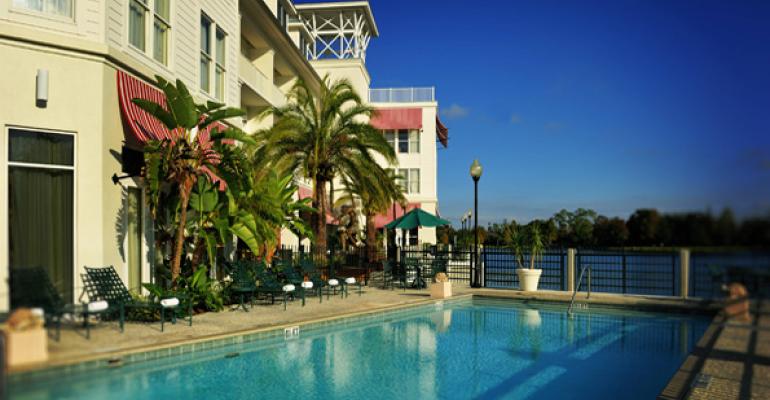 ATLANTA—The hotel industry is rebounding in 2013, and four hotel industry CEOs and two industry forecasters predicted slow but steady growth for the sector at the 25th annual Hunter Hotel Investment Conference in Atlanta.

“I think 2012 has the potential to be just as strong as 2012,” said Wayne Goldberg, president and CEO of La Quinta Inns. Memorial Day bookings are strong, which are a good indicator of the summer. Looking further ahead, a growing world population will increase demand for hotels, he said. Goldberg added that with little construction having taken place in recent years, supply is in check. And there is now room to grow; his company started construction on 10 new hotels in 2012, and will begin building 12 to 14 more in 2013.

Steve Joyce, president and CEO of Choice Hotels International, was the most cautious of the four hotel CEOs, predicting “2013 will be a good year but not a great year.” Joyce said that sequestration will dampen hotel demand. But he forecast that business would pick up at the end of the year and continue in 2014 and 2015.

Joyce predicted 5 percent growth in revenue per available room (RevPAR), noting that if people have to spend two hours in a security line to get on a plane, start to see $5-a-gallon gas, and get hit by a big increase in health insurance premiums as new health regulations go into effect, they may postpone vacations. “My view is that we have got as much that can hold things in place as that can lift us.” Joyce said.

Richard A. Kessler, chairman and CEO of The Kessler Collection, a boutique hotel investor, said his group is investing in 4 to 5 new hotels around the country, and “we are confident that the rates we can retain will justify this investment, in foreseeable future.” Kessler’s company sold three properties to “clean up our balance sheet,” poising the company to launch a growth program.

When demand by groups for hotel space dropped, Kessler’s brand replaced it with transient business, but group business has picked up again in recent months.

Mark G. Laport, president and CEO of Concord Hospitality, said his company has 12 hotels under construction, the most in their 28-year history. Noting that the industry is not oversupplying rooms, this is a “good time, a good place, with great financing, and brands are stronger than they have ever been,” Laport said.

Occupancy rates have been stronger than expected, and occupancy rates, ARD and RevPAR are expected to grow modestly, according to a report presented by R.  Mark Woodworth, president of PKF Hospitality Research LLC, of Atlanta. Woodworth’s report quipped: “What should we be worried about? Nothing. The fundamentals are solid!”

Economic uncertainty will slow transactions, and the industry will experience “lower-than-normal levels of buying and selling in the market,” which will diminish new construction, Woodworth predicted.