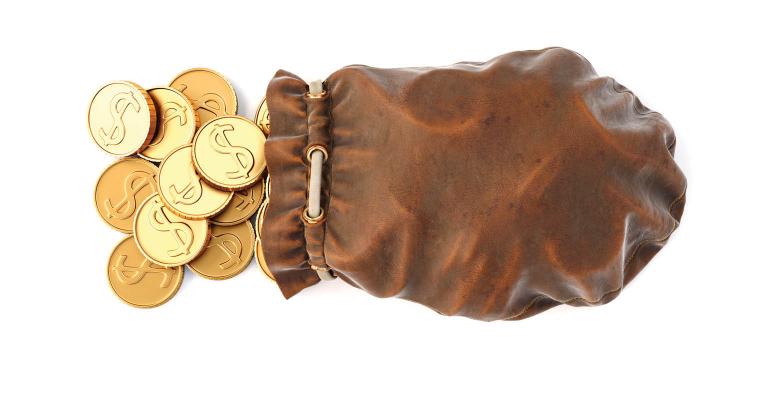 Lenders Continue to Open the Purse Strings for Hotel Borrowers

Borrowers that are receiving financing in the current environment are finding that it is not a “one-size-fits all” market.

New industry research hinted that capital may be pulling back from hospitality with a sharp drop in financing for hotel properties last year. Yet other industry participants are quick to point to robust activity and a very healthy borrowing climate – for those who know where to look.

CrediFi recently came out with a hospitality lending report that showed that financing for hotel properties dropped 25 percent in the first nine months of 2018 – more than for any other major property type. That data would appear to run contrary to the surge in investment sales activity last year. Real Capital Analytics reported that hotel transaction volume jumped 50 percent to $42.0 billion in 2018.

So, are lenders pulling back, or is there still ample liquidity for hotel investors and developers? “I think the debt capital markets are still wide open for hospitality,” says Bill Grice, managing director, Hotel & Hospitality Financing at JLL. In fact, lenders continue to favor hotels over some other property types because they get a slightly higher yield due to pricing that includes the operating component of hotel properties. JLL saw an increase in activity in hotel financing last year and currently has about $4.5 billion in active debt requests in the market across the spectrum from hotel acquisition, refi and new construction.

One explanation for the disconnect in market research is simply different data sets.

CrediFi tracks a broader swath of financing activity beyond just property sales, including new construction and refi activity, as well as hotel sales below the RCA benchmark of $2.5 million.

A shrinking pool of loan maturities also could be dragging on total financing volume. Notably, CMBS lending on hotels dropped sharply by about 30 percent in 2018, according to CrediFi.

However, data from the Mortgage Bankers Association  shows more stable capital flows to the hotel sector. According to its fourth quarter originations survey, mortgage originations for hotel properties climbed 5 percent in 2018.

Berkadia isn’t seeing any slowdown in financing for hotel transactions. In fact, it is just the opposite with lenders across the board that are being aggressive on hotel deals, notes Andy Coleman, senior managing director at Berkadia. “For every financing that comes in, I have lenders lined up down the street who can finance it,” he says. “It doesn’t matter if it is construction, a renovation play or a 10-year, fixed-rate stabilized low LTV life insurance company deal.”

Borrowers look for the best solutions

However, borrowers that are receiving financing in the current environment are finding that it is not a “one-size-fits all” market, adds Grice. “You need to know where to go to secure the best execution,” he says.

According to CrediFi, the decline in financing volume came from U.S. investment banks and insurance companies, including Wells Fargo and JPMorgan Chase, which pulled back their exposure to hospitality lending by over 40 percent during the first nine months of 2018.

There have been some “blips” with traditional banks, and that changes every 30 days or so based on exposure at individual banks, notes Coleman. Banks still have limited allocations for hospitality loans. If a loan rolls off their books, then they are willing to do a new deal. “So banks are ones that we do have to keep an eye on day in and day out,” says Coleman.

Despite the decline in CMBS volume in 2018, the CMBS market does remain very liquid for hospitality deals, adds Coleman. One of the big changes with CMBS is an increase in interest only (IO) loans. For example, Berkadia recently closed on a 10-year IO, fixed-rate $170 million loan on a Great Wolf Lodge property with Wells Fargo. “Interest only is quickly creeping into the CMBS space on the hotel side. That can both be a good thing and a bad thing, but I don’t think we have gotten to the point where markets are overheated and lenders are doing foolish loans,” says Coleman.

The emergence of debt funds over the past couple of years has helped boost liquidity in the hotel sector. “They are very attracted to the hospitality space due to the fact that they can get yield versus other asset classes,” says Coleman. Further good news on that front on is that those debt funds also fill a need that traditional fixed-rate lenders don’t, which is providing floating rate transitional money, he adds.

Although some industry participatns believe the hotel sector is close to a peak, lenders continue to like the underlying fundamentals. Growth may be slowing, but there are no dark clouds looming on the horizon, notes Coleman.

The latest hotel industry data from STR for February shows continued positive year-over-year results in the three key performance metrics. Occupancies improved 0.7 percent to 62.2 percent; average daily rate (ADR) increased 1.9 percent to $128.94; and RevPAR rose 2.6 percent to $80.15. The hotel industry has posted positive RevPAR growth for 107 of the past 108 months. Although new supply is a concern in some markets, demand growth of 2.8 percent also is outpacing new supply growth of 2.1 percent.

There has been some chatter about occupancies potentially being flat, but the research team at JLL is anticipating more RevPAR growth this year that will be driven by higher ADR. “Even if you see the economy slowing, hotels are not a bad place to be,” says Grice. There are a lot of great operators that are very focused on delivering a quality guest experience, and a lot of properties are hitting record revenues. Hotels also are an inherent hedge against inflation, because operators can rest the rate on a daily basis, he says. “So, lenders continue to keep hotels as one of the asset classes that they are really pursuing,” he adds.

In addition, there are plenty of lenders willing to finance new development, even in those markets that have already seen a lot of new supply recently. “Lenders are very much looking at the efficacy of a new development projects and whether it makes sense,” says Grice. What are the local and regional market dynamics? What is the quality of the sponsorship? How is it going to be positioned in the market? However, borrowers can still find construction financing if they have a solid case for their project, he adds. In particular, a number of debt funds are aggressively pursuing hotel development financing, which is adding more liquidity to the marketplace.

Investment transaction volume could be on par with 2018 or even slightly higher, notes Grice. “So, we’re still very optimistic about 2019 in general,” he says. “You do have to know where to seek out the specific lender or lenders based on the individual project, but hospitality remains very much in favor and liquidity for the sector is strong.”