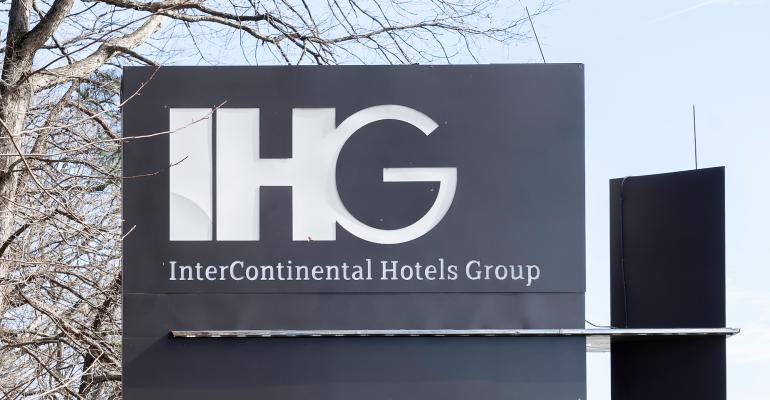 Service Properties to End Pact with IHG on Missed Payments

The REIT plans to transfer the branding and management of the 103 hotels to Sonesta International Hotels Corp. by December.

(Bloomberg)—Service Properties Trust will terminate a management agreement with InterContinental Hotels Group Plc for a portfolio of 103 hotels after IHG failed to pay minimum returns and rents due, according to people with knowledge of the matter.

The Newton, Massachusetts-based real estate investment trust, led by Chief Executive Officer John G. Murray, will transfer the branding and management of those hotels to Sonesta International Hotels Corp. on or after Nov. 30, said the people, who requested anonymity because the information isn’t public. Some of the hotels may be repurposed or sold, according to one of the people.

The portfolio comprises 81 extended-stay hotels and 22 full-service hotels and resorts in the U.S., Canada and Puerto Rico. They include three InterContinental hotels, five Kimpton Hotels as well as other brands such as Candlewood Suites and Holiday Inn.

Representatives for Service Properties and Sonesta declined to comment. A representative for IHG said that it was still in “active and ongoing talks” with SVC, which had previously indicated its intent to end the management agreement starting November 2020.

“As the industry continues to recover from the unprecedented impact of Covid-19, IHG is committed to remaining in sound financial condition by reducing costs and protecting cash flow, ensuring our management agreements are in line with this approach,” a spokesman for IHG said in an emailed statement. “We are well capitalized and maintain a total available liquidity of $2 billion.”

Service Properties previously sent notices of termination to IHG for failing to pay $26.4 million in returns and rents due for July and August. The agreement called for annual payments totaling $216.6 million, according to a filing for the quarter ended June 30.

On the REIT’s earnings call this month, Murray said the company was in discussions with IHG.

“Absent a cure of these defaults or if no settlement is reached, we currently plan to transition management and branding of these 103 hotels from IHG to Sonesta,” Murray said on the call.

Service Properties owns about 34% of Sonesta, which currently manages more than 50 of the REIT’s hotels including 16 that were rebranded from IHG in 2012.

Like most REITs operating in the hospitality sector, Service Properties’ stock has been hammered by the pandemic, which all but halted travel this spring. Shares of the company, managed by an affiliate of Adam Portnoy’s RMR Group Inc., have tumbled about 65% this year. That compares with a decline of about 49% for a Bloomberg index of hotel REITs.