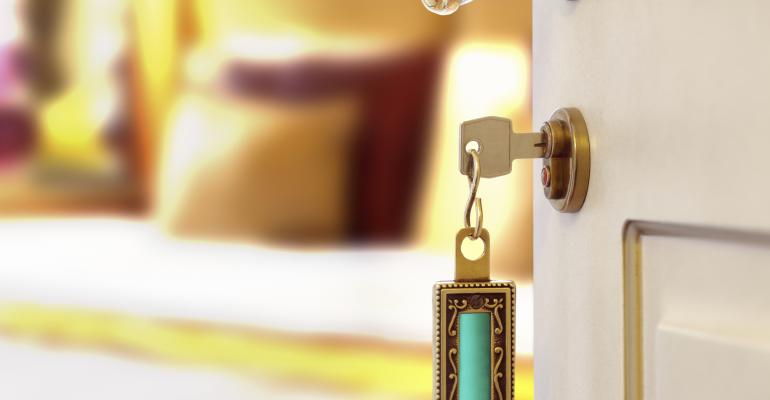 Upscale Limited-Service Hotels Are All the Rage among Developers

Limited-service hotels tend to be cheaper to build, without the cost of developing and maintaining a commercial kitchen and dining area.&nbsp;

While hotel developers are building new properties in almost every segment of the hospitality business, there is one asset type that’s experiencing the most construction: upscale limited-service hotels.

“The hotel business is firing on all cylinders, filling more rooms than ever,” says Jan Freitag, senior vice president with research firm STR.

Upscale hotels without conference centers and food and beverage services may be an especially good fit for the crowded downtown areas where developers are eager to build. These properties are also experiencing greater demand from consumers than any other type of hotel. They are posting strong average occupancy rates, despite competition from both full-service hotels and home sharing companies like Airbnb.

Developers have 191,000 new hotel rooms under construction nationally. Two-thirds of those rooms are in upscale and upper midscale segments of the hotel inventory, according to STR.

Developers’ preference for upscale hotels also shows in the hotel rooms that opened so far this year. In the first 90 days of 2017, the number of rooms in the “upscale” segment grew by 6.1 percent, while growth in the inventory of hotel rooms overall reached just 2.9 percent.

While upscale limited-service hotels don’t provide extensive food or beverage services, this is mitigated by the fact that they are often located in urban neighborhoods where guests can walk to a variety of restaurants. New 24-hour neighborhoods have become especially popular with developers.

“This theme of hotel developers choosing downtown areas across the country is more pronounced this cycle than in previous ones,” says Jeff Myers, managing consultant with research firm CoStar Portfolio Strategy.

Meanwhile, limited-service hotels tend to be cheaper to build, without the cost of developing and maintaining a commercial kitchen and dining area. “Running food and beverage services is very expensive,” says Freitag. Many hotels that offer these services work hard to break even.

If you build it they will come

These properties may be attracting more new guests because they have the newest, shiniest hotel rooms in their areas. “Guests may have to chose between a full-service hotel that is 25 years old compared to a hotel that is just 25 days old,” says Freitag.

These hotels may also have a competitive advantage over older hotels in their areas because they often provide amenities that are difficult to add to older hotel buildings. One example is wireless Internet service. “It’s like running water—most limited services hotels provide it for free,” says Freitag.

However, the upscale hotel segment is also experiencing a 6.1 percent increase in supply. That means the occupancy rate for these hotel rooms is inching down from its record highs.

The strain is beginning to show in the room rates. Average daily rates for upscale hotels grew by 1.3 percent in the first 90 days of 2017 compared to the year before, according to STR. That’s solid growth, but less than the 2.5 percent growth for room rates in the hotel business overall.