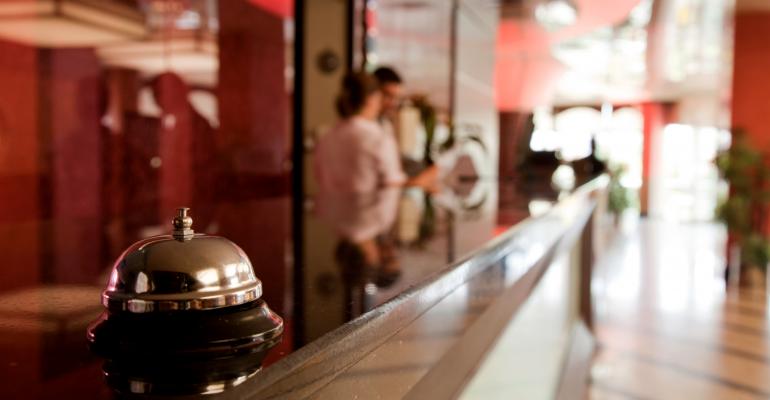 Visiting Colleges? The Era of Staying in a Sad Hotel Is Over

(Bloomberg)—When I was in college, and for years afterward, the nicest place to stay in New Haven, Conn., was an Omni. It was nice enough, in the way that any big, fourish-star hotel in any medium-size city anywhere in the country can be nice. It was unquestionably nicer than the creepy, weird bed and breakfast where my parents stayed during family weekend in the fall of my freshman year, or the highway exit spots where we overnighted when I visited colleges during high school. But the Omni didn’t have cool cachet or much local flair, and it certainly didn't have any strong connection to Yale.

Times have changed. This autumn, as high school juniors and seniors arrive for campus tours and parents come to visit, they’ll find that new hotel offerings in college towns have never been more appealing and attuned to their locations, offering creative connections to campuses and surrounding communities. Whether owned by the colleges and universities or by boutique brands designed for this purpose, these hotels take better care of their guests and exhibit more school pride. They do it all in a way that’s proving to be big business, too.

“Everyone is looking to do hotels right now,” says Matthew Arrants, an executive vice president at hospitality consultancy Pinnacle Advisory Group, which has worked with colleges and universities on hotel projects for decades. Clients include Swarthmore, Amherst, and Villanova, all of which have opened new hotels or completely renovated old ones in the past few years, as well as Colby, which will soon do it. “You had properties before, but they were just very tired,” Arrants continues. “Schools were kind of purists about keeping it simple.”

Now they’re making big investments to redevelop or significantly upgrade campus lodging, control the experience, and build the brand of the school, says Arrants. He points to a desire to attract and appeal to potential faculty, researchers, and donors, as well as to prospective students and their families, as major reasons behind this trend. It’s a bit of trickle-down from the boutique hotel boom that’s swept through bigger cities over the last decade.

Pinnacle’s latest collaboration is the new Williams Inn, which opened in August in western Massachusetts’s Williamstown. Occupying prime real estate on the Williams campus at the base of Smith Street, the town’s sole commercial strip, the new 64-room, $32 million hotel replaces a predecessor that sat a few blocks away for four decades.

The former inn’s off-center location left it disconnected from downtown, while its decidedly down-at-the-heels aesthetic left much to be desired. The color scheme and small windows of the lobby, for instance, made it feel dark and unwelcoming; the finishes, from paint to wallpaper to window treatments, felt outdated, says Rita Coppola-Wallace, Williams’s executive director of design and construction, who managed development of the new inn. “It was a 1970s property,” she explains, “not the best era for architecture or construction.”

The new inn has been designed to correct both issues and to function as a calling card for Williams. The college, Coppola-Wallace says, wanted the hotel “to serve as the living room for the whole community.”

To that end, the inn took as its stylistic jumping-off point the classic, comfortable, and inviting New England architecture of the area, combining elements from red barns and white clapboard and stone farmhouses. Walls of local rock, porches, and patios—one with a fire pit—surround the building, providing opportunities to enjoy the great outdoors, a major part of the experience of Williamstown, set in the scenic Berkshires. Inside, salvaged beams and columns, hardwood floors, and a large fireplace give the lobby that desired living room feeling, while an adjacent book nook suggests the home library of a professor. Works by faculty and area artists dot both the public spaces and the rooms, while subtle touches of purple—Williams’s leading school color—appear in glass accents, pieces, and rugs.

“They wanted to take the ethos of the college and infuse it throughout the hotel,” says architect Gary Johnson, a principal at CambridgeSeven, the architecture firm that designed the inn for Williams and did Dartmouth’s Hanover Inn a few years ago. “So it’s not a Courtyard Marriot near the campus but instead, a college-sponsored hotel that has the same characteristics and flavor of the school.”

Colleges are asking for this more and more. At Dartmouth, for example, the firm incorporated knit throw blankets on the beds, to recall classic Ivy League-prep cardigan sweaters, and placed a granite slab table in the lobby, a reference to the school’s alma mater, which celebrates “the granite of New Hampshire/In their muscles and their brains.”

And it’s not just the schools themselves that are driving this change. Several boutique brands have entered the market.

Graduate Hotels, launched in 2014, leads the pack with 19 hotels. Eight of them debuted this year, most recently near Ohio State, in Columbus, Ohio, and Penn State, in State College, Pa., with outlets near Yale and the U.S. Naval Academy, in Annapolis, Md., opening this fall.  The company has 13 more in the pipeline; its first international location will open next year in Cambridge, England.

“We knew how dynamic these markets were and how passionate students and alumni can be,” says Graduate Hotels founder Ben Weprin, explaining the impetus to start the brand. “Our thought process was that a hotel that spoke to their needs, in a playful and nostalgic way, could be extremely successful.”

To that end, at every Graduate hotel, you’ll find nods to, if not outright winks at, the college community: keycards that look like student IDs of famous alums, say, or, at the recently opened Graduate Eugene—next to the University of Oregon, alma mater of Nike founder Phil Knight—a reception desk that doubles as a display case for rare, big-ticket, vintage sneakers.

As a business proposition, hotels in college towns make sense. According to research done by John O’Neill, a professor of hospitality management at Penn State, they fare better during times of economic hardship than those in other sorts of locations; demand for rooms on campuses tends to be more stable, although occupancy and rates tend to be lower overall than in comparable hotels in similar cities, and demand does dip when school isn’t in session. Paul McGowan, chief executive officer of Study Hotels, notes that steady visitors are drawn from a variety of populations, including “alumni, parents, visiting professors, and dignitaries who are well traveled and looking for a different experience.” That sort of high, diverse, and relatively affluent demand makes these hotels what you might call recession-proof.

Given current concerns about economic uncertainties, that’s good news for the properties’ bottom lines. But it’s also good news for anyone planning trips back to campus this fall, in the months ahead, or well beyond. I, for one, will happily let my bright college years live on at the Study—or the soon-to-open Graduate—while browsing shelves of books by Yale authors or admiring work by a dean of the university’s art school, rather than staring at the relatively anonymous walls of that Omni down the street.

To contact the author of this story: Andrew Sessa in New York at [email protected].

To contact the editor responsible for this story: Chris Rovzar at [email protected]