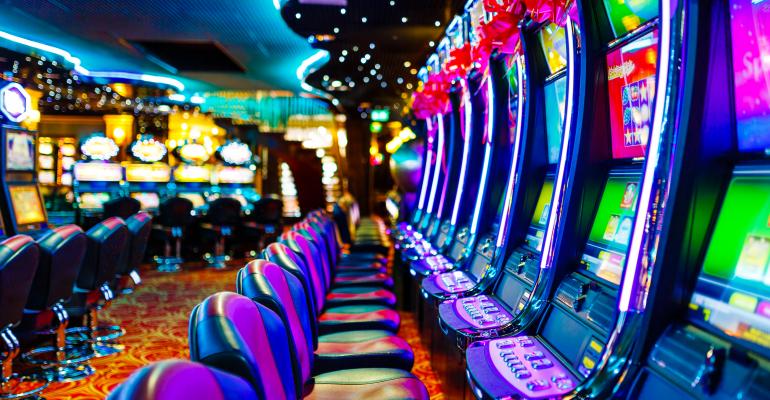 Wynn Resorts CEO Matt Maddox would like the Las Vegas strip to re-open in May.

(Bloomberg)—Wynn Resorts Ltd. Chief Executive Officer Matt Maddox is calling for parts of the Nevada economy to start reopening in early May, followed by the Las Vegas Strip in the middle or later part of the month.

“I understand that if we incrementally reopen we might have to pull back if a spike in cases occurs that jeopardizes our health care system capacity,” he said in an opinion piece published by the Nevada Independent. “However, the only way to cross this river is one stone at a time, and we need to put our feet in the water before it is too late.”

The opinion piece was accompanied by a 23-page proposal detailing steps it’s taking to keep its casino, hotel rooms and facilities sanitized and safe, down to details such as giving all guests amenity bags that include hand sanitizer and face masks, as well as a “Covid-19 awareness card.”

Other safeguards he proposed include:

The need to wear masks

An increase in coronavirus tests in the state

Limiting the number of guests in elevators and limos

Removing guest rooms with presumptive positives from service and quarantined

Security officers to greet visitors, who will be screened and asked to use hand sanitizer and wear a mask

Maddox pointed out that the main obstacle to reopening is widespread testing, but that he anticipates it will happen over the coming weeks. He also highlighted the dangers of the financial distress facing hospitals that have canceled elective procedures, which could lead to a “badly damaged” health-care system.

The casino operator was the first in the state to shut down operations amid the outbreak and is committed to paying its staff for 60 days through May 15, which is costing the company about $3 million a day or $180 million for the two months, he said.

The shutdown to cope with the pandemic has taken a toll in Las Vegas and the state of Nevada, which rely heavily on tourists. The unemployment rate rose by 2.7 percentage points to 6.3% in Nevada -- the largest increases in jobless rates in the nation, according to a Labor Department report Friday, as Americans began curbing their social activities and staying home more.

“Our economy is in a free fall,” he said, adding that he’s on calls almost everyday with the nation’s and state’s top health experts to plan for the reopening. “Nevada will likely be one of the hardest hit states in the nation and suffer very high unemployment. It is imperative to flatten this curve so we can re-emerge in a safe, sustainable way.”

Wynn’s shares have fallen 44% since the start of the year, compared with the 11% decline in the S&P 500 Index.

To contact the reporters on this story: Olivia Rockeman in New York at [email protected];

To contact the editors responsible for this story: Matthew G. Miller at [email protected]