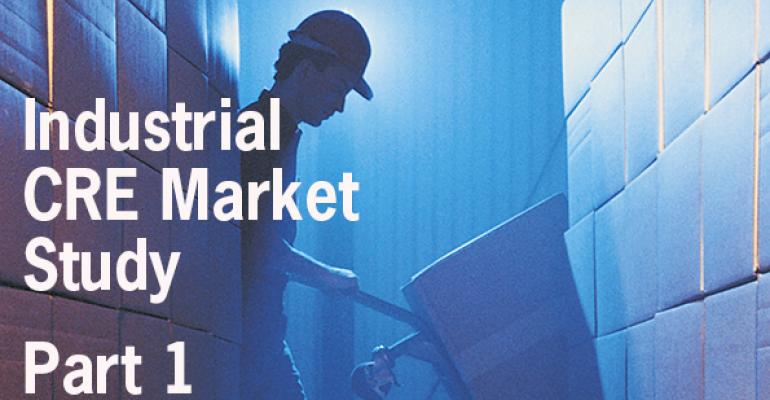 It’s been a bull run for the industrial real estate sector in recent years and industry pros expect that to continue in 2017. While new development levels are creeping up, leasing activity remains robust, occupancy rates at industrial properties are high and rents are continuing to grow.

The sentiment is based on the third annual survey of the industrial real estate sector completed by NREI. Year-over-year comparisons reveal where outlooks have changed—and where they haven’t.

Many respondents expect continued improvements in occupancy rates and rents. But now, with interest rates on the rise, a majority of respondents for the first time in the survey’s history expect to see a rise in cap rates.

As that translates to investment activity, just more than half of respondents (55 percent) said they plan to hold in the sector in the next 12 months. Only 13 percent plan to sell, while 33 percent are looking to buy.

Preliminary numbers from CoStar indicate that in 2016 $69.3 billion in industrial property changed hands. That represented a 21 percent decline compared with 2015, when $88.1 billion in deals closed. But it was still the second highest volume of deals in the sector CoStar has measured going back to 2000.

More than the building, buyers are looking at the tenants themselves. Amazon, for example, reported that third quarter revenue rose 26.7 percent year-over-year to $29.5 billion. The company accounts for online buying growth even just by itself, as the Seattle firm’s sales figures reportedly made up more than 81 percent of total third quarter web revenue growth. However, the firm is now running out of storage room, and has asked merchants to help handle the demand for warehouse space.

Amazon’s properties command high prices. For example, Prologis sold one of Amazon’s fulfillment centers, a 1.5-million-sq.-ft. building in the Greater Hartford, Conn. sub-market of Windsor, to Deka Immobilien for $105.5 million in April, at a cap rate of 5.7 percent. Amazon signs 10-year leases for its buildings, and developers put these up for sale at a high premium. Another 15 Amazon buildings are under construction in seven states.