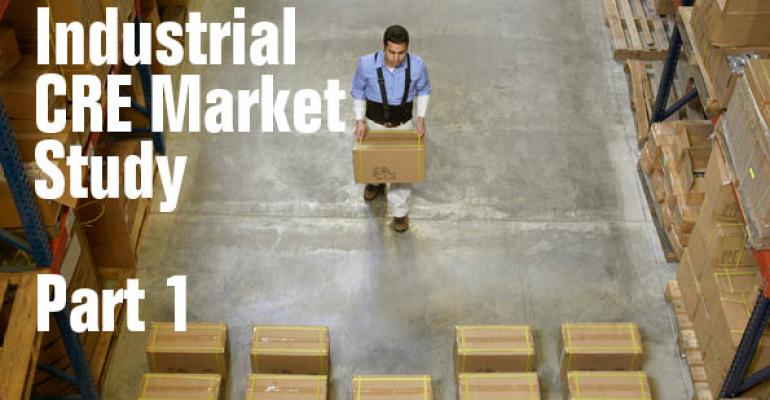 The sentiment is based on the second annual survey of the industrial real estate sector completed by NREI. Year-over-year comparisons reveal where outlooks have changed—and where they haven’t.

While respondents expect improvements in occupancy rates and rents. But along with expectations of increasing interest rates come the expectations that cap rates will rise and that capital availability has stabilized.

The NREI research report on the industrial real estate sector was completed via online surveys distributed to readers of National Real Estate Investor in January. The survey yielded 235 responses. Recipients were asked what regions they operated in (and were allowed to select multiple regions. Overall, 43 percent said they operated in the South, followed by the Midwest (41 percent), East (39 percent) and West (38 percent). Approximately half of respondents are investors and developers. Nearly half of respondents (44 percent) hold the titles of owner, partner, president, chairman, CEO or CFO.