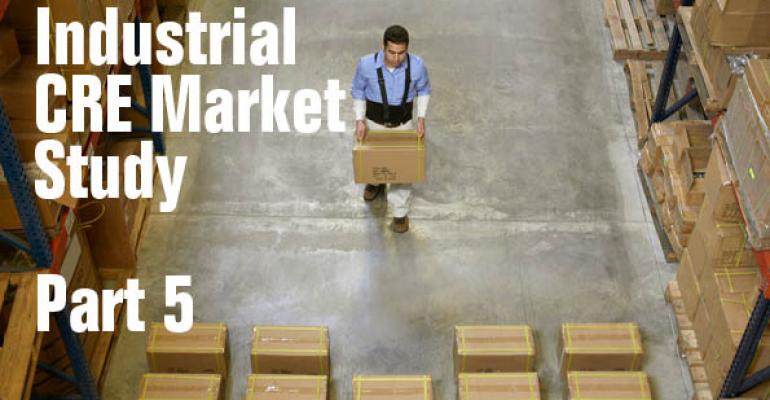 CoStar Group estimates net absorption in the industrial sector totaled 97.2 million sq. ft. in the fourth quarter in the markets it tracks. That has resulted in the national vacancy rate falling to 6.4 percent at the end of the fourth quarter—an 80 basis point improvement year-over-year.

With development in check and occupancies rising, respondents remain bullish on the outlook for rents. The majority of respondents (roughly 83 percent) said they expect rents to rise in their region in the next 12 months. Only 1 percent said they think rents will decline. And about 17 percent said they will remain flat.

The average quoted asking rental rate for available industrial space was $5.76 per sq. ft. per year at the end of the fourth quarter 2015, according to CoStar.