The Charleston industrial market is poised for extraordinary growth in the coming years. Led by BMW, the region’s car manufacturing industry is cranking up, with new Volvo and Mercedes-Benz plants bringing 5,300 jobs to the region in 2018. Additionally, a $529 million dredging project will deepen Charleston’s harbor to 52 feet, making it the deepest waterway on the East Coast, shifting port volume into high gear with “big-ship” service that will attract “Neo-Panamax” vessels. The State Ports Authority is also expanding its inland operations with a new intermodal facility in Dillon.

Cincinnati is an up-and-coming Midwestern industrial market due to a thriving economy and diverse industrial base of advanced manufacturing, automotive and e-commerce, which got a boost in 2017 by landing Amazon’s only U.S Prime Air Hub. The region has experienced rent gains of 8.2 percent annually for the last five years, which generated 3.6 million sq. ft. of new product deliveries last year, with another 4.5 million sq. ft. under construction at the end of 2017. Even so, vacancy averaged just 4.2 percent at year-end, with absorption of 5.1 million sq. ft. outpacing new supply.

Located at the convergence of eight interstate systems, Indianapolis is known as the Crossroads to America. Its logistical advantage puts it within a day’s drive of 75 percent of U.S. and Canadian population centers. Indianapolis is home to the seventh largest cargo airport in the U.S., which is also the second-largest FedEx hub in the world. Add to that an appealing tax structure and business-friendly regulatory environment, and all the ingredients are present to make this the Midwest’s “go-to’ regional distribution market.

The Las Vegas industrial market posted some of the strongest economic fundamentals in the nation last year, driving high demand for industrial space from both regional distributors selecting Las Vegas over Southern California and expanding local businesses. The region’s logistical advantages, which include access to two interstate highways, the Union Pacific Railroad and McCarran International Airport, also provide occupiers access to 26 million consumers in Southern California and relatively close proximity to the ports of Los Angeles and Long Beach, the largest ports in the U.S.

Lehigh Valley in Northeastern Pennsylvania provides industrial occupiers with close proximity to some of the largest cities in the U.S., with 6.5 million consumers within 50 miles and 61.5 million within a 250-mile radius. This has made the region’s industrial market popular among distributors, manufacturers and 3PLs involved in food distribution, the retail supply chain and e-commerce fulfillment.

An international distribution hub and global supply-chain center, Memphis has infrastructure second to none. This includes the nation’s largest cargo airport, five Class One railroads, 490 trucking terminals and 11 highways. Additionally, the International Port of Memphis, which sits on the Mississippi River, is the fifth largest inland port in the U.S. and feeds cargo to the region’s large rail network that includes nine rail yards. Occupies have access to a local population of 1.5 million and more than 17 million consumers within 250 miles. As a result, this industrial market has experienced high leasing and development activity over the past six to twelve months, with absorption of 5.5 million sq. ft.

Nashville has emerged as a dynamic business center, with a strong creative scene, growing population and talented labor pool fed by the region’s concentration of colleges and universities. As a result, the Nashville economy is among the healthiest in the U.S., with unemployment at just 2.2 percent. This, along with a relatively low cost of living and vibrant lifestyle amenities, has made it a popular target for migrating millennials. The region’s strong industrial sector is the result of a rapidly growing population that has increased demand for e-commerce distribution space and a strong automobile-manufacturing base.

Offering a sunny climate without weather extremes, Phoenix’s outdoor lifestyle continues to attract newcomers, and the region’s nearly 5 million population is expected to grow by 8 percent over the next five years, according to the U.S. Census. A location along I-10, which provides logistical access to Southern California seaports and a large swath of Southwest consumers, along with a lower cost of doing business, available industrial product and land for expansion, makes the Phoenix industrial market an attractive alternative to Los Angeles and the Inland Empire.

With a rapidly growing population and strategic location as the gateway to Latin America and the Caribbean, the South Florida industrial market has emerged as a powerhouse fueled by a shift in consumer spending to online retailers and international trade, which has led to heavy investment in infrastructure improvements. These economic drivers, along with high barriers to entry and dwindling land supply, have kept the region’s industrial vacancy low and pushed asking rents to $9.40 per sq. ft., making it a popular market among institutional investors.

A central location and strong logistics network supported strong leasing activity and absorption in St Louis’ industrial market last year, with large e-commerce occupiers, including Amazon, Best Buy and Geodis, taking large blocks of space. St. Louis’ industrial sector is poised to take advantage of the growing e-commerce trend. More than one-third of the U.S. population is located within 500 miles of the Port of Metropolitan St. Louis, the northernmost ice- and lock-free port in the U.S., which spans 70 miles on both sides of the Mississippi River. Six Class One railroads, seven interstate highways and two international airports serve the port and industrial occupiers.

The Stockton-San Joaquin County market has emerged as a leader in the development of institutional-quality logistics and distribution facilities. This evolved as institutional developers, attracted by the region’s ease of access to infrastructure and developable land, shifted attention away from the Bay Area to the Central Valley. Now the Central Valley’s state-of-the-art speculative and build-to-suit development is attracting Fortune 500 companies due to logistical advantages that connect this market to the surrounding region. 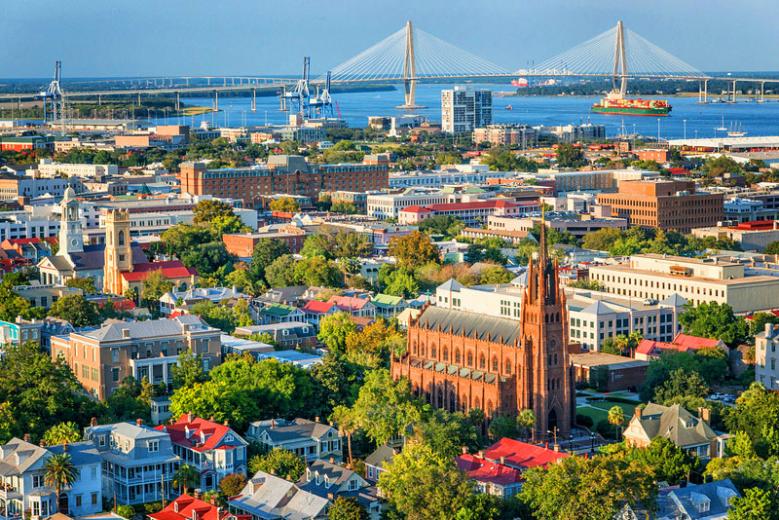