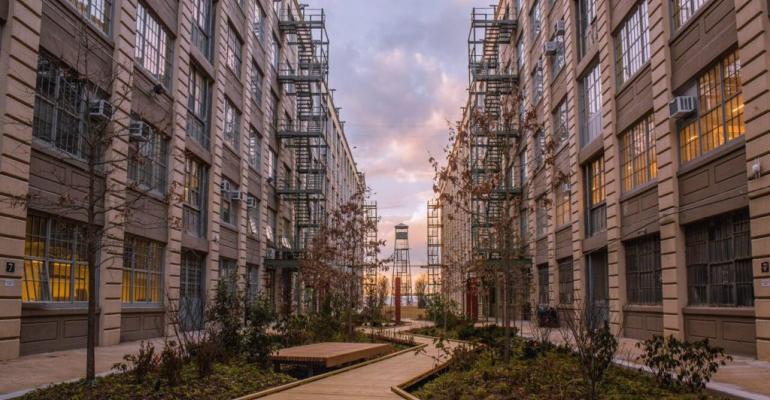 The e-commerce giant could lease as much as 1 million sq. ft. at a Brooklyn logistics facility.

(Bloomberg)—Amazon.com Inc. is in talks to rent space at Brooklyn’s Industry City for a new logistics facility, according to a person with knowledge of the matter.

The online retail giant could lease as much as 1 million square feet (93,000 square meters), though negotiations are still in the early stages, said the person, who asked not to be identified because the discussions are private. Amazon may also seek out additional logistics properties in New York as it looks to expand its capacity to deliver goods quickly to customers in the city, the person said.

A spokeswoman for Amazon didn’t immediately respond to an email seeking comment.

“While it’s clear that a number of entities are looking to satisfy their ‘last mile’ needs in Brooklyn, we decline to comment on any specific negotiations Industry City might be having,” said Lisa Serbaniewicz, a representative for the property.

In February, Amazon abandoned plans to build an additional headquarters in New York’s Long Island City neighborhood following fierce public criticism of tax breaks promised to the company, and concerns about the impact on housing costs and transportation. The company currently operates an 850,000-square-foot fulfillment center on Staten Island.

To contact the reporter on this story: Lily Katz in New York at [email protected].