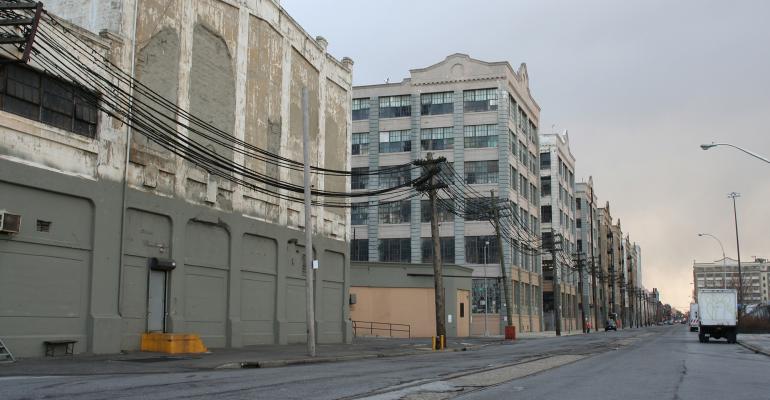 All types of real estate investors are chasing the most stable commercial property type.

Boosted by the pandemic, positive industrial real estate fundamentals are driving asset values to record highs, particularly “last mile” properties in core urban markets. And investors of all types are competing hard to pounce on the limited number of available deals.

“A range of institutional investors and REITs have continued to be active (in the industrial sector) since the pandemic began, with most top buyers closing deals in multiple months,” says Indianapolis-based Jason Tolliver, managing director of investor services at real estate services firm Cushman & Wakefield.

He notes that markets seeing the most sales volume year-to-date are Chicago, Los Angeles, Dallas, Atlanta and the Inland Empire, with the New York City boroughs, Houston, Phoenix, Boston, and Northern New Jersey close behind.

“All primary and strong secondary markets across the U.S. are performing very well and are attracting significant investor interest,” adds Los Angeles-based Michael Kendall, Colliers International executive managing director of industrial capital markets for the Western United States. “There has been a flight to safety and quality as a result of the pandemic, and U.S. industrial is seen as a safe haven.”

Industrial sales continued to pick up in the third quarter, after transaction activity slowed in the first two quarters due to uncertainty surrounding the pandemic. Overall, about $14.8 billion in industrial transactions closed during the quarter, according to CBRE. That's down year-over-year, but up from the volume posted in the first half of 2020.

PGIM acquired a four-building. 2.2-million-sq.-ft. industrial portfolio in New Jersey for $275 million, as well as a significant stake in a 30-asset industrial portfolio valued at about $700 million, in partnership with Perlmutter Investment Co.’s IAC Properties. It also acquire a 15-building portfolio located across Atlanta, Dallas, Denver, Fort Worth and Phoenix for $425 million.

Last-mile industrial buildings and urban logistics facilities in infill markets close to dense populations with good-credit tenants and long-term leases or near-term lease renewals, which provide an opportunity to mark rents to current market rates, are particularly attractive. Single-tenant industrial assets are the most popular, representing $11.3 billion in transactions out of total industrial investment volume during the quarter, according to CBRE’s Q3 Capital Market report.

With vacancy practically nonexistent in high-barrier core markets, high demand for industrial space, and no land available for new development, competition for available assets is so keen that Fraker says it’s normal for assets to generate at least 12 to 15 bids.

“Given how competitive industrial is today, most investors are prepared to close all-cash with tight time frames,” Kendall adds, noting that to the extent they want to put debt on, they do it post-closing.

Both Fraker and Kendall note that there is plenty of financing available for industrial assets, as lenders are aggressively competing for investor business, providing low interest rates and attractive terms. “Depending on the asset, we are seeing loans at 50 to 60 percent loan-to-value, with rates in certain cases dropping below 3 percent,” says Kendall.

CBRE requires potential bidders to sign a confidentiality agreement to obtain financial details on an asset, such as rent rolls and tenant financials. “The volume of confidentiality agreements is up 25 percent, which usually results in plus or minus a dozen or so offers,” Fraker explains, noting that winning bids  often exceed CBRE’s preliminary guidance on the property’s value. He adds that sellers do not usually provide an asking price, but rather brokers provide bidders with pricing guidance.

Kendall also reports that bidding frequently exceeds his team’s pricing guidance, noting, for example, that his team closed a transaction in Southern California’s Inland Empire in October where pricing ended up about 10 percent over expectations. “I believe that what an investor agrees to pay is the market (value),” he adds. “So, even though we’re seeing strong upward movement in pricing, I wouldn’t consider it ‘above market.’”

When COVID-19 erupted in February and March, investment volume dropped and many deals were pulled off the market. But when it became apparent that the pandemic was having a positive impact on industrial sector fundamentals, Fraker says assets were returned to the marketplace and achieved better than expected pricing.

Fraker notes that transaction activity is greatest in coastal markets such as Los Angeles, New York and New Jersey, where assets are achieving the highest prices. “Smart owners know it’s a good time to sell,” he says, contending that most institutional and private investors are willing to pay a price premium for assets with very low cap rates given the exceptional rent growth opportunities in gateway markets.

Tolliver says that both East and West Coasts ports reported a rebound in containerized cargo in the third quarter, after falling off in the first half of 2020 due to a combination of pandemic and trade war with China. He notes that U.S. importers are diversifying some sourcing away from China, mainly to Vietnam and other Southeast Asian countries.

Although sourcing has shifted, Tolliver says that the main trade gateways remain the same and are expected to continue to see growing containerized inflows and long-term growth. “Logistics assets that are proximate to ports and population centers will remain among the most highly coveted and highly valued,” he contends.

Kendall also says that on-shoring and near-shoring of manufacturing is having a positive impact on Southeastern and Southwestern markets due to their proximity to Mexico, driving additional demand for warehouse space in these markets.

Both Tolliver and Kendall note a strong increase in East Coast port activity, because they are less reliant on trade with China than West Coast ports. Kendall says, however, that the ports of Los Angeles and Long Beach continue to see strong activity and expect it to stay strong given their significant operational efficiencies over other West Coast ports.

Industrial vacancy is at an all-time low, and the massive amount new industrial supply coming to market is being quickly absorbed due to the dramatic increase in online shopping, Fraker says, noting that the large amount new product has not slowed rent growth nor investor confidence in this asset class, which continues to deliver consistent return on investment (ROI).

Tolliver says that nine markets—Dallas, Houston, Inland Empire, Atlanta, Pennsylvania I-81 & I-78 Distribution Corridor, Chicago, Columbus, Memphis and Indianapolis—accounted for over half of new completions, with each market delivering more than 10 million sq. ft. “New supply remains largely concentrated in markets where demand has been consistently strong,” he adds, noting that those nine markets also accounted for 60 percent of absorption in the third quarter.

As a result, developers remain bullish on the future of the industrial market, according to the CBRE report, which noted that 312 million sq. ft. of industrial space was under construction at the end of the third quarter, of which 38 percent was preleased

With the significant increase in online grocery shopping, Fraker notes that the cold storage segment represents another opportunity for investors. He says investors shied away from this asset class in the past, as it is a specialized product and expensive to build and maintain. Noting that cold storage vacancy is currently at approximately plus or minus 1 percent, Fraker explains that the majority of cold storage inventory was built 20 to 30 years ago and may be operationally obsolete in need of replacement with modern, high-tech, efficient facilities.

Kendall also notes increased demand for trailer parking lots and truck terminals due to the increase in goods movement. “A lot of investors are targeting these assets, as they also have long-term redevelopment potential, giving investors optionality on the back-end of the investment hold,” he says.