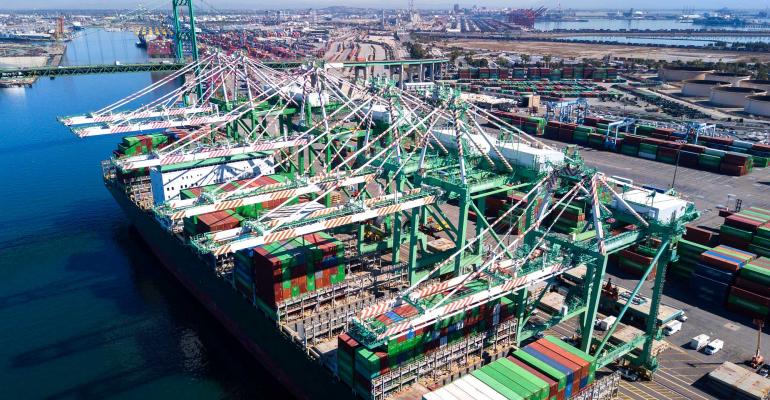 Cancelled ocean vessel routes became a frequent phenomenon earlier this year as consumer demand for many discretionary products dropped off during the COVID-19 pandemic, according to the recent U.S. Seaports Outlook Report from Colliers International. At a result, the volume of twenty-four equivalent units (TEUs) handled by U.S. ports in 2020 has declined. But Colliers researchers expect the impact from the pandemic and widespread lockdowns to level off as the manufacturing sector in China continues to return to normal operations and shutdown limitations ease in the United States.

So far, the industrial markets located near the nine top U.S. seaports have performed well. Their combined vacancy rate averaged 4.5 percent at the end of the first quarter of the year, below the 5.1 percent average for industrial markets nationally. Occupancy totaled 17.7 million sq. ft., above 2018 levels. The fear among real estate insiders is that decreasing TEU volumes could translate to reduced demand for space going forward. But high consumer demand for healthcare-related items is prompting greater need for temporary storage space, Colliers report points out. This has caused an uptick in short-term space requests, which should ease concerns that industrial sector fundamentals might suffer as a result of lower cargo volumes. Instead, Colliers researchers expect the industrial sector to rebound faster than other property types as it responds to pent-up demand.

Here is the list of the nine busiest U.S. seaports that Colliers ranked by most TEUs loaded inbound and TEUs loaded outbound year-to-date through April.