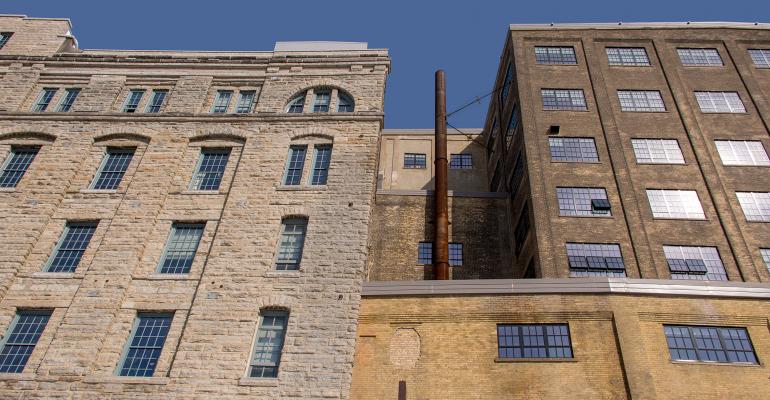 CRE developers can use everything from old government facilities to brownfield sites to capitalize on the need for last mile warehouses.

Amazon launched the age of e-commerce when it shipped its first book out of a garage in 1995. Since that beginning, consumers have grown to embrace the ‘e-tail’ lifestyle. Millennials are now driving the demand for everything from toilet paper to make-up delivered to their doorstep. To accommodate this growth, e-retailers are snapping up industrial-use land and buildings as close as possible to the consumers they need to serve.

Access to the ”last mile” of delivery in urban locations has become one of the most critical factors in site selection. Facilities must not only be the right size, they must also have access to a highway and/or waterway, appropriate zoning, an accessible employee base and be as close as possible to their customers.

Traditionally, open plan, one-story buildings have been used as warehouses. Today, buildings of several forms can be utilized, including former big-box stores; industrial sites in various stages of remediation; under-used office space; and, in one instance in Chicago, an underutilized parking garage.

As consumer needs change, the re-utilization of space will also change. Developers need to be creative in the sourcing of land and the use or re-use of existing space.

The terminal is a former Navy base built in 1942, then turned into an army base in 1967. Located in Bayonne, N.J., it is across the river from New York City and adjacent to US Route 440. Closed in 1999, the terminal sat empty for years. E-economy has led to this 90-acre parcel being converted into industrial warehouse space, residential development and retail, including a Costco.

One key component of the redevelopment is a 1.6-million-sq.-ft. warehouse being constructed by Lincoln Equities Group with built-to-suit spaces to accommodate e-commerce companies.

Utilization of this abandoned government facility for e-commerce created millions of dollars of tax revenue for Bayonne, brought in new jobs and revitalized an industrial waterfront that had fallen into disuse.

A recent example of converting a brownfield site involved an ex-industrial area encompassing 100 acres in Jersey City. Almost the entire parcel had been identified as a “superfund” site requiring remediation because of hazardous materials. The municipality rezoned the land for residential use to make it more valuable to justify the clean-up. But the surge in e-commerce has led to the site being valuable as warehouse space.

As an older industrial site, it is near major transportation routes and was once serviced by rail. It is near a growing downtown, as well as a traditional urban employment base. With the growing demand for warehouse space, these factors tipped the scale in favor of redeveloped warehouse use over residential space.

Factors involving location that first created industrial sites over 100 years ago are now deemed to be important again when considering warehouses for the e-economy. Easy access to transportation and proximity to customers and employees, coupled with reduced clean-up costs, make “dirty” properties the ideal sites for new warehousing. In addition to the site in Jersey City, similar sites include properties developed by Duke Realty in Linden and Perth Amboy, N.J. This trend will accelerate as the value of warehouses becomes competitive to other classes of properties.

In Chicago, the average city resident generates approximately 0.1 deliveries per day. With a population of 2.7 million, that equals 270,000 daily deliveries. This will only grow over time and the need for staging areas close by to deliver goods will become more urgent because it is not practical to have big warehouses in the heart of urban locations.

One solution is to re-use former retail, office and parking structures. Millennium Parking Garage in Chicago is one example. One of the largest underground parking systems in the world, it was transformed into a shipping/warehouse location. The garage’s 3.8 million sq. ft. over two floors had been under-utilized, so the owner worked with developers to repurpose some of it into an urban fulfillment center as well as self-storage.

A final frontier for e-retailers may be multi-story warehouses as the value of the last mile grows. Companies no longer want sprawling warehouses of inventory. They want fulfillment centers that receive mixed-case pallets with a variety of products.

These urban centers are a change from the replenishment warehouses that need five racks and 30-foot ceilings. Multi-story urban centers use mobile robotic storage, where individual products are picked off shelves. A multi-story warehouse can serve this purpose.

Urban logistics is a fast-growing industry that is anticipated to spend nearly $6 trillion by 2020. Providers of commercial space need to improve last-mile opportunities in conjunction with the e-commerce industry.

To meet the needs of the e-retailing economy, developers will have to be willing to look at sites they may not have considered in the past. The physical dimensions of the space aren’t as important as location, quick access to transportation and proximity to customers.

One factor often overlooked is a built-in employee base. Large industrial warehousing facilities become significant employers of the local population. This includes not only the “pick and pack” employees, but also higher-skilled maintenance, logistics, supply and office workers. Because of the opportunity to create employment in locations that have suffered from job loss, the one partner in any development that should be heavily considered is the government. Municipal governments are always looking for large employers. By partnering with governmental institutions, as well as with county, state and federal entities, a developer may be able to avail itself of everything from tax abatements and tax credits to grants or loans.

While some may lament the manufacturing jobs we have lost, the trend of new e-commerce warehouses cropping up in urban locations creates a whole new source of employment. That employment will grow as the urban environment adapts to new technologies and consumer preferences.