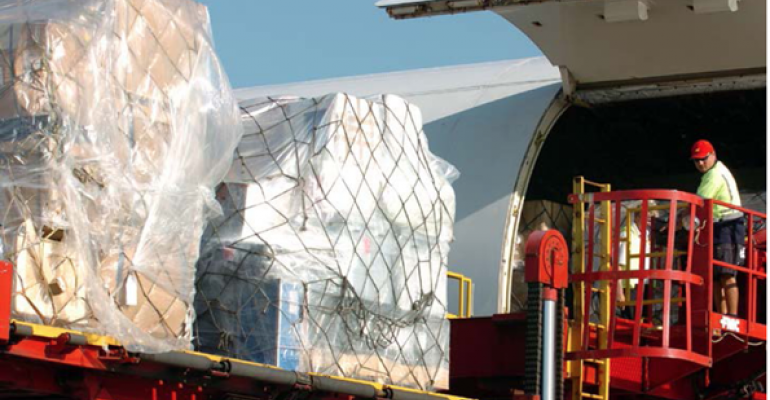 East Coast Ports May Benefit from Tariffs on Chinese Imports

India and Vietnam might become the winners in the current trade negotiations, shifting growth in imports to the East Coast ports.

U.S. seaports experienced a banner year in 2017 for imports and exports, according to a report from real estate services firm Colliers International, keeping industrial real estate around ports near full occupancy.

Ports nationally reported an increase in 20-foot equivalent unit (TEU) counts, a decline in labor disputes and minimal disruption from the major consolidations in the shipping industry.

But he notes that most tariffs have only recently gone into effect or haven’t started yet, so it’s difficult to say what the impact will be going forward. Noting that about 68 percent of cargo moving through Southern California ports involves trade with China, Peterson says that China has already reduced U.S. imports of scrap and recyclables.

“It’s too soon to know how the tariffs will affect trade relations, but I don’t see any major declines happening due to the strong U.S. economy,” says James Breeze, national director of industrial research at Colliers International.

Imports of goods and services should increase this year thanks to a growing U.S. economy, despite the new tariffs, agrees Jerry Nickelsburg, director of the UCLA Anderson Forecast, a source of economic analysis for business, government and the academic community.

But economist Walter Kemmsies, managing director and chief strategist for U.S. ports, airports and global infrastructure group with real estate services firm JLL, cautions that the current boost in port activity may be the result of Chinese manufacturers “stepping on the accelerator to get products out of the country before tariffs go into effect.”

If a trade war erupts, Breeze expects it would have a more negative impact on U.S. exports than imports. “American consumers will still buy foreign-made products, but we may see a slight decline in demand,” he says.

A response by China might hurt U.S. farm exports through the ports the most, as China shifts to importing certain grains, like soybeans, from Argentina, Brazil and Australia, notes Nickelsburg.  “With selective tariffs, you get trade diversion, but not necessarily a reduction in the trade deficit,” he says, pointing out that if the U.S. will impose a tariff on Chinese textiles, for example, that doesn’t mean there will be an increase in U.S. textile production.

Nickelsburg also notes that for the U.S. to cut its overall trade deficit with tariff policy alone would require a pullback from the global economy, but “history has taught us that this would have a negative impact on economic growth.” Additionally, he points out that foreign governments have been financing the U.S. national debt for decades, so if the U.S. withdraws into protectionism, this source of financing would be gone and government borrowing would have to crowd out domestic investment and consumption.

It’s likely the outcome of new tariffs on China will be a shift to U.S. imports from other nations, particularly India and Vietnam, according to Kemmsies. “Imports from other places will grow quickly, and there will be a shift in U.S. exports to countries where we have big deficits,” he says, noting that foreign negotiators realize that the nation with the biggest economy cannot continue to shoulder the biggest trade deficit.

As a result, China would likely have to agree to fairer trade policies, despite opposition at home, because it could have dire consequences for the Chinese economy should another U.S. recession similar to the last one occur. Kemmsies suggests that current trade negotiations between the U.S. and China are about how much of the U.S. deficit will be reduced at China’s expense.

If India and Vietnam become the winners in the current trade negotiations, he says that growth in imports will shift to the East Coast, giving East Coast ports and industrial real estate a growth advantage over the West Coast. Overall, however, industrial real estate will continue to experience full occupancy due to strong demand from other uses, especially e-commerce.

East Coast ports are already preparing for the shift with infrastructure improvements. Breeze notes, for example, that the Port of Charleston is investing in capital improvements to deepen the harbor from 45 to 52 feet to accommodate the larger ships coming through the newly expanded Panama Canal, making it one of the deepest harbors on the East Coast. The port is constructing a new container terminal that will increase capacity by 50 percent.

With more cargo flowing through the port and an increase in manufacturing throughout the region, industrial construction in the Charleston area topped 1.8 million sq. ft. in 2017 and an additional 3.0 million sq. ft. is slated for completion this year.

Expansion of the Panama Canal and $50 million in petrochemical infrastructure investment along the Gulf Coast boosted the Port of Houston’s activity in 2017, with a 21.6 percent increase in inbound containers—the greatest increase of any port in the nation.

The Port of New York/New Jersey has completed the raising of the Bayonne Bridge from 151 to 215 feet to compete with other East Coast ports for the larger ships coming through the Panama Canal.

Meanwhile, the Port of Virginia is dredging its harbor five feet deeper, making it the deepest port on the East Coast, and has started work on the Norfolk International Terminals Optimization Project, which will modernize and expand the port’s rail and motor transportation capabilities.  Despite expansion of the Panama Canal and improvements at East Coast ports, the Port of Los Angeles remains in the top spot for cargo activity, with 4.7 million TEUs of inbound container cargo moving through it in 2017. It is expected to remain the most active U.S. port for the foreseeable future due to its deep natural harbors, proximity to Asia and large growing population, Colliers report states. As a result, $2.6 billion in capital improvements are planned over the next decade to upgrade and modernize terminals, rail and warehouse infrastructure.