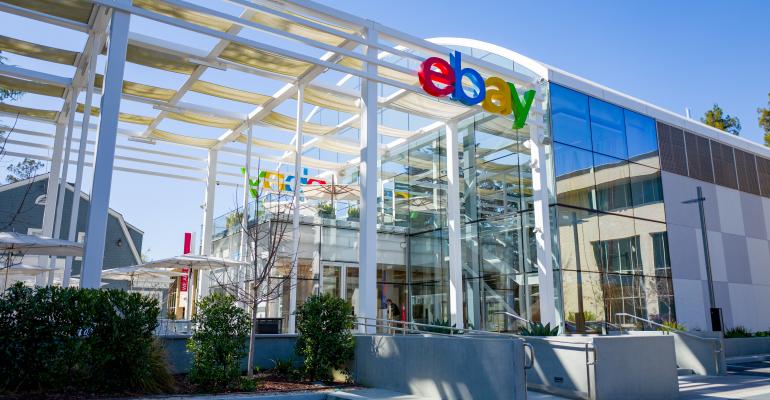 (Bloomberg)—EBay Inc. is launching a service to deliver orders more quickly and cheaply, the company’s latest effort to be more appealing to shoppers and sellers as well as compete with Amazon.com Inc.

EBay isn’t planning to build its own warehouse network like Amazon. Instead, it will use the collective volume of its sellers -- about 1.5 million packages a day in the U.S. -- to negotiate discounts with logistics partners it declined to name for warehouse space, packing and delivery. The goal is to let EBay merchants store inventory in warehouses around the U.S. so products can be delivered in two or three days at competitive rates. EBay plans to roll out its “Managed Delivery” service in 2020 and will run it on behalf of merchants through its own technology platform.

The company hopes to peel some business away from Fulfillment by Amazon, which is currently used by some EBay merchants. The new service will be cheaper than Amazon’s, and EBay will take responsibility for products lost or damaged in shipping, which is currently the seller’s responsibility. EBay conducted trials of the new service earlier this year in the U.S., Germany and the UK.

“We’re offering our millions of sellers a value proposition no one else can,” said Chief Executive Officer Devin Wenig. “We’ll rapidly win market share overseeing delivery of our own orders.”

The service is the latest piece of Wenig’s turnaround strategy. He became CEO in 2015 following its split with PayPal and is under pressure from activist investors to spur sluggish growth. EBay has more than 180 million shoppers globally who spend about $100 billion annually on the marketplace. Amazon’s global e-commerce sales this year will be more than $340 billion, according to EMarketer Inc.

EBay has long taken a hands-off approach to delivering goods ordered on its marketplace, leaving that up to merchants. That has led to inconsistent delivery times that can be frustrating to buyers and made EBay less competitive for immediate needs. Shoppers are especially mindful of delivery times during the holidays when they want assurances that gifts will arrive on time.

Amazon, which made two-day delivery a standard shopper expectation in e-commerce, is investing $800 million to make millions of products on its site available for overnight delivery. Major retailers like Walmart Inc. are letting shoppers buy products online and retrieve them in stores to take advantage of their proximity. Shopify Inc. last month announced its own logistics service. EBay once had a logistics business -- including warehouses and employees -- that handled online orders for big retailers like Macy’s but sold it in 2015.

David DiBartolomeo, who sells cases for smartphones and tablets as well as bands for smartwatches, participated in the U.S. trial. He had been running his business from the basement and garage of his New Jersey home and was running out of space to expand to meet demand. He and his wife packed orders themselves and shipped them all from New Jersey via the United States Postal Service or United Parcel Services.

He’s adding hundreds of products to his inventory and sales are up 35% compared with a year ago when he was still running the business from his home. “This is benefiting us tremendously,” he said. “I can focus on running my business and adding products rather than packing boxes all day.”

The new service will most likely appeal to mid-sized sellers looking to outsource their delivery operations as well as brands that want to offer online shopping options without having to partner with Amazon, which often competes directly with brands by selling its own versions of similar products, Wenig said.

“There’s no doubt brands want a pure online marketplace solution that isn’t using their own data to compete against them,” he said.

To contact the reporter on this story: Spencer Soper in Seattle at [email protected].

To contact the editors responsible for this story: Jillian Ward at [email protected]