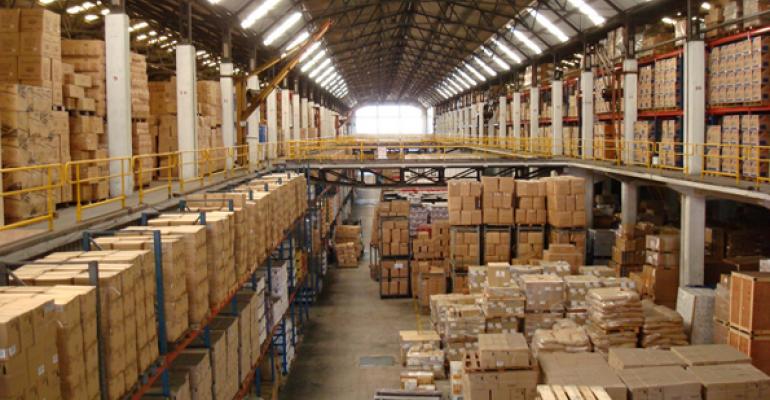 Both ecommerce and international trade are driving development of distribution facilities.&nbsp;

Industrial real estate will never be a glamorous product type, nor will it see sharp increases in rents like the office sector, which saw rents spike 5 percent last year, according to New York-based research firm Reis Inc. But it remains a sector with improving fundamentals poised for continued growth.

In fact, in all 45 markets tracked by Reis industrial real estate is experiencing positive rent growth.

According to Reis Chief Economist Victor Calanog, demand for warehouse/distribution increased in 2016, with vacancy for this sector down 30 basis points year-over-year and asking and effective rents growing 2.1 percent and 2.2 percent respectively. Demand for flex/research and development (R&D)space also increased, with this subsector’s vacancy ending the year at 11.1 percent, falling 70 basis points year-over-year and rents rising 2 percent.

“The bigger the distribution market, the more construction activity,” says Reis Senior Economist Barbara Denham, explaining that for most of these markets, ongoing momentum is driving the construction. “That is, the markets that have enjoyed the highest occupancy growth are the same ones seeing the most new construction. The industrial sector moves in herds such that occupants/landlords/investors see efficiencies in areas that have the most activity.”

In 2018, this is expected to change slightly, with San Bernardino/Riverside, Chicago and Dallas still on top, but construction in Atlanta and Indianapolis to overtake Kansas City and Central New Jersey.

Both ecommerce and international trade are driving development of distribution facilities.

“Distribution markets doing the best will continue to do well and see new construction,” Denham says. “With an uptick in ecommerce, we’re seeing more bigger spaces for chocking up big bulks of goods.”

A 2017 CBRE national report noted that technologies continue to reshape the logistics landscape. E-commerce, in particular, is prompting manufacturers, supplies and distributors to adapt their supply chains to meet new service demands.

Amazon is leading the next stage of e-commerce with introduction of same-day deliveries, Denham says. This improvement in service is increasing demand for smaller-scale facilities in urban locations close to customer, she says, noting that Amazon occupies two buildings in Chicago’s urban core.

According to the research firm Forrester, U.S. e-commerce sales will rise by 9.3 percent annually over the next five years, to $523 billion.

A lot of warehouse space is also dependent on international trade, Denham continues, warning that a trade war could have a devastating impact on demand for industrial space. She considers President Donald J. Trump’s rhetoric on trade “a lot of bluster,” pointing out that it’s politically intolerable because so many U.S. jobs and city economies are dependent on trade. Denham suggests that investors in trade-related industrial are taking a “wait and see approach.”

Changes in federal trade policy under a Trump Administration are the biggest concern for industrial real estate expansion and the fate of the North American Free Trade Agreement (NAFTA) may be the biggest wild card in determining trajectory of U.S. and global economies, states the CBRE report, which notes that Canada and Mexico combined accounted for more than $735 billion in trade with the U.S. in 2015.

But Trump earlier this week reiterated his campaign promise to renegotiate NAFTA or get rid of it entirely, continuing his past rhetoric of calling the deal a “disaster.”

U.S. trade between Canada and Mexico increased by 218 percent under NAFTA between 1993 and 2010, to nearly $945 billion. It accounted for 32.3 percent of all U.S. exports, according to the U.S. Department of Commerce International Trade Administration. In 2015, the U.S. exports to Canada totaled $337.3 billion to and $267.2 billion to Mexico

Denham notes that Ventura came as a surprise, with three large projects in the works, including the 430-acre, mixed-use Sakioka Farms Business Park, which will be built out over the next 10 to 20 years on the south side of Highway 101, east of Rice Avenue. The development will include 8.5 million sq. ft. of commercial, office and industrial uses, ranging from hotels and big-box retail to light manufacturing and business and research. The project is expected to create 15,500 jobs.

SARES•REGIS Group and an institutional partner have also broken ground on a collection of nine premium industrial buildings totaling 507,878 sq. ft. for lease in Thousand Oaks, Calif. Planned for delivery in the fourth quarter of 2017, the project will occupy the last 29 acres at the Conejo Spectrum business park. Another project on Victoria Avenue in Ventura is in the pipeline, but has not yet pulled permits.

Denham also notes that the emergence of Kansas City and Central New Jersey as top markets for flex/R&D construction was surprising, but Memphis, which is home to the largest cargo airport in the U.S. and second largest in the world, is not surprising. Noting that this market offers low rents and that FedEx Corp. is based there, Denham says that most construction is owner-occupied, build-to-suits.