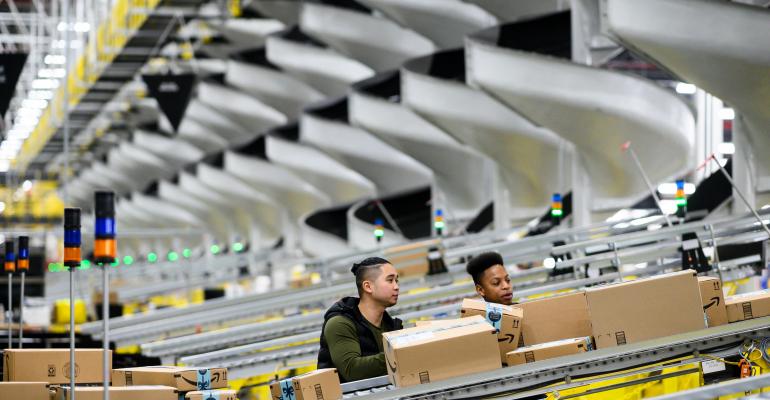 Investors are expanding their search for last-mile industrial product to secondary and tertiary markets from their previous focus on established locations near large population centers. “This is creating a ton of opportunities for investors,” says Joseph Yiu, managing partner at ElmTree Funds, which funds industrial projects, noting that last mile industrial sales are growing by 15 percent annually.

Due to extremely tight vacancies, last-mile facilities in all urban markets with a sizable population are generating much higher rents than traditional distribution centers in more suburban areas, according to James Breeze, global head of industrial and logistics research with real estate services firm CBRE. Breeze notes that the rental rates fluctuate depending on the market and quality of the facility.

Rapid e-commerce growth is expected to drive demand for last-mile facilities that will outpace supply. With lack of available land for development, retailers are considering all sorts of creative solutions for distribution space, including repurposing vacant big-box stores, Breeze says.

“There also has been a pickup in redevelopment of older facilities, especially in infill locations near large population centers, like Northern New Jersey, Chicago and Los Angeles County, but this is not producing enough space to quench the demand of occupiers,” he adds. “Instead, occupiers are utilizing an omni-channel approach to the final mile based on the market, occupying older facilities, utilizing 3PLs that already have a footprint in the market, or if they have a bricks-and-mortar presence, [they] are using those locations as distribution pickup centers.”

Last-mile distribution space has become so valuable that office buildings are being repurposed as distribution space, when the opposite was true in the past, according to Yiu. “But for many retailers the solution is right in front of them,” he adds, noting that older malls that are unsuccessful are often ideally located for distribution use, as they tend to be along Interstate highways.

However, repurposing retail centers as distribution hubs may require rezoning, and even if successful, securing entitlements and permits may be difficult, especially if the center is in a residential area, as neighborhood groups may oppose the new use due to potential traffic ramifications, Yiu notes.

This may be an easier proposition for investors in smaller cities that are looking for ways to increase their tax revenue. Some of these cities even provide redevelopment incentives, such as tax abatements and TIFF financing.