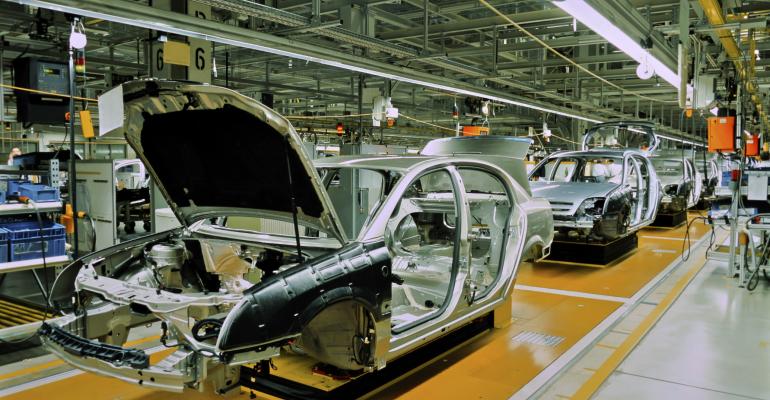 Manufacturing has returned to prominence in the U.S., and with it came increased demand for all sorts of industrial facilities.

Commercial real estate services firm Transwestern recently released a study that claims crane-served industrial buildings are at 10 percent vacancy or less as the economy has picked up and the automotive industry is seeing record vehicle sales. These buildings feature massive overhead bridge cranes to maneuver heavy materials or large, unwieldy products. In most of the country, the buildings are used by the steel industry, serving automotive manufacturers and suppliers.

Empty crane-served buildings are becoming scarce as manufacturing activity surges, especially in states that serve as homes to the auto industry, including Michigan, Missouri, South Carolina, Georgia, Tennessee, Alabama, Mississippi and Kentucky, according to Steve Kozarits, senior vice president with Transwestern. Car makers sold a record 17.39 million vehicles across the country in 2015, surpassing the last high-water mark set in 2000, and this year is expected to see even higher sales.

“The industry is just selling boatloads of cars, and all the suppliers are busy expanding, gobbling up a lot of the existing crane buildings,” he says.

However, it’s a different story in Houston, where crane-served properties are used primarily by suppliers to the oil companies. There’s no doubt that while most major markets are enjoying a resurgence of activity across all property sectors, Houston, the nation’s oil capital, is the exception. As price per barrel of oil hovers at around $40, multiple industries in Houston have reported losses, leading to an impact on commercial real estate properties, including increasing vacancy in the city’s office market.

Robert Clay, president of Houston-based Clay Development & Construction Inc., says his firm was building millions of square feet of crane-served buildings per year during the recession, when oil prices were at more than $100 per barrel. The demand for the property type has since slowed down, he notes.

“We’re close to 100 percent occupied in our portfolio, but we’re starting to see vacancies, something we haven’t really seen before in crane-served,” he says. “We may be seeing a minor glut of the product.”

Investors tend to shun these buildings because of their highly specialized nature, both Clay and Kozarits say. Most are strictly build-to-suit, and would be difficult to sell for light manufacturing uses, though Clay says there’s enough demand by firms that make pipelines and associated parts, such as large valves, to ensure that the buildings transact fairly easily in Houston. New development of the buildings might pick up due to high demand nationwide, according to Kozarits, though they are typically expensive, at about $100 to $120 per sq. ft.—almost double the cost of a traditional industrial facility.

“Add in the cost of the cranes themselves, and the need for heavier support for the floors, there are just all sorts of requirements that add to the cost,” Kozarits says. “However, there’s just not much supply of these buildings left, there’s not a lot of options right now. The lack of inventory is likely to force significant new construction in the near future.”