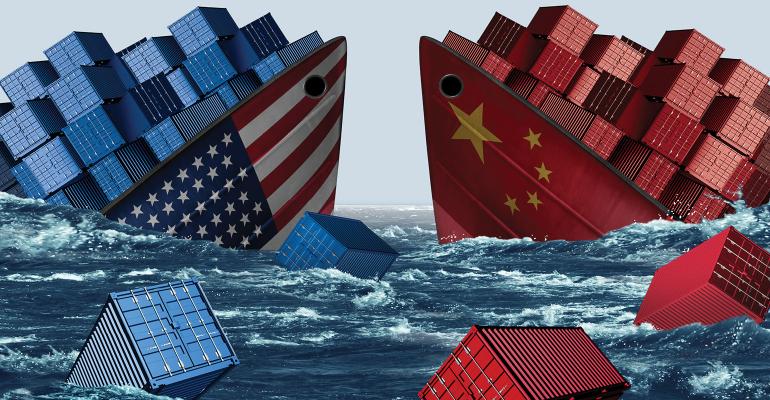 Some Manufacturers Are Reshoring from China to the United States. Where Are They Locating?

Availability of skilled labor and local tax incentives are some of the deciding factors for manufacturers’ site selection.

The trade war with China may aid the return of manufacturing off-shored to China over the last two decades. But the reshoring decision is often not just about tariffs, as manufacturers have returned nearly one million manufacturing jobs to U.S. cities since 2010, according to the U.S. Bureau of Labor Statistics.

But tariffs are just one factor in the reshoring movement. Among other reasons are: a significant rise in Chinese factory wages, the marketing advantage of Made in USA branding, quicker cycle times to get products to market, automation, better quality control, a decrease in U.S. corporate taxes, import regulations, and risk of intellectual property theft.

When blending all costs and advantages into the decision-making equation, some companies find that they can save money by reshoring their manufacturing operations, Anderson says.

“Typically, we see an appetite for reshoring if there is an eight to 12 percent difference in overall costs (compared to manufacturing products in China),” he adds, noting that total costs include capital investment; the cost of labor, transportation, depreciation and operations; inventory carrying costs; distribution; and merchandise returns.

Manufacturing domestically also allows companies to move products to market quicker, which may reduce losses from product obsolescence due to seasonal merchandise or replacement by a newer model, Anderson notes.

While manufacturing is returning to U.S. markets, less labor is required due to automation, according to James Breeze, national director of industrial research at real estate services firm Colliers International. Automated manufacturing plants primarily employ highly educated, well-paid workers with tech skills, such as engineers and software developers, to maintain software and equipment.

One of the most important decisions companies make when reshoring is site selection. Breeze says that a number of factors play into that decisions, including: labor costs, local and state tax incentives, a pro-business environment, skilled or trainable labor force, proximity to ports and existing infrastructure.

The ramp up in manufacturing activity is creating competition for warehouse space. As a result, small markets with strong growth in manufacturing are performing like core industrial markets, according to Jack Fraker, vice chairman and managing director of the global industrial and logistics group with real estate services firm CBRE. Low industrial vacancy is driving up rents and spurring new warehouse development around plants and ports.

Despite the higher cost for unionized labor, Rust Belt states, including Ohio, Indiana, the lower peninsula of Michigan, Illinois, eastern Iowa, and southeastern Wisconsin, are seeing significant reshoring activity, particularly by U.S. auto and steel manufacturers, due to the existing skilled labor force, Breeze notes. “Right-to-work” states in the Southeast and Texas, however, are seeing the most reshoring activity, he adds, since these regions offer a lower, non-union wage, more business-friendly environment and lower taxes than northern states, as well as an available, well-educated labor force.

The Greenville-Spartanburg area in Sothern Carolina is an especially hot manufacturing area, with BMW and Toyota locating plants that employ more than 10,000 workers, as well as a variety of other manufacturing facilities. These include two textile mills that employ 3,650 workers; a Michelin North America Inc. plant that employs more than 4,000 workers; Toray Industries Inc., a Tokyo-based supplier of Boeing 747 parts, which invested $1 billion in a plant that employs 500; and Adidas America Inc., which employs 2,600 area workers.

Alabama has also experienced considerable investment by foreign auto manufacturers, including Toyota, Mazda, Mercedes, Hyundai, and Honda, by offering attractive incentives for locating plants there, according to a report from Global Trade magazine. Toyota and Mazda, for example, received $350 million in incentives to locate plants in the state, including job and investment credits, capital costs reimbursements, sales and property tax abatements, and a training center for employees built at the state’s expense.

Tennessee has a significant manufacturing base with Nissan, General Motors, Volkswagen, Bridgestone, Hankook, Denso Manufacturing, Beretta USA, and Whirlpool plants, partly as a result of having no state income tax.

Orlando, Fla. is becoming a hub for advanced manufacturing, with companies like Lockheed, Siemens, and Mitsubishi locating plants there. Florida has one of the lowest corporate tax rates in the nation, with a 5.5 percent flat corporate income tax.

Texas offers reshoring manufacturers a a highly educated workforce, with a college and university population of 1.5 million students. It also provides one of the most competitive incentive programs in the nation. The Texas Enterprise Fund (TEF) awards cash grants to close deals that bring significant job creation and capital investment to the state. Since 2004, TEF has invested $600 million in industries that created more than 80,000 jobs. The state also reduced the franchise tax by 25 percent in 2015; has no state income tax; and offers businesses sales tax exemptions on equipment and machinery, research and development-related exemptions, and property tax abatements.

One challenge for manufacturers returning to the U.S. is that manufacturing processes today require new facilities built from the ground up, according to Breeze. But the construction costs stateside are high compared to China.

As a result, institutional investors are increasingly focusing on the development of flexible, scalable industrial facilities that can serve as manufacturing plants or easily be converted to warehouse space in the future, according to Pauline Hale, a senior manager of advisory services at Irvine, Calif.-based Altus Group.

When building manufacturing facilities, a top consideration for investors is “what’s the next use for this space,” she says. As a result, they are future-proofing projects by building modern warehouse features into manufacturing facilities. These include 28- to 34-foot clear height, even though a manufacturer facility may only need 20-foot height, and multiple dock doors, even if they’re not needed by the manufacturer. “It’s less expensive to create dock doors on the front end than the back end,” Hale notes.