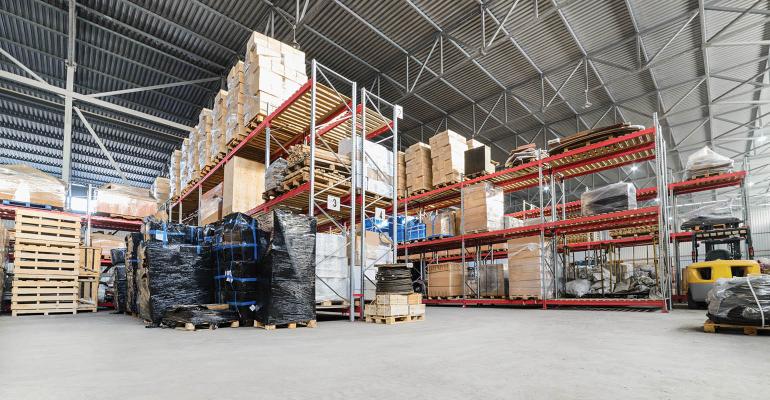 Slowing economic growth, trade wars and a pipeline that is delivering new supply to the market may force investors to adjust return expectations for industrial properties, but it doesn’t appear to be putting much of a dent in buyer demand.

Industrial has edged out multifamily as the favored asset class and there continues to be abundant capital targeting the sector as investors expand allocations. In fact, industrial property transaction volume jumped 32.6 percent last year to a cyclical high of $97.7 billion, according to research firm Real Capital Analytics (RCA). Yet a new industrial real estate forecast from Deloitte suggests that investors may need to brace for slower growth ahead.

Deloitte is predicting that the annual demand growth rate, although still positive, will likely decline over the next three years to a little below 0.9 percent—nearly one-half of 2018 levels. Specifically, Deloitte expects the vacancy rate to rise from 7.0 percent in 2018 to 10.3 percent by 2023. Some of the factors that will weigh on occupancies and demand for space include the rising cost of capital, new supply and new space alternatives, such as aggregators that offer on-demand warehouse space for seasonal needs.

“It’s not that our model is saying there is real trouble here,” says John D’Angelo, managing director and real estate leader at Deloitte Consulting. It’s just been such a hot sector for so long that finally supply is catching up to demand and there might be some signs that demand is tempering. “Like what we have seen happen with multifamily earlier, returns were so great that at some point they had to level off a bit, and that’s what we’re calling for in the near- to mid-term for industrial,” he says.

Despite the lift from e-commerce, industry research generally agrees on a forecast that shows decelerating demand for space ahead. Trade policy could create some additional short-term disruptions in demand.

“The one sector that is definitely in the crosshairs of all this trade and tariff wars is industrial. What it has done is put a lot of fear in participants, whether it be lessors, developers, lenders or investors,” says Barbara Byrne Denham, a senior economist at Moody’s Analytics Reis.

It is still a bit early to tell what the full impact might be on industrial demand from U.S. trade policy that includes stalled trade agreements with China; new proposed tariffs on Mexico; and a looming ratification for NAFTA 2.0 between the U.S., Mexico and Canada that now sits in a more precarious position. In the short-term, there is a lot of hesitation in the sector based on fear and uncertainty, and early trade statistics do appear weaker, says Denham.

The current forecast from Reis on warehouse/distribution space shows the overall vacancy rate of 9.4 percent that improves further to 9.0 percent by the end of the year and drops slightly more to 8.8 percent next year. Generally, Reis expects demand growth to exceed supply growth in most markets.

There are several markets that do show supply growth exceeding demand growth, resulting in higher vacancy rates ahead. However, the imbalance is small and the markets where that is occurring are generally smaller metros, with examples that include Dayton, Ohio, Harrisburg, Pa., Louisville, Ken., El Paso, Texas and Charleston, S.C., says Denham. Due to the shorter construction period for industrial, projects already underway should be completed within 12 months. For those planned projects that do not have a construction loan already locked in, it may be more difficult to obtain one until the uncertainty from the trade war talks ends, she says.

Cushman & Wakefield is projecting that vacancies will creep higher nationally, while still remaining well below historical averages. Rent growth may moderate slightly, but demand will continue to support positive rent growth, according to David Bitner, senior research director, capital markets, at Cushman & Wakefield. Bitner also acknowledges that there are factors, such as an economic downturn, that could weigh on that forecast. “But we really have a hard time envisioning an environment where industrial rents have any meaningful correction downwards,” he says.

Leasing fundamentals have been improving for some class-B and older assets, but it is not the occupier’s first preference. Occupiers want the efficiencies that come with modern space, such as higher clear ceiling heights and more open pillar spacing. “The implication from that is, if there is an air pocket, it is in this older space,” says Bitner.

Buyers keep foot on the gas

There is still a deep bidder pool for industrial assets, and buyers are not pulling back from industrial. Year-to-date through April sales reached $23.0 billion. Although that is below the blistering pace of 2018, it is still ahead of 2016 and 2017 levels, and just slightly behind the pace of 2015, according to RCA.

What investors really like about industrial is the e-commerce growth, which continues to be very robust. “We still think we are at the beginning, maybe the third inning, of e-commerce growth in America,” says Bitner. There is huge growth potential ahead in other sectors, such as grocery, pharmaceuticals and furniture, which is underpinning demand for space, he notes.

For example, Blackstone recently bought a portfolio of U.S. industrial properties from Singapore-based GLP for a record high $18.7 billion. According to Reuters, the portfolio is the largest private real estate transaction in history. The acquisition encompasses 179 million sq. ft. of space and makes Blackstone the second largest landlord of logistics properties behind Prologis.

“If anything, that shows that sentiment among the smartest money in the world is still very aggressively chasing industrial,” says Bitner. Anecdotally, investors are frustrated that they are not able to get out as much capital into industrial as they would like, he adds. “I think you are going to continue to see investors who are trying to rapidly build scale and be very opportunistic on any platform plays.”

Investors like the long-term secular changes that bode well for industrial. At the same time, they recognize that the industrial market is evolving with occupiers that want more modern, well-located space. Deloitte cautions investors and owners to be more selective in acquisitions, focusing on location, innovation and eﬃciency by capitalizing on high-growth areas, developing smarter facilities and improving the eﬃciency of existing properties.