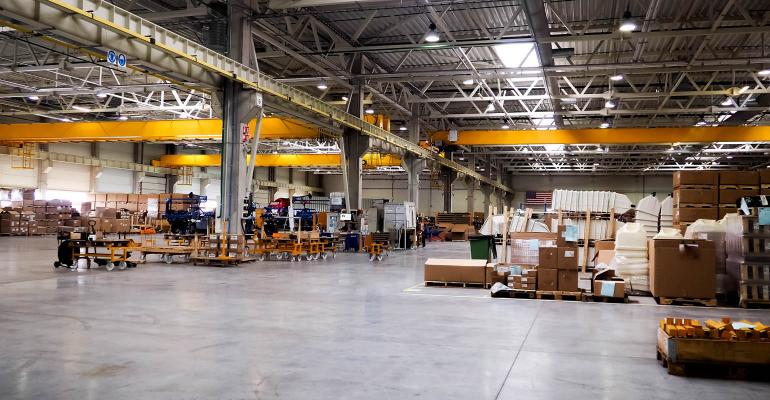 One of the largest industrial property owners in the country has started offering its tenants a new lease structure.

Prologis made a big splash in the industrial market nearly two years ago when it debuted a new lease structure. The Clear Lease represents a significant shift away from traditional lease forms in that it offers tenants a simplified document and fixed costs related to operating expenses, capital expenses and HVAC equipment costs over the term of the lease.

As one of the largest landlords in the industrial market with a portfolio that spans some 786 million sq. ft. globally, when Prologis makes a move, people in the industry notice. “It did create some initial buzz when it was announced,” says David Eseke, a senior director at real estate services firm Cushman & Wakefield in Dallas. Now that Prologis has rolled it out and a lot of tenants and brokers have experienced it, the newness factor has worn off. The bigger question is whether the Clear Lease is going to be a differentiator for tenants when making location decisions, and whether or not it might push other landlords to make similar changes, Eseke adds.

Since Prologis first introduced the Clear Lease in the U.S. in the fall of 2017, it now accounts for about 25 percent of the firm’s portfolio in North America, with major corporate users that include Home Depot, Panalpina, DHL and XPO Logistics. Currently, about 75 to 80 percent of the leases Prologis is doing in North America are done with the Clear Lease structure. In some cases, the exceptions are those tenants who are renewing and choosing to keep the existing legacy lease already in place.

Now the company is moving on to phase two of the Clear Lease rollout as the standard lease being used across its entire global platform.

What is a Clear Lease?

One of the first things tenants notice is that the Clear Lease is shorter than most standard industrial leases at about 11 pages, and it is written in a way that is more straightforward and easier to digest vs. the typical legalese found in most leases. Much like its name suggests, the structure aims to create more transparency for tenants. “We sit down with our customers at the beginning of the lease and fix our operating expenses, and we have very open conversations with them about what their expenses will be relative to the capital in the buildings,” says Steve Kimball, managing director, East region operations at Prologis.

For tenants, the biggest selling point of the Clear Lease is that it eliminates a spike in costs or a surprise bill after a year-end accounting reconciliation. In a typical triple net lease, landlords charge a base rent, operating costs and taxes that pass through directly to tenants. Even with the best budgeting tactics, operating costs can spike due to unforeseen events, such as a record snowfall. The Clear Lease fixes those operating expenses with one set number.

The Clear Lease does not fix expenses in a triple net lease that a tenant pays directly, such as utility costs or any damage the tenant causes to a property beyond the usual wear and tear. Property taxes will also continue to be billed back to customers and reconciled once a year.

One of the factors that allows Prologis to take on the risk of fixed expenses is its size and portfolio diversity. “Our scale has given us a very good sense of what the operating expenses of a property will be. We feel comfortable taking on the risk that, for example, it may snow heavily in Chicago one year while it may not in New Jersey,” says Kimball. Establishing fixed expenses may be more challenging for a local or regional owner that could be negatively impacted by one event, such as a big snowfall or flooding.

Certainly, there are some other large industrial owners, such as Blackstone, First Industrial or Liberty Property Trust that have significant scale that could offer something similar. There have been some landlords in Dallas and some other markets that have tried to mimic the expense cap specific to HVAC costs so the tenant doesn’t have to worry about the cost of repairing or replacing units, notes Eseke.

“However, I have not seen anyone come out and say they are going to guarantee the operating expenses yet quite like Prologis has,” he adds.

A potential downside to the Clear Lease is that it may create some challenges for the sale of assets. A potential new buyer may not have the same scale to be able to support the Clear Lease structure, and they could end up discounting the value of the building because of it, notes Eseke. “You also have to think about your exit strategy, and from an ownership and investor perspective, not everybody is going to like what Prologis is doing,” he says.

Feedback from tenants may also vary. “I think smaller groups prefer the traditional triple net structure, while I think the larger corporate clients like the Clear Lease for the ease that it offers,” says Eseke. For example, a large corporate user with 100 locations doesn’t want to deal with year-end expense reconciliations and would rather have a fixed cost. “If their goal is to increase the customer experience, I think this is the doorway that leads to more of that, because people will pay for convenience,” he says.

Prologis is hoping that the Clear Lease will help build loyalty among its customer base and drive value for the company over the long term. “In the short term, what it is already doing is bringing a lot of attention to the capital expenses associated with leasing an industrial building,” Eseke says. That new structure could drive broader change in the industry, or at least be a catalyst for more conversations about expenses and increased transparency related to how operating and capital costs are handled within leases, he adds.