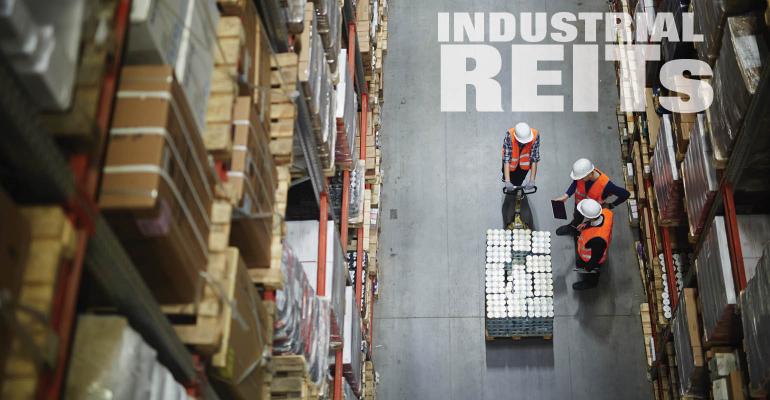 Is There Room in the Industrial REIT Sector for a New Player?

The relatively small family of publicly-traded industrial REITs is about to gain a new member, as publicly-held Griffin Industrial Realty Inc. plans to convert to a REIT structure.

New York City-based Griffin Industrial Realty said in a March 4 news release that its board had approved the REIT conversion as a way to “maximize stockholder value and generate growth opportunities.” If the move goes as planned, the company’s REIT status will take effect for the 2021 tax year.

In the news release, Michael Gamzon, Griffin’s president and CEO, said the REIT conversion could improve the company’s access to capital, lower its overall cost of capital and expand its investor base.

“While there are a number of hurdles yet to be cleared, we have done the work necessary to feel comfortable that we can operate as a REIT and look forward to placing our real estate assets under a structure established for that purpose,” Gamzon said.

Griffin is poised to enter a REIT sector that sizzled last year. In 2019, the industrial REIT sector outperformed every other property type, racking up a total return of 48.7 percent, according to the Nareit trade group. But in the midst of the recent broad free-fall in the stock market, share prices for industrial REITs have tumbled.

In fiscal 2019, Griffin posted revenue of slightly more than $44 million, up from $33.8 million the previous year. During that period, rental revenue rose from nearly $32.8 million to more than $34.2 million.

One of Griffin’s markets, Pennsylvania, was among the top U.S. markets for new industrial deliveries and leasing in the fourth quarter of 2019, according to a report from commercial real estate services company JLL.

To help with the REIT transition, Griffin has enlisted some heavyweight help.

On March 3, Gordon DuGan replaced Frederick Danziger as chairman of Griffin. Danziger remains on the company’s board. Aside from ascending to the chairmanship of Griffin, DuGan has been tapped as a paid adviser on matters such as growth strategy, acquisitions and capital-raising efforts. DuGan is former CEO of industrial REIT Gramercy Park Trust, former CEO of net lease REIT W.P. Carey & Co. and chairman of cannabis REIT GreenAcreage Real Estate Corp.

“I don’t think we’re overpopulated with industrial REITs at this point, but you may be able to argue that for other sectors,” Frankel says.

In a March 9 update, Green Street pointed out that industrial rent growth appears likely to slow down—due to disrupted supply chains and reduced consumer spending, both triggered by the coronavirus chaos—but that it’s still on track to surpass all other commercial real estate sectors. Meanwhile, NOI growth for industrial properties should remain robust, the update says.

Frankel does envision a softening of fundamentals for industrial REITs, given that the sector isn’t “as immune from a downturn as folks thought.”

Patrick Healey, founder and president of Caliber Financial Partners LLC, a financial advisory firm in Jersey City, N.J., says he’s “very bullish” about industrial properties, largely thanks to the rise of e-commerce. As a prime example of the sector’s attractiveness, Healey notes that major institutional investor Blackstone Group Inc.—which he describes as typically having “the smartest guys in the room”—spent more than $25 billion last year to scoop up industrial portfolios.

Although coronavirus threatens the industrial sector in the near term, Healey believes the sector is several years away from facing sustained risks.

“At some point, there will be a lot of real estate development for industrial that could saturate some of the market over time, although we aren’t seeing any of that in the short run,” he says.