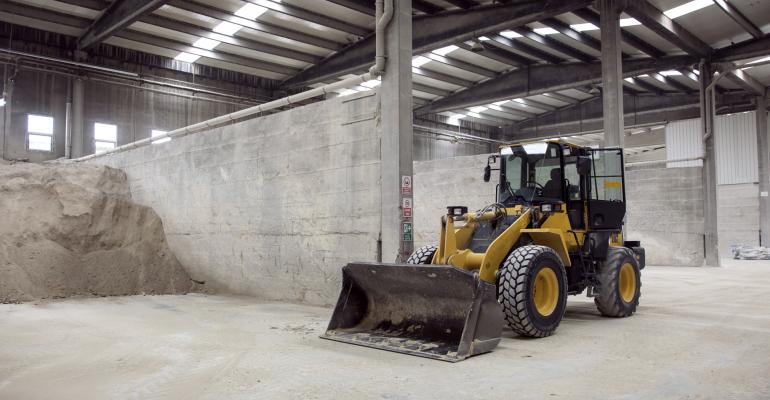 Why Multi-Story Industrial Assets Might Be in the Future for Dense U.S. Cities

Dense urban markets where land zoned for industrial is in short supply and property values are at a premium are candidates for vertical warehouse construction, industrial brokers say.

Multi-story warehouses are already common in Asia, but the concept is now taking off in supply-constrained American cities. Four multilevel projects are currently under construction or will soon break ground in Seattle, San Francisco and New York City, and many more planned projects will be announced in the coming months, according to Rob Kossar, vice chairman and head of the Northeast industrial region at real estate services firm JLL.

“This is a deep trend, and it’s not going away,” says Kossar, whose team is charged with leasing and managing the two New York projects, both of which will break ground by the end of 2018/first quarter of 2019. Kossar is already meeting with users interested in reserving the space. One of the properties is a two-story, 700,000-sq.-ft. project by a joint venture of Innovo Property Group and Square Mile Capital located on a 20-acre site that is replacing a cinema complex at 2505 Bruckner Blvd. in the Bronx, just off I-95.

A partnership of Goldman Sachs Group and local developer Dov Hertz is building another project, a three-story, 370,000-sq.-ft. warehouse at 640 Columbia St. in Brooklyn. Both projects, which will provide “last mile” or “last touch” space for e-commerce deliveries, have truck ramps to the second floor, and the Brooklyn project’s third story will be accessed via elevators that can accommodate a forklift.

Kossar notes that vertical warehouses make perfect sense in New York, which is unusual due to the shear size of its boroughs—Brooklyn and Queens have more than 2.6 million and 2.3 million consumers respectively—and a citywide population of more than 8.5 million.

“Initially there was the misconception that only the major e-commerce companies would occupy last mile space, but all retailers in the city will need to offer same-day delivery if they plan on competing with the e-commerce giants,” Kossar adds.

He notes that other dense urban markets where land zoned for industrial is in short supply and property values are at a premium are candidates for vertical warehouse construction, including Manhattan, Chicago, the District of Columbia, San Francisco, Seattle, Miami and possibly Northern New Jersey.

Meanwhile, Prologis has also been working on two multilevel projects on the West Coast. Both projects are strategically located in the urban core and will provide last mile/last touch distribution space for e-commerce users, according to Prologis Western Region President Kim Snyder. Snyder points out that with rising land values and a very limited amount of land available, the whole idea in going vertical is to increase industrial space density on urban infill sites.

The Seattle project is replacing a 50-year-old warehouse with modern facilities, while doubling the amount of space on the site. Scheduled for completion in October 2018, the 589,615 sq.-ft. property is rising in South Seattle’s Georgetown Crossroads district.

The first multilevel warehouse to get under construction in the U.S., this project is designed with ramp accessible logistics space on the two lower levels, which total 400,000 sq. ft., and provide 28’ and 24’ clear height on floors one and two, respectively. The third level, with 180,000 sq. ft. of space, is accessible via a freight elevator with two dedicated docks and offers traditional 16’ clear height.

The top level is unlikely to be used for goods distribution, according to Snyder, who suggests that it is suitable as a “makers” space or could accommodate anything from a build-to-suit office to a bakery operation.

Prologis has built six- to 12-story industrial buildings in Asia, but the design utilizes spiral ramps that reach all levels. This configuration is only possible because trucks in Asian nations, including  Japan, Singapore and China, are only 25’ long, compared to 40’ long in the U.S., says Snyder, noting that U.S. truck length is a function of trucking regulations, which are driven by shipping container size and warehouse height.

U.S. multilevel warehouses are designed with ramp access only on the first two levels, so will accommodate different types of users or products on the lower and upper levels. According to Snyder, however, with a good enough elevator system, “The sky is the limit.”

Prologis is in the entitlement process on a four-story warehouse in San Francisco’s urban core. That property will have two stories accessible by ramps and two stories accessible by elevators.  While the Seattle project took a little over a year to secure approvals, Snyder expects it to take about two years for the Bay Area project to break ground. The project site is in an old industrial district, so the land use will remain the same, but infrastructure is limited and will require upgrades to accommodate greater density.

As a result, urban projects generally take longer to secure approvals for than suburban projects. Since multifamily warehouses are a new product type in the U.S., banks, landlords and tenants are unfamiliar with it. He notes that this could result in additional time for approvals, especially under California’s rigorous environmental and entitlement review system, where community stakeholders have a say in the process. “You have to address community concerns, find a middle ground where everyone is happy at the end of the day,” Snyder says.

He is confident, however, that the project will be approved because it would create a significant number of jobs, noting that “job creation generally trumps any negative impact on the community.

“We’re looking at the feasibility of doing multistory for every property we develop,” Snyder says. “It is an active effort on our part, driven by low vacancy.”

That being said, he notes that the feasibility of a multistory warehouse project will be governed by location specifics, height limitations and community acceptance. Project height is usually not a problem in places like downtown Los Angeles or South Los Angeles, near the ports, but it is an issue near airports, and “communities also have to be comfortable with the look,” Snyder says.

John DeGrinis, a senior executive vice president with real estate services firm Colliers International in its Los Angeles office, where industrial vacancy is averaging 1.0 percent or less in some submarkets, notes that multistory warehouses are the only alternative for increasing last mile distribution space in highly populated urban areas as e-commerce sales increase. “The idea is to transfer goods the shortest distance possible,” adds Snyder, noting that hauling packages from a distance on the urban perimeter creates a lot of truck traffic.

Snyder notes that industrial rents increase the closer a facility is to the city’s central business district (CBD). In Seattle, for example, warehouse space 45 miles from the urban core rents for between $0.50 and $0.75 per sq. ft., but the rate rises to about $1 per sq. ft. near Seattle’s CBD. But the physical cost of transporting goods from faraway facilities still significantly exceeds the cost of extra rent, Snyder says. “So, in the long run, savings in transportation costs justify the higher rents.”

Kossar agrees, noting that users are willing to pay higher rents for last mile space because rent represents only about 5 to 10 percent of the cost of operating a fulfillment or distribution center, while proximity to consumers saves much more in transportation costs, especially for outbound deliveries, and makes same-day delivery service possible.

JLL executives do not quote asking rents for industrial space that has not been completed. However, the difference between class-A rents and class-B and -C space in infill markets has traditionally been around 40 to 45 percent, according to Kossar.

Last mile industrial facilities have become the darling of institutional investors, who like the low vacancy levels and high rental rates these facilities command. “Investors look to Prologis as the leader in identifying new industrial product types—how it goes and is perceived by tenant communities,” Snyder says. “And a lot of investors are watching our project in Georgetown and what type of rents it will bring.