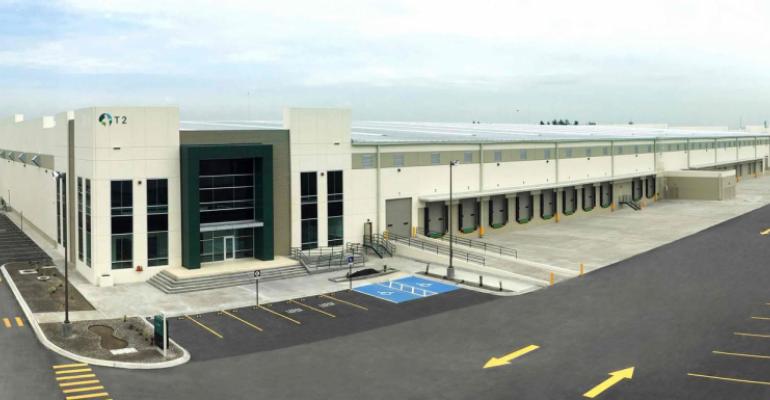 Even with several large-scale acquisitions behind it, the REIT plans to keep looking for more industrial portfolio acquisitions.

While such sizeable transactions might seem difficult to digest in a relatively short period of time, Prologis vows it’ll vie for even more M&A deals. However, the firm might have a steeper M&A hill to climb going forward, as the availability of high-quality portfolios in the red-hot industrial sector is “dwindling,” Hamid Moghadam, chairman and CEO of San Francisco-based Prologis, told Wall Street analysts on July 16.

Nonetheless, the dearth of high-quality industrial assets is unlikely to deter Prologis.

In its July 16 research note about Prologis, St. Louis-based financial services provider Stifel Nicolaus & Co. said that although it’s unaware of other M&A activity percolating at Prologis, it presumes the REIT “has had and will have conversations with any and all owners of a large portfolio of quality industrial assets.”

Dave Rodgers, senior research analyst at Milwaukee-based financial services provider Robert W. Baird Co., says Prologis will likely continue to aggressively chase M&A candidates. He’s unsure what the company’s next targets might be, but he speculates that two publicly-traded industrial REITS—San Francisco-based Terrino Realty Corp. and Los Angeles-based Rexford Industrial Realty Inc.—could be attractive to Prologis, thanks to their heavy concentration of assets in U.S. coastal markets. Those REITs would align with Prologis’ “strong appetite” for capitalizing on cost savings and other operating efficiencies, according to Rodgers.

This year’s generally strong performance of publicly-traded REITs, particularly Prologis and other industrial landlords, has given those with hefty NAV premiums the “green light” to explore M&A deals that wouldn’t have penciled out last year, according to Alex Pettee, president and director of research and ETFs at Rowayton, Conn.-based investment adviser Hoya Capital Real Estate LLC. Through June 30, according to trade group Nareit, total returns for publicly-traded industrial REITs stood at 32.2 percent—the highest percentage in 2019 for any REIT category.

In June, Prologis lost out to investment giant Blackstone Group LP in the bidding to buy the U.S. assets of Singapore-based warehouse owner GLP Pte Ltd. New York City-based Blackstone agreed to pay $18.7 billion for GLP’s 179 million-sq.-ft. U.S. industrial portfolio. Now, Prologis reportedly is among the potential suitors for some of the GLP properties that Blackstone is seeking to unload.

“It’s clear that the pool of capital looking to invest in large industrial portfolios is vast. Both the Industrial Property Trust and GLP transactions point to industrial property prices moving higher,” says Eric Frankel, an analyst at Green Street Advisors.

Prologis’ acquisition of Denver-based Industrial Property Trust will add about 37.5 million sq. ft. to the firm’s existing portfolio. As of June 2019, Prologis’ industrial portfolio comprised 786 million sq. ft. around the world, with nearly 60 percent of those assets located in the United States.

Prologis plans to sell about 20 percent, or $800 million worth, of the Industrial Property Trust assets, including properties in Salt Lake City and Memphis, Tenn., according to Moghadam. The firm doesn’t own assets in either of those markets. In addition, Prologis intends to prune acquired assets that don’t mesh with existing markets, Moghadam says.

After the acquisition wraps up, Prologis will hold the Industrial Property Trust properties in one or both of its U.S. co-investment ventures, the company says. Tom Olinger, the company’s CFO, told Wall Street analysts that the REIT’s piece of the Industrial Property Trust investment pie will range between $1.0 billion and $1.4 billion, and will be financed with cash and debt.

As for Black Creek Group, it wants to remain active in industrial real estate. The firm aims to build on Industrial Property Trust’s minority stakes in two joint ventures that were excluded from the Prologis deal.

“The industrial sector continues to be one of the strongest in commercial real estate, with record low vacancies and demand outpacing supply,” Raj Dhanda, CEO of Black Creek Group, said in a news release. “Given the strength of the sector, not only do we plan to continue to develop and acquire assets for other portfolios, but create products that make sense for investor needs and the market cycle.”