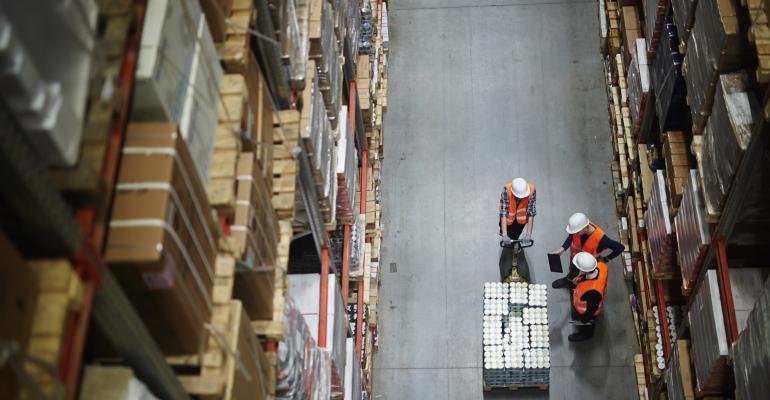 Will the U.S. Industrial Sector Feel Any Impact from Phase I of the Trade Deal?

The first part of the trade deal with China is expected to be signed in a week, resolving some uncertainty around trade issues.

The Trump Administration is expected to sign a trade deal with China on January 15, a development that is expected to help farmers, electronics producers and financial services firms. However, 25 percent tariffs will remain on $370 billion in goods, including parts used in manufacturing and construction materials.

Although the administration has repeatedly claimed the tariffs are being paid by China, a New York Federal Reserve study confirmed what many tariff-opponents have argued from the start--that the tariffs are simply being passed through by importers and costing Americans an estimated $40 billion annually.

The new trade deal will eliminate a proposed 5 percent tariff hike on $250 billion in Chinese-made cell phones, laptops and toys; will scale back tariffs from 15 percent to 7.5 percent  on $120 billion in other Chinese consumer goods; and will feature China’s agreement to buy an additional $200 billion in U.S. goods over the next two years.

While industry experts expect new industrial supply to exceed demand in 2020 for the first time in a decade, warehouse space around ports and on the U.S. border with Mexico will remain tight, regardless of the amount of new product slated for delivery, Kemmsies notes. That’s because U.S. imports from China spiked in the first two quarters of 2019 in anticipation of coming tariffs, so warehouses near ports are already at full capacity.

However, “there are still going to be abnormally high levels of uncertainty around the supply chains of retailers and distributors that are dependent upon Chinese imports,” says Dallas-based Ward Richmond, an executive vice president with real estate services firm Colliers International who specializes in assisting logistics companies, manufacturers, e-commerce companies and retailers in the acquisition and disposition of supply chain real estate. “I think we will see continued delay from these companies on large capital expenditures towards long-term supply chain infrastructure decisions.”

The past 18 months of abruptly announced new tariffs and uncertainty around a trade deal have already caused pain for the sector, Richmond notes. "I think we will see this continue in 2020, while we wait to see how both the presidential election and Phase 2 of the trade deal play out."

Trump has claimed a Phase 2 trade deal that will provide additional benefits for American trade interests, but there are no negotiations scheculed to take place until after the upcoming presidential election in November.

Kemmsies agrees that the trade deal will likely not improve U.S. business confidence or spending and investment in the near term. "There are supply-chain issues," he says, adding that U.S. companies are shifting production from China to other nations with low labor costs.

As a result, China's share of U.S. imports has dropped in the first half of 2019 from 36 percent to 33 percent, with Vietnam, India, Brazil, Mexico and Guatemala picking up the difference. Therefore, West Coast imports have fallen slightly, as cargo volumes at East Coast ports increased by 4 to 5 percent, according to Kemmsies. He notes that is shift is what's fueling infrastructure improvements and expansion at East Coast ports, including the ports of Savannah; New Jersey-New York; Norfolk, Va., Charleston, S.C.; and Baltimore.

However, the repatriation of manufacturing back to the U.S. should continue for products like toys, where the core material used is plastic or other energy-derived materials. Kemmsies notes that the price of plastic dropped drastically due to fracking. As a result, toy manufacturers, including KMEX and recently Hasbro, repatriated production.

According to Richmond, 2020 will likely be a pretty conservative year for industrial real estate, compared to the last several years of explosive activity, with demand for warehouse space possibly tapering down and some slowdown in development pipelines. "We won't see demand go away, but it will likely decline," he says.

He adds that while completing Phase 1 of the trade deal is an achievement, the uncertainty around trade agreements is by no means over and decision makes will wait to see how Phase 2 plays out before making long-term supply-chain decisions.