Move over Richie Rich! These 10 commercial real estate powerhouses have amassed considerable (read: enviable) wealth in their careers. Here we look at their legacies: the companies they run—and in many cases, built. Combined between these 10 businessmen is a whopping $123 billion in net worth, according to Wealth-X, a global provider of information on the wealth community. Age, personal net worth and ranking data provided by Wealth-X.

Life is good down under—Harry Triguboff (83), of Australia, rounds up the top 10 with an approximate net worth of $6.4 billion. The property mogul founded The Meriton Group, which develops high-end residential apartments, in 2014. Since then the firm has constructed 70,000 units within Australia. Meriton’s second Brisbane tower, Infinity (completed in 2014), reaches 262 meters and now stands as that city’s tallest tower. The company also built World Tower, Sydney’s tallest residential building. Last year, Forbes named Triguboff as the third richest person in Australia.

The eldest brother of the Kwok dynasty, Walter (65) inherited the running of SHKP in 1990 when his father died, and worked as a chairman and CEO until leaving 20 years later to launch privately-run Empire Group Holdings. His net worth is approximately $6.9 billion. In what sounds like the plot of high-drama thriller, Walter was kidnapped in 1997 by Hong Kong gangster Cheung Tze-keung, nicknamed “Big Spender,” and held blindfolded in a wooden container, fed fried pork and rice for four days while his wife negotiated a hefty ransom, reportedly totaling hundreds of millions in Hong Kong dollars.

Raymond Kwok, 64, became sole chairman of SHKP after his brother Thomas' arrest several years ago. Raymond was embroiled in the same scandal as his brother and was arrested in 2014, but then cleared of all charges the same year. Raymond has a net worth of approximately $7 billion. For the year ended June 2015, SHKP reported revenue of about $8.5 billion. The Kwoks are the third-richest family in Hong Kong.

Thomas Kwok helmed Hong Kong’s largest commercial property developer, Sun Hung Kai Properties (SHKP), as managing director and co-chairman with his brother Raymond. His father founded the firm in 1972. SHKP has significant land holdings in both Hong Kong and China mainland, described by the firm as “52.2 million sq. ft. (attributable gross floor area) at the end of December 2015, including: 23.4 million sq. ft. under development; 28.8 million sq. ft. of completed investment properties; over 30 million sq. ft. of agricultural land (site area) in the New Territories, primarily along rail lines.” The 64-year-old billionaire is worth approximately $6.7 billion, but how much of it is he enjoying today? In another example of money and power corrupting, Thomas was sentenced to five years’ prison time for graft bribery of government officials in 2014. Forbes tied Thomas and his brother Raymond Kwok at #8 on its list of "Richest Real Estate Barons of 2016."

Another Hong Kong native to make the top 10 list is Joseph Lau, the majority stakeholder of property development firm Chinese Estates Holdings, also based in that city. The company also provides property management, brokerage, money lending and cosmetics distribution services. In 2015, Chinese Estates reported revenue of $193 million. The 65-year-old is known for his extravagant lifestyle choices—last year, for instance, he spent nearly $77 million total for two diamond rings for his seven-year old daughter and reportedly had affairs with several Hong Kong beauty queens. Forbes also ranked him as #6 on its list.

In 1972, Stephen Ross founded New York-based Related Companies, now one of the country’s largest developers of high-end mixed-use properties. The firm’s asset portfolio is valued at $20 billion, according to the company, including 9 million sq. ft. of commercial properties in the United States. Besides being a fixture in U.S. markets such as Palm Beach, Los Angeles, Las Vegas, New York, Boston and Chicago, Related has expanded internationally with Gulf Related and Related China. Gulf Related, the company’s Middle East joint venture, has $1.7 billion in development projects. Related is privately held. The 75-year-old businessman is worth approximately $7.9 billion. Forbes ranked him as #9 on its list.

The founder and chairman of China-based Evergrande Real Estate Group, Hui Ka-Yan (57) is worth approximately $8.9 billion. Specializing in high-end residential buildings, Evergrande Real Estate Group is one of China’s largest home builders and has developed more than 400 properties throughout China since Ka-Yan founded it in 1996. The company reported a $1.6 billion net profit for 2015. It was infused with $16 billion in credit lines from Chinese banks that year.

As chairman of California-based commercial property investment giant Irvine Company since 1983, 83-year-old Donald Bren has built the company portfolio’s to its present day size of 100 million sq. ft. The portfolio includes 500 office buildings, 41 retail centers and 130 apartment communities in Orange County, San Diego and Silicon Valley in California, as well as in Chicago and New York. Bren’s net worth is approximately $17.3 billion. Actively involved in philanthropy, he has reportedly donated $1.3 billion to date, according to Businessweek. Irvine Company is privately held. Forbes ranked Bren as #4 on its list.

With a net worth of $19.9 billion, Hong Kong’s Shau-Kee oversees global property and investment firm Henderson Land Development, which also has footholds in energy and hospitality sectors. In June 2015, Henderson Land Development reported it had 7.3 million sq. ft. of completed investment properties in mainland China, 10 million sq. ft. in Hong Kong and revenue of just over $900 million. Shau-Kee is 88 years old. Forbes also ranked him #2 on its real estate billionaires list.

Jianlin is worth approximately $33.7 billion. The 61-year-old Chinese businessman serves as founder and chairman of Dalian Wanda Group, a global commercial property conglomerate that earned $44 billion in revenue in 2015. The company touts itself as the world’s largest property company that has amassed a portfolio totaling approximately 283 million sq. ft. of space. Last year, Bloomberg ranked him 37 on its “50 Most Influential” list. Forbes also rated him as #1 in its ranking. 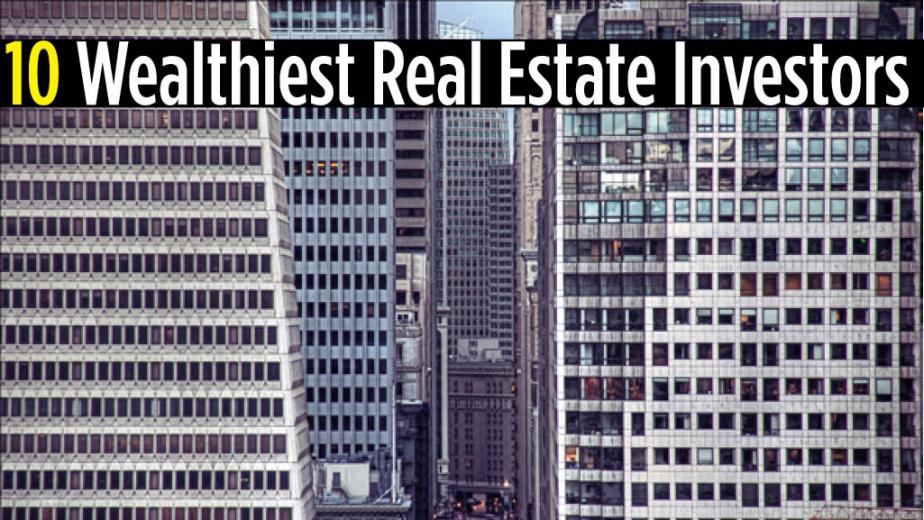