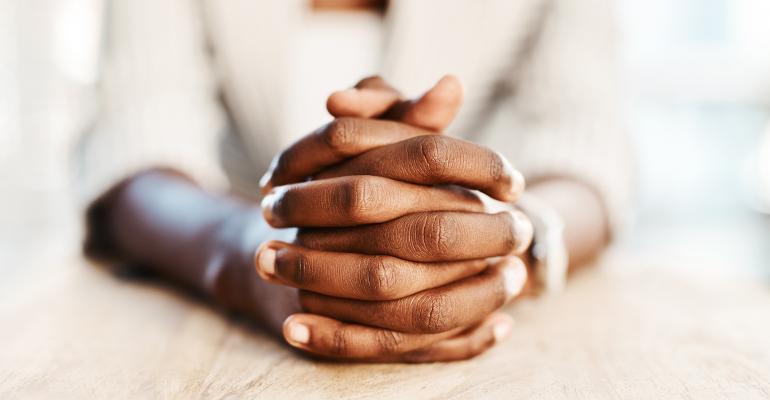 “I hope deeply it’s a movement” and not a moment, Margaret Anadu, a Goldman Sachs Group Inc. partner and head of its Urban Investment Group, said on a Zoom panel hosted by New York University’s Schack Institute of Real Estate. “When the rage subsides just a little bit and you’re in the phase of trying to be constructive, you look around and you’re like, ‘My firm’s not diverse, my bosses are not diverse.’”

Executives across industries have spent the past month addressing racial discrimination in corporate America and throughout society following public outcry spurred by the killings of African Americans including George Floyd, Breonna Taylor and Rayshard Brooks by police officers, which have led to nationwide protests and growing awareness of systemic racism in America.

Anadu said she still walks into meetings where attendees “are waiting for the person who runs the business, or the person who makes the decisions, or the person who writes the check.” She provided examples of racism ranging from fielding incredulous questions such as “You’re Margaret?” to more subtle inquiries such as whether she’ll be conferring with any decision-makers following a meeting, forcing her to clarify that she’s chair of her group’s investment committee.

“Sometimes it can really throw you off,” she said. “It is deeply difficult to not have your position not even respected but believed.”

Onay Payne, a managing director at Clarion Partners, said she hopes to see the recent statements executives have been making affirming diversity and inclusion translate into tangible actions.

“I am hopeful that this is a lasting change,” she said. Payne described such micro-aggressions as being on a site tour where an equal wouldn’t look her in the eye. “I spend so much time and energy working through, OK, probably, hopefully it’s not that, but it occupies so much of my energy and consciousness.”

Jim Simmons, chief executive officer of Asland Capital Partners, said that in his early days on Wall Street, he was encouraged to get a master of business administration degree after expressing interest in becoming a trader -- even though others in similar positions may not have even gone to college.

African Americans weren’t initially accepted into the most lucrative corners of finance -- investment banking, private equity, venture capital and hedge funds -- said Simmons, who has worked at firms including Ares Management Corp. It’s a tragedy, he added, that few Black professionals have ascended to the top of firms.

“If we can’t do that, given everything we’ve accomplished, what does that portend for the generations that come after us and what do they have to look forward to?” Simmons said. “I hope this our Stonewall, I hope this is our #MeToo.”

When investment firms take money from pensions, which includes retirement funds for people of color, there should be people in the room with similar backgrounds, he said. Also, institutions should publish their minority retention rates and review the composition of senior leadership, Simmons said.

Goldman’s Anadu encouraged the session’s roughly 1,200 attendees to “use your power and privilege in a way that is natural,” such as hiring Black people, allocating capital to firms led by African-American professionals and investing in Black neighborhoods, many of which have been disproportionately impacted by Covid-19.

Tammy Jones, CEO of Basis Investment Group LLC and a Mack-Cali Realty Corp. board member, said that real estate has a unique ability to create wealth for those who have access to it. Ownership of property accounts for about $170,000 of net wealth for White families on average -- and just $17,000 for African-American households, she said.

“If this is a moment, not a movement, it will take us 250 years to catch up, which is not an option,” Jones said. She said she’s felt discouraged over the course of her career by having few senior people of color as role models, and still doesn’t see a robust pipeline of Black professionals in real estate.