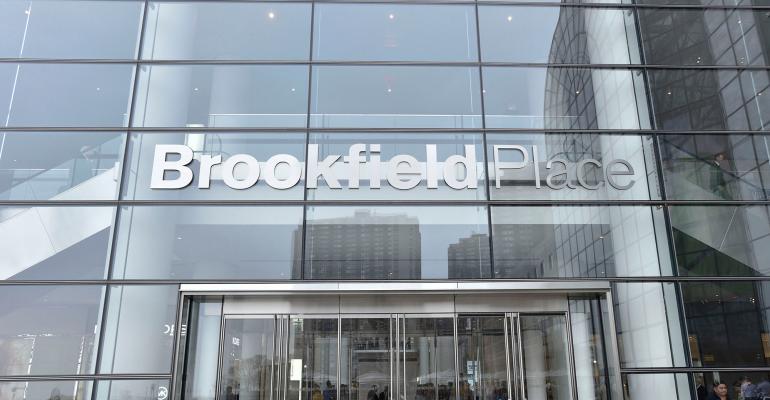 (Bloomberg)—Brookfield Asset Management Inc. is embarking on an aggressive move into the secondary market for private assets, the first step in what Chief Executive Officer Bruce Flatt says could become a $50 billion business.

The secondary market allows firms like Brookfield to replace existing investors in private funds or direct investments. The Toronto-based alternative asset manager made its first such transaction with the purchase of an interest in a multifamily residential project in Los Angeles, led by a new group that’s focused on real estate secondaries.

Brookfield plans to build out teams for infrastructure and private-equity secondaries in the coming months, said Chris Reilly, the Brookfield managing partner leading the effort.

“We’re seeing a tremendous volume of opportunities in the real estate secondaries space. Right now, we’re evaluating about $13 billion worth of investments,” Reilly said. “Bringing large sums of capital to those investment opportunities is one of the Brookfield advantages.”

Brookfield, which manages about $550 billion, is a major player in real estate, infrastructure, and private equity around the globe. That scale gives Brookfield the advantage of having real-time market data in those segments, allowing it to move quicker than peers, Reilly said in an interview.

To build out the business, Brookfield has hired two former executives from Partners Group Holding AG, Marcus Day and Fabian Neuenschwander, who specialize in real estate secondaries. Reilly said they plan to hire and have a team in place in the next couple month on the infrastructure side, and hire the team for private equity shortly after that.

Secondary investments in private markets have tended to generate returns in the mid-teens, Reilly said. That has attracted competitors like TPG Capital LP, which hired former Canada Pension Plan Investment Board executive Michael Woolhouse in July to lead its own U.S. and European secondaries business. Other firms including Blackstone Group are already major players in secondary deals.

“I think you’ll see more and more managers look to get into the space,” Reilly said.

Flatt said at an investor day in September that the market for secondaries has evolved as institutional clients have shifted more capital into alternative assets. Twenty years ago only 5% of institutional client portfolios were in alternatives, compared to 25% now, and that number keeps growing, he said at the time.

“As a result of that, a whole business has emerged of secondaries and trading the LP commitments that are in funds,” Flatt said at the time. “We think this can be very significant. It’s a meaningful extension for us and the business never existed before.”

It’s one of the four avenues for growth Flatt highlighted at the investor meeting. Brookfield is also looking to expand into ESG funds and has hired former Bank of England governor Mark Carney to lead that charge. The Toronto-based asset manager also sees growth in data infrastructure and insurance, the CEO said.

Flatt said he believed the four segments could eventually have between $225 billion and $450 billion in assets under management.