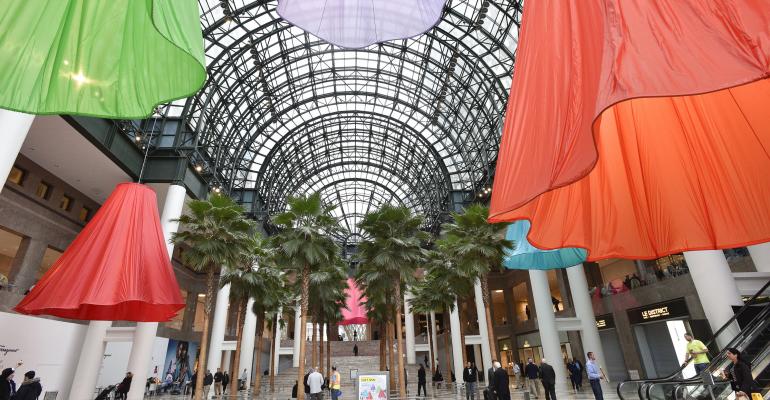 Brookfield Is Sitting on $60 Billion to Help Weather Pandemic

Brookfield Asset Management has more than $60 billion in cash to help it survive the pandemic.

(Bloomberg)—Cash is king in times of crisis, according to Brookfield Asset Management Inc.’s chief executive officer, and the alternative-asset manager has more than $60 billion to weather the coronavirus pandemic.

If a business isn’t prepared for situations like the Covid-19 outbreak that’s rattled markets, it’s often too late once such a crisis hits, Bruce Flatt said in a letter to shareholders Thursday.

“In reflecting on what really matters to our business, it is liquidity, liquidity and liquidity, in that order,” he wrote in the letter. “The most damaging thing for any business owner is to find yourself out of business and unable to participate in the recovery, or in a position of needing to issue shares which dilute the owners, and therefore make it impossible to ever recover from undue dilution at the wrong time.”

Brookfield is well-positioned to make it through the pandemic, with $46 billion in client commitments for new investments and $15 billion in cash, other financial assets and long-dated credit facilities across its various businesses that remain largely undrawn, Flatt said.

“We will continue to add to our liquidity and deploy capital as opportunities arise,” he said.

During the first quarter, Brookfield shifted its strategy to investing in public companies that were trading at a fraction of what it cost to acquire assets directly from the companies. The company invested roughly $2 billion in public equity markets, including repurchasing its own shares and those of its publicly traded subsidiaries, Flatt said.

“We have also built up toehold positions in the shares of several companies that we feel, like ours, are being significantly undervalued in the current market environment,” he said.

The company also said it plans to nominate former Royal Bank of Canada Chief Financial Officer Janice Fukakusa to its board at this year’s annual general meeting.

The coronavirus has had an impact on Brookfield’s various businesses, Flatt said, but they remain in “good shape,” with its Oaktree business continuing to find opportunities in distressed debt. Brookfield’s retail real estate business will be stronger than in the past over the medium term, benefiting from premier locations and consolidation in the retail environment, he said. The focus now is shifting to reopening.

“We are also working hard to ensure that in those businesses that have been affected, we are able to not only withstand the downturn, but also use our capital position to enhance operations through this period of stress,” Flatt said. “While a large portion of our businesses have operated throughout this crisis as they are critical infrastructure, we have now moved our focus to the reopening phase for all of our remaining operations and offices.”

To contact the reporter on this story: Scott Deveau in New York at [email protected].