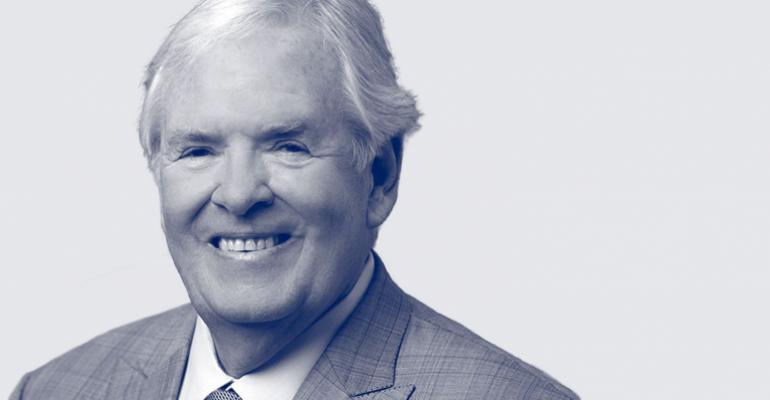 Cannae Holdings and Senator Investment Group LP send a letter to CoreLogic on Friday proposing an acquisition at $65 per share in cash.

Cannae and Senator sent CoreLogic’s board a letter Friday outlining a proposal to acquire the Irvine, California-based company for $65 a share in cash, they said in a statement. The bid values CoreLogic’s equity at about $5.2 billion, and represents a 23% premium over its closing price on Thursday. Including debt, the offer is worth about $7 billion, according to the letter.

“Despite its strong market position as a provider of data and analytics for the real estate and mortgage industries, we believe the company will not achieve its full potential under its current strategic plan,” Cannae Chief Executive Officer Richard N. Massey and Quentin Koffey, a partner at Senator, said in the letter. “We therefore believe the proposed transaction is in the best interests of all the company’s stakeholders.”

Cannae and Senator hold an economic interest of about 15% in CoreLogic, the letter shows. Each party owns about 50% of the stake, according to a person familiar with the matter. There have so far been no formal discussions with the company, the person said, asking not to be identified because the details are private.

CoreLogic said in a statement Friday that Cannae and Senator hadn’t previously expressed interest in acquiring the company, and that its board will review the proposal with the help of financial and legal advisers. “CoreLogic continues to focus on successfully executing on its business plan to drive shareholder value,” it said in the statement.

Cannae and Senator said in its statement Friday that it’s prepared to take “all steps necessary” including calling a special meeting and launching a proxy fight if the company fails to engage. Cannae and Senator said they could sign a definitive merger agreement within one month, provided they’re given adequate due diligence.

Foley, 75, is chairman of Cannae, a holding company that houses his investments in title-insurance provider Fidelity National Financial Inc., financial technology firm Fidelity National Information Services Inc. and software company Black Knight Inc. Cannae was also part of a consortium that purchased data and analytics provider Dunn & Bradstreet Corp. in February 2019. The firm is now planning to raise as much as $1.4 billion in an initial public offering.

Cannae raised $412.5 million via a share sale this month that it said could be used for acquisitions and investments. Separately, a blank-check company set up by Foley, Foley Trasimene Acquisition Corp., raised $900 million for deals targeting financial technology or business process outsourcing companies.

New York-based Senator hired Koffey last year as a partner to run its new activist platform. Koffey is a former executive at Elliott Management Corp. and D.E. Shaw, where he oversaw several high-profile activist campaigns, including at retailer Lowe’s Cos., Bunge Ltd. and EQT Corp.