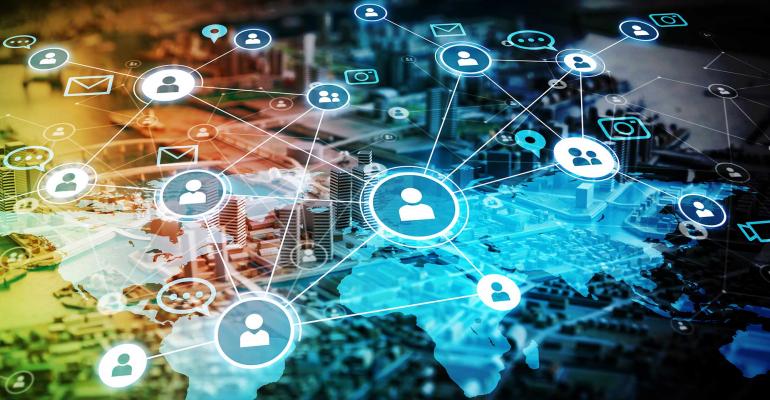 In the second article in a seven-part series on real estate crowdfunding, Adam Gower writes about how raising money online is no different from anything you’ve done before. It just leverages technology to scale the effort.

This is the part two of a seven-part series on crowdfunding. Read part one here.

As soon as the JOBS Act of 2012 passed introducing crowdfunding, the potential for digital marketing systems to disrupt real estate finance, as it has done for so many other industries, became a reality. The early adopters were beginning to emerge, were gaining traction, and were quickly talking of success stories. Leaders like Ben Miller at Fundrise, Jilliene Helman at RealtyMogul, Nav Athwal at RealtyShares, Eve Picker at SmallChange and others, were testing the intersection between the old, staid world of commercial real estate and the new world of content marketing.

The world of large-scale fundraising was being revolutionized. Developers for generations have only ever raised money from people they personally knew. Essentially all fundraising was always done via in-person meetings.

Until crowdfunding changed everything.

Fast forward to today, and you have crowdfunding platforms like CrowdStreet who have successfully raised over $1.3 billion in equity, RealtyMogul who have raised over $500 million, and Fundrise who are said to raise between $1 million and $2 million a day. Private firms going direct to investors are also increasingly taking to crowdfunding with Origin Investments, one of the early adopters, proving the thesis by famously raising $105 million within 17 hours in late 2018.

Be warned, however, crowdfunding is very powerful, very effective, but it's not for everyone.

Implementing sophisticated lead generation digital marketing systems that build email lists and convert prospects into being active investors on autopilot are only effective to a point. Without having a good deal flow, with terms that are attractive to investors, it doesn’t matter how strong the sales machine, you’re not going to raise money.

The reason successful developers do so well is because they have good deals to put into their sales funnels and have a good story to tell that shows how they can make money for their investors. Without good deals worth investing in, it won’t matter how strong your equity building mousetrap might be, you won’t have anywhere to direct your equity.

And also keep in mind, crowdfunding is not a quick fix.

While raising money online does expedite what has traditionally been dominated by laborious in-person meetings and interaction, it still requires patience. While it is true that some people will invest within days of first hearing about an opportunity via a Facebook ad and who make their investment with zero direct contact with the sponsor, this can only happen when the groundwork has been put in place first.

Prospects who convert entirely online with no human interaction only do so because they are navigating a tailor-made system that can make an investment opportunity practically irresistible to them. While it may take only a few days between finding and converting a prospect into being an active investor, building the system to enable that to happen takes time.

Like building a ground up development where the benefits from rental income only start after you’ve gone through the construction phase, so raising money from investors online require construction (of the systems) before you can commence recruitment.

For committed and motivated sponsors who understand that real estate is about building something today in order to reap the rewards tomorrow, this is a blue ocean opportunity.

With the SEC on a roll as they continue to relax restrictions on real estate crowdfunding, there is a lot of money that can potentially be made. It doesn’t matter what real estate asset class you work in, crowdfunding works for all of them. In fact, everything you’re learning as you go through this Special Series has been tried, tested and applied to just about every industry out there and only just now coming to real estate syndication. What you’re getting is a shortcut to best practices.

The old world of Rolodex cold calling has fallen by the wayside and we were facing the dawn of an entirely new era.

Leverage what you already do

Now don’t worry about not knowing anything about digital marketing or social media. When I started, I had absolutely zero clue. Seriously. I knew nothing about websites, social media, digitization (what the heck is that?!). My foundation was a reasonably decent ability to use Microsoft Outlook, Word, Excel and PowerPoint, and that was about it but... I knew real estate finance was going to change very quickly so here’s what I did.

I started by tracking all the people that I spoke to for my podcast and watching what their companies were doing. I identified best practices and (personally) built the same systems as they were building to learn more about them and to see what worked best.

It was extremely difficult to do, I kid ye not. It was one of the steepest learning curves I’ve ever had to go through and for which the opportunity cost was loss of income from real estate investing while I ‘went back to school’ to learn the science of digital marketing. But it was worth it (in spades) and now I’m sharing all the secrets with you so you can get up and running in weeks not the years it took me.

By compressing these complicated systems into formulaic blueprints and formulas tailor made for commercial real estate professionals, our clients are discovering how to pick up and develop their own capital raising systems.

The profound difference is you are going to be recording it all, and distributing it in a way that attracts prospects to you, satiates their interest in what you’ve got, and predisposes them to wanting to invest with you before you even speak to them.

Real estate developers who have discovered crowdfunding are raising tens of millions of dollars, sometimes in minutes, without even having to meet with investors and in this series, you’re going to learn exactly how they are doing it.

With scalability, consistency, and well-tested principles, even a young syndication can begin to achieve success. But how do we begin to put this well-oiled and principled machine into motion?

In the next part of this series, we will talk about how to use branding and consistency to help you move closer to achieving your goals, and I am going to show you the three building blocks you can put in place immediately to start raising money online now.

Adam Gower, Ph.D., who is an authority in real estate crowdfunding and is known as the creator of the Investor Acquisition System, combines a lifetime of experience in real estate investment and finance with best-of-class digital marketing tactics, techniques, and strategies to help crowdfund real estate syndications. Find out more in this new book, SYNDICATE or at GowerCrowd.com