Creative office space has continued to move from a trendy niche to a formidable segment of the office market for both tenants and investors. A new report released by commercial real estate services firm Transwestern shows that creative office projects across the country have been generating “staggering” returns for investors, thanks in large part to growing appetite for the product type from institutional buyers.

The genesis of this research project started with the 2016 sale of Google’s Midwest headquarters in the River West area of Chicago. Developer Sterling Bay Company bought the former cold storage warehouse in 2012 for $12 million, renovated and leased it to the tech giant, and then sold it last summer for $303.6 million, according to Transwestern.

That price exceeded a lot of the pricing metrics and valuations that most watchers in the Midwest thought was possible, notes Michael Soto, research manager, Southern California, at Transwestern.

“We started connecting the dots and seeing that this type of strategy was happening all over the country and some well-positioned, well-timed projects were starting to make their sale exits,” says Soto. And many of those sales were commanding prices on par or even higher than trophy class-A office towers.

The tech industry was one of the first to locate in creative office spaces. However, the pool of tenants interested in that type of space is proving to be much broader and deeper, which in turn is driving demand and sending rental rates and properties values soaring. “These types of stabilized creative office projects are on the radar of a lot of institutional investors now who are looking to place money in core and core-plus properties,” Soto notes.

Some people view creative office as the “office of the future” and a key ingredient in employee retention and recruitment, says Josh Simon, a managing director in the Denver office of capital services provider HFF. Investors are taking note of the tenancy that these buildings are attracting, as well as the returns they are generating. “What we’re seeing in Denver is that creative office is in high demand and we’re seeing demand expand in the institutional space,” Simon adds.

Adaptive re-use of former industrial and retail properties has continued in both urban and suburban areas. “We are starting to see this adaptive re-use strategy on a much, much larger level,” says Soto. A growing field of buyers that includes pension and private equity funds, life insurance companies and foreign funds will likely add even more fuel to that fire. That being said, investors are still being very selective about location and credit quality of the tenants, Soto notes.

The Transwestern report highlights the sale of creative office projects in major metros including Boston, Chicago, Los Angeles, New York, Phoenix, San Francisco and Austin, Texas. The five properties that have commanded the highest price per sq. ft. include:

Originally built in 1900, this former Hoffman building warehouse was renovated to creative office use and now serves as the corporate headquarters for Converse Inc. Related Beal acquired the asset in 2012 for $22.5 million or $54 per sq. ft. and sold the renovated property to Union Investment Real Estate GmbH on behalf of its open-ended real estate fund Unilmmo in March 2016.

The Reserve in Los Angeles
Courtesy of Oe-Ueda Photography

Originally built in 1971, this former U.S. Postal Service sorting facility was renovated to creative office space. The property sits on a 20-acre site at the edge of a restored wetlands and wildlife preserve. Major tenants now include Microsoft, Verizon, TMZ and Sony PlayStation. Shorenstein Properties and Worthe Real Estate Group acquired the asset in 2011 for $43.9 million or $116 per sq. ft. and sold it to Invesco in 2015.

Originally built in 1978, this former back-office flex call center was renovated to creative office. Current tenants include Omnicom Media, ARUP and Regus Tech Suite. Vantage Property Investors acquired the asset in August 2011 for $33 million or $169 per sq. ft. Rockwood Capital purchased the asset in July 2016. The campus-style creative office space was designed by Gensler and combines interesting architectural features, such as a 50-foot glass atrium with outdoor communal space that includes everything from food trucks and shared bikes to outdoor ping pong tables.

Originally built in 1937, this former wholesale furniture mart was renovated to creative office space in 2013 and now serves as the corporate headquarters for Twitter. Shorenstein Properties acquired the property for $120 million or $112 per sq. ft. in 2011 and sold it to JP Morgan Asset Management in August 2015. The project consists of two buildings that are linked by a landscaped plaza and the property also features amenities including a food market, restaurants and a fitness center.

This former vacant warehouse was originally built in 1909 for Siegel Cooper department store, and eventually redeveloped into an office building. Private equity and investment firm Savanna acquired the property in 2012 for the purchase price of $75.8 million or $269 per sq. ft. It was renovated to creative office space and is now leased to Twitter. The property was acquired by New York REIT in August 2014. 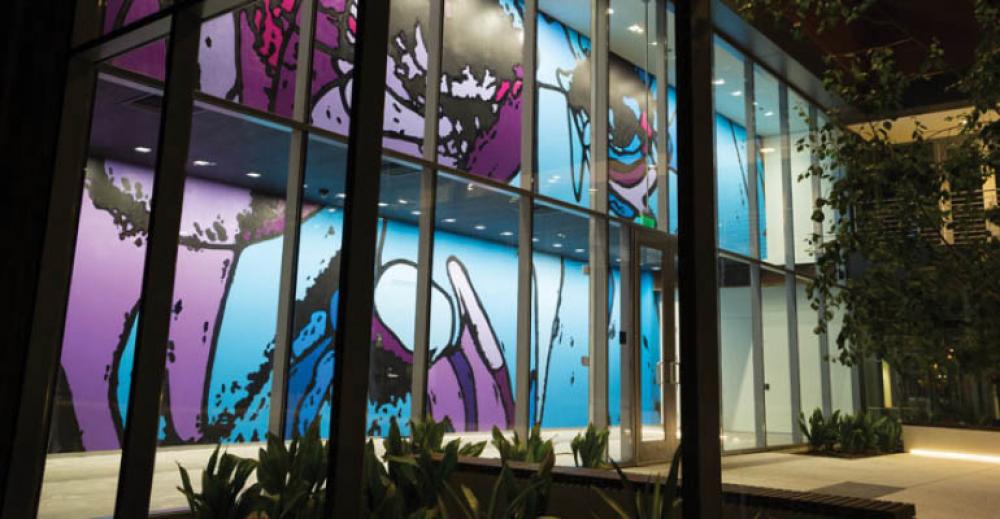