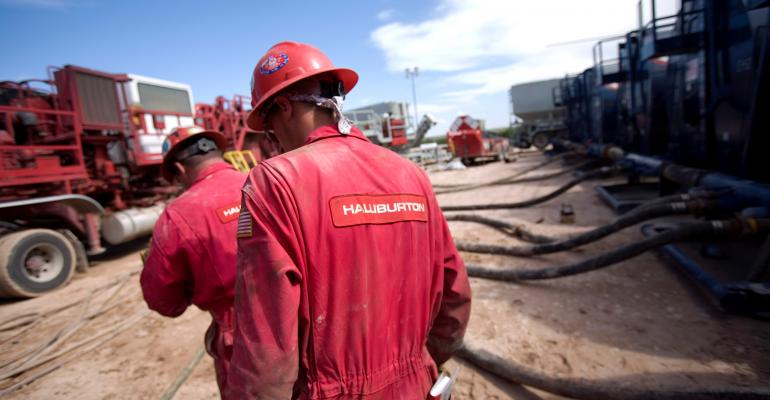 (Bloomberg)—Halliburton Co. has been slashing jobs and retiring fracking gear as low oil prices crushed its order book. Now it’s going one step further by selling the land its business rested on.

The world’s biggest provider of fracking services plans to sell 13 North American sites in October, according to a statement from auctioneer Williams & Williams on Tuesday.

Only serious buyers are invited to participate because the properties will be sold on a “where is, as is” basis, which means that once a bid is accepted, there’s no turning back. The parcels span a wide swath of the North American oil patch, from Edmonton to South Louisiana.

Emily Mir, a spokeswoman at Halliburton, declined to comment.

The auctions will involve a mix of online and in-person bidding from Oct. 5 through Oct. 9, according to the statement. Halliburton is in the midst of cutting thousands of workers and shifting attention outside of North America to regions where it expects to see better sales growth.

Chief Executive Officer Jeff Miller said last month that the rest of the $1 billion worth of cost cuts his company is aiming for will wrap up by the end of September, with part of those savings coming via real-estate rationalization.

To contact the reporter on this story: David Wethe in Houston at [email protected].

To contact the editors responsible for this story: Simon Casey at [email protected]