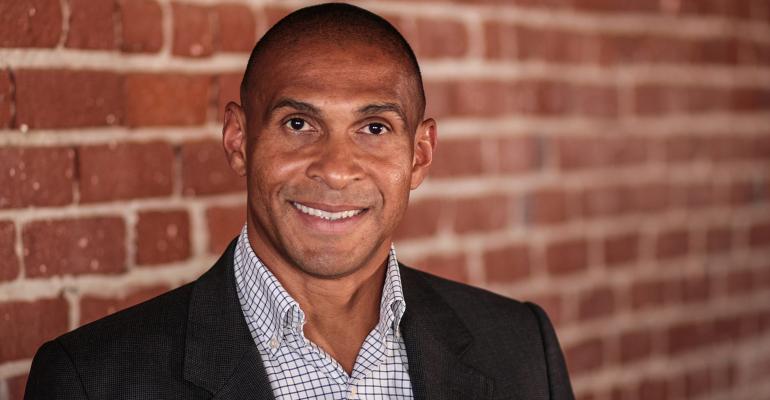 The founder and CEO of SoLa Impact talks about his plans for the new Black Impact Fund and what type of investors it’s targeting.

Martin Muoto, founder and CEO of the Los Angeles-based SoLa Impact socially driven real estate funds, talks a lot about “leveling the playing field.” In Muoto’s universe, that field is populated by residents of Black and brown communities across the country.

By the end of next year’s first quarter, Muoto expects about one-third to one-half of the $1 billion in funding to be nailed down. Individual investments will range from $5 million to $50 million-plus, he says.

“We’ll see who ultimately crosses the finish line with us,” Muoto says. “A lot of people are starting the marathon with us.”

One key aspect that sets the Black Impact Fund apart from other real estate investment funds is its social mission. Thirteen percent of fees and asset appreciation will be earmarked for the affiliated non-profit Black Impact Community Fund. The community fund will leverage the for-profit fund to build homes for people to purchase at the cost of construction, with no markups. In addition, the community fund will team up with faith-based organizations, local governments agencies and non-profits to use surplus land and underused lots for affordable housing or related projects.

The Black Impact Community Fund will also expand on SoLa Impact’s practice of providing academic scholarships and building technology education centers for young people. In 2020, SoLa Impact, the Black Impact Fund’s predecessor, has awarded more $1 million in vocational scholarships to young people in South Los Angeles, one of the poorest neighborhoods in the country.

Muoto chatted with NREI about what prompted the formation of the Black Impact Fund, where the fund will invest the $1 billion and which types of investors are being targeted.

This Q&A was edited for length, style and clarity.

NREI: What was the impetus for creating the Black Impact Fund?

Martin Muoto: We’ve figured out ways to invest in Black and brown communities with intentionality and pragmatism, but more so with impact and ensuring that the communities that we invest in really move forward and our multifamily tenants really see the benefit of those investments. This is something that I’ve been working on, personally and professionally, for the last 12 years.

Over the summer, with the heightened awareness of racial inequality in the country, we felt that the timing was right to start a platform that is one very important lever of creating a more level playing field for Black and brown communities. For us, that starts with affordable housing. We think private capital can do this at a speed and scale that public capital can’t.

Affordable housing as a real estate category is possibly the best category that’s out there. We’ve talked to investors that loved retail, that loved office, who two to three years ago were saying, “Well, your tenants don’t seem that creditworthy.” Today, how are their triple-A creditworthy tenants doing? A lot of the large retailers and a lot of the Fortune 1000 companies are suddenly pulling back on their leases and strategically defaulting or declaring bankruptcy, and our tenants are not. Our tenants are paying rent. Our collection rates are in the mid-90s.

NREI: Geographically, where will the money from the Black Impact Fund go?

Martin Muoto: We’re going to be in major metropolitan areas, in Black and brown communities, where there is an acute housing shortage. Phase One is going to be California. Phase Two is going to be the Pacific Northwest. Phase Three is going to be cities that are really partnering with us. Places like Atlanta, Philadelphia, D.C. and Baltimore are where we’ll be opportunistically only if a city creates the right sort of environment and we have great partners in these cities to help scale the business.

NREI: Who do you foresee investing in these funds?

Martin Muoto: We’re getting incredible demand from the large endowment funds. We’re getting incredible traction with the large financial players on the private wealth side—the likes of UBS and Goldman Sachs—as well as the banks. We have a $100 million commitment from a large bank that wants to do this. It’s a top 25 bank. There are also high-net-worth individuals and family offices that we expect to be investors, along with private foundations and pension funds. We’re already in due diligence with around 10 institutional investors.

Just to be super clear, we are trying to be very intentional about who we pick as partners. We want people and institutions that are mission-aligned and that are really in this for the right reason. We’re unapologetically a for-profit platform, but we’re a for-profit platform that is also unapologetically an incredible social impact platform. So, we look at both of those things. I really don’t want people to invest simply because we’re a minority-led platform investing in minority communities.

Over the summer, with the Black Lives Matter movement and so on, everybody was putting out press releases and wanting to one-up each other about what they’re doing for Black and brown communities. Okay, that’s fantastic. For us, it’s about picking the right partners that are really committed to finding ways to create a more level playing field for all. I don’t spend a lot of time talking about the problem. I want to spend time talking about how we create solutions, not how we got to this point. We can spend all of our time talking about that, but it quickly becomes very polarizing.

The country is being torn apart, and there’s polarization on so many issues. If you look at the great empires in history, the one thing that undermines them is when they get divided and they start to turn on themselves. The issue of race is a polarizing one, and therefore we do have to address it for the sake of the country, to create a more even playing field and to grow the pie. When the pie looks like it’s shrinking, people get very tribal, very “It’s me or you.”