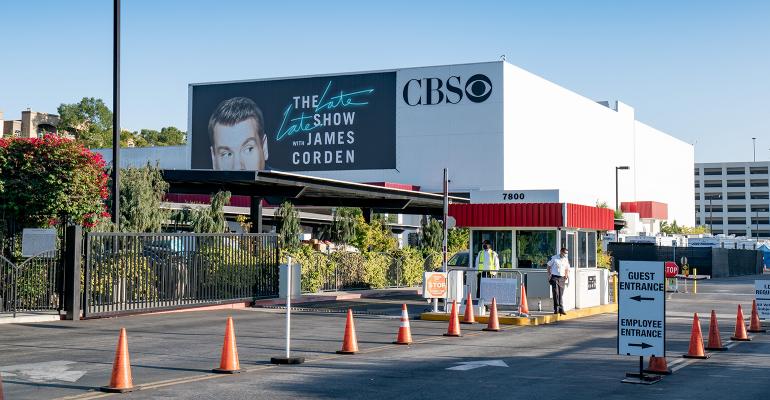 The 2.2 million-sq.-ft. transaction made almost as big of a splash as Avengers: Endgame did at movie theaters last year.

To be sure, Blackstone and Hudson Pacific are marquee names when it comes to ownership of studios where films, TV shows and digital programs are produced. But in a more behind-the-scenes capacity, a partnership between Hackman Capital Partners LLC and Square Mile Capital Management LLC has amassed nearly $3.8 billion in studio and media assets in less than two years. The seven U.S. assets encompass 60 soundstages and nearly 3.6 million sq. ft. of space. In short order, their partnership has become what’s said to be the country’s leading independent owner and operator of production studios.

Several forces are driving up interest in production studios as investments, according to Jesse Goepel, managing director of investments at Square Mile Capital.

First, Goepel says, some studios are controlled by wealthy families and individuals who are longtime owners and are ready to sell their assets. In addition, some media companies have adopted a “real estate light” strategy, preferring to sell the studios that produce content and concentrate on producing the content. Also, he says, some real estate investors are eager to own properties like production studios that offer attractive yields.

“Investors plan to continue to grow their portfolios of studio assets. These are operating businesses, not just real estate, and as such have real efficiencies and economies of scale,” says Billy Sherman, managing director of New York City-based real estate investment bank Eastdil Secured LLC, Hudson Pacific’s lead adviser in the Blackstone deal.

Perhaps the most significant factor in the current revved-up investor interest in studios is the stepped-up competition to generate digital content and sign up subscribers. New players, including Apple+, Disney+ and Peacock, have joined fixtures like HBO, Netflix and Amazon in trying to draw eyeballs to digital content. Last year, U.S. media and entertainment companies spent $121 billion on original content, including movies and TV shows, Variety reported in January.

“It’s an arms race for subscribers, and the way to differentiate yourself and to get subscribers is to continue to produce new content,” Goepel says.

Work-from-home and stay-at-home practices during the coronavirus pandemic have only accelerated consumption of digital content and, therefore, have boosted demand for production studios. The evidence of heightened consumption is voluminous. For instance, a study by Hub Entertainment Research LLC showed that 28 percent of U.S. consumers had subscribed to at least one new streaming service since February. And a survey taken in May by the TransUnion credit bureau found that 48 percent of U.S. consumers had subscribed to three to five streaming services, up from 37 percent before the pandemic.

Amid the streaming flood, many content producers are now maneuvering to lock in long-term leases for studio space to lock out competitors that also are shopping for space, says Goepel. That leasing trend makes production studios all the more desirable for real estate investors, he notes.

“Content creators are struggling to find existing stage space to accommodate their productions, which is leading to a historically low vacancy for stages,” Peters says.

“The supply-demand dynamics are very favorable. There’s a limited number of high-quality, purpose-built studios around the country, and the demand is just skyrocketing. Fundamentally, it’s a real estate play in terms of supply and demand,” he says.

The fact that few purpose-built studios have been constructed in recent decades in major entertainment markets contributes to those dynamics, says David Lazarus, managing director of Eastdil Secured. Why the lack of new supply? Lazarus says factors like the cost, availability and “highest and best use” of land in prime locations generally haven’t supported the economics of opening new facilities.

Embracing the supply-and-demand dynamics, the Hackman Capital-Square Mile Capital partnership has built a star-studded portfolio of assets. Here are some highlights:

“We’re looking for top quality real estate in the top global production markets around the world,” he says. “We’re certainly going to continue to be acquisitive in the markets that we like with assets that we like and at pricing that makes sense.”

Los Angeles remains the world’s production capital, boasting 5.5 million sq. ft. of soundstages, according to Eric Willett, regional research director at CBRE in Los Angeles. As such, many acquisitions of production studios happen in Southern California, he says.

But in carrying out more acquisitions, the Hackman Capital-Square Mile Capital joint venture isn’t eager to bask in the spotlight, in part because the companies want to avoid attention that could lead to higher prices for assets, according to Goepel.

“We prefer it that way. We want the focus to be on the execution,” he says.